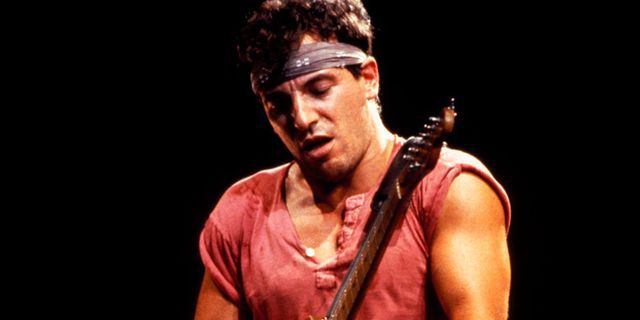 (April 21, 2015) After gaping at many, many lists of “best of” Bruce Springsteen songs, I decided to come up with a list that’s certainly not unique but eternally worthy of debate.

So, for what it’s worth, here are my three favorite Bruce songs covered by other artists…along with an honorable mention.

“Doo Wah Diddy Diddy,” that curious mid-’60s song by Manfred Mann (the name of the South African musician who founded the band) was its ticket to membership in the British Invasion. The band followed up with another hit, “The Mighty Quinn.” But by the end of the sixties, as the long-haired-bangs and identical suit novelty had worn off, the band regrouped as the Manfred Mann Earth Band, to distinguish its evolving sound as “earthier” and serious rock ‘n’ roll.

Meanwhile, in the fall of 1972, Bruce Springsteen was working on his first album, which would become Greetings from Asbury Park, N.J. Although “Blinded by the Light” was designated as the hit single by Columbia Records president Clive Davis, who purposely placed the song first on side one, the song didn’t do well commercially and was AWOL from the Billboard charts.

Well, it would become a big hit for…you guessed it. The Manfred Mann version was longer, more instrumentally diverse and included a piano “chopsticks” interlude that was truly exceptional. The cover charted its way to the top of the Billboard charts in February 1977.

Here is a 1975 Manfred Mann version, published by March Graham and courtesy of YouTube: 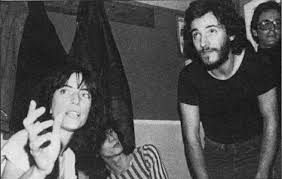 The song, “Because the Night” tops the lists of most “best of” Springsteen cover song lists on the internet, but perhaps it’s not well-known that the song was technically co-written by the artist who made the cover famous. Springsteen started writing the song for his 1978 Darkness on the Edge of Town sessions, but abandoned it as “another love song.” (I can relate: Most men grow tired of love songs by age 30.)

In a superb moment of rock ‘n’ roll serendipity, it so happened that Patti Smith was working on her album Easter in the studio next to Springsteen’s. When Bruce lost interest, producer Jimmy Iovine brought the tape to Smith, who changed some lyrics before recording it. It would become Patti Smith’s biggest hit ever. Ironically, when Springsteen included the song for his 2010 compilation album  of abandoned Darkness songs titled The Promise, he re-recorded “Because the Night” using Smith’s lyrics. Here is Patti Smith in all her glory, courtesy of YouTube:

“They Blew Up the Chicken Man in Philly Last Night…”

The opening lines to the song, “Atlantic City”…they blew up his house too…referred to a Philadelphia mafia boss nicknamed the Chicken Man (real name: Phillip Testa), who was killed by a bomb planted in his South Philadelphia home in 1981. It’s a song about a young couple gamely dealing with gambling and violence that had reached the Jersey shore town.

Springsteen recorded “Atlantic City” for his 1982 solo album, Nebraska, in a slow, moody tempo that reflected the album’s tone. I among others yearned for a more spirited version and many bands have tried, including Counting Crows, Peter Yorn and Eddie Vedder. I love The Band’s take on “Atlantic City” the best (the recorded version is on The Band’s album Jericho): 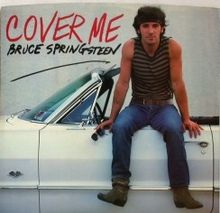 The song, “Fire” was another song that didn’t make the cut on 1978’s Darkness on the Edge of Town and ended up, like “Because the Night,” on the 2010 reissue The Promise. Reportedly, Springsteen’s manager Jon Landau deemed “Fire” as not representative of the theme for the Darkness album, and was afraid that Columbia Records would release the song as the album’s hit single.

It became a hit single all right…for The Pointer sisters. The Pointers’ version reach number two in January 1979. The supreme irony: no Bruce Springsteen song had, up to that point, charted so well. Springsteen would remedy that the next year, when “Hungry Heart” became the first of 12 Bruce songs to hit the Top 10.