(June 16, 2014) Perhaps House Majority leader Eric Cantor (R-VA) should have attached that iconic quote (also attributed to Rudy Giuliani and a host of usual suspects) to his sun visor or appointment book.

As it was, on the morning of the Republican primary for Virginia’s 7th Congressional district, Eric Cantor was nowhere to be found in the district: a tree-lined, upper-income string of suburbs north of Richmond.

According to today’s edition of Politico, Cantor spent that primary morning “huddled with lobbyists at the Starbucks on Capitol Hill.” Cantor seemed to have nothing to worry about. His internal polling had him up 34 points. (Pollster McLaughlin & Associates: shame, shame, shame on you. But you can go ahead and keep working for the R’s.)  He had outspent his opponent, wing-nut Libertarian college professor David Brat, by $5 million to around $200,000 (that’s 25-1).

But, according to the Nation, Cantor “burned through a significant amount on lavish travel and entertainment instead of election advocacy…Cantor’s PAC spent at least $168,637 on steakhouses, $116,668 on luxury hotels…and nearly a quarter-million on airfare (with about $140,000 on chartered flights).” Something tells me that much of that travel was not through the 7th district. 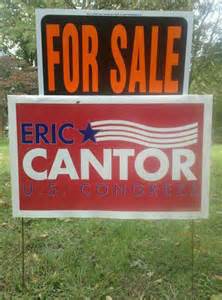 So what actually caused this historic electoral loss? (His is the first primary loss by a sitting House majority leader in this country’s history.) My thoughts:

Contrary to the mainstream media, it wasn’t about immigration. Yes, candidate Brat made immigration  a campaign calling card, even declaring Cantor to be “the No. 1 cheerleader in Congress for amnesty.” But Brat was wrong on this one. The Times: “More than anyone else in the House, including Speaker John Boehner, Mr. Cantor was responsible for the chamber’s refusal to vote on the Senate’s immigration bill.” In any case, according to exit polling done by Public Policy Polling, about 72 percent of voters polled in the 7th either “strongly” or “somewhat” supported immigration reform. And please don’t forget Sen. Lindsey Graham (R-SC). He cleared his primary opponents on the same day as Virginia’s primary by never wavering his support for reform (not that his ‘yay’ vote on the bipartisan Senate reform bill would have left him any “wiggle room” otherwise).

Far from assertions of a tea party resurgence with Brat’s win, the tea party basically sat this one out. According to the Wall Street Journal, “no major Tea Party or anti-establishment GOP group spent funds to defeat Cantor.” There were no obligatory endorsements from Sarah Palin or any other tea party “favorites.” However, a peripheral cheerleader for tea party causes–right-wing radio–can claim major credit for Brat’s win. Conservative talk show host Laura Ingraham made numerous appearances in the district, including a rally at Eric Cantor’s own country club, giving Brat valuable free media. Like-minded hosts Glen Beck and Mark Levin pitched in as well, propelling Brat’s campaign with an urgency “other than the dislike of Eric Cantor,” according to Larry Sabato, of the University of Virginia. Sabato believes Ingraham’s support was the deciding factor in the upset election. (emphasis mine.)

Eric Cantor was beaten by his Wall Street connections and House leadership responsibilities, both of which kept him from Main Street Virginia. The post-mortem surely arrived when Marketwatch.com, the premier website for investors, headlined a story, “Eric Cantor’s Loss a Blow for Wall Street.” In his leadership position, Cantor was “Wall Street’s go-to guy…His first committee assignment was on Financial Services…his wife worked for Goldman Sachs.” Brat’s anti-Washington message got a big boost when his opposition research got a hold of the STOCK Act.

The STOCK Act, a bill to crack down on insider trading, was significantly watered down [emphasis theirs] by Cantor in early 2012.The lawmaker took out provisions that would have forced Wall Street “political intelligence” firms to register as political lobbyists, and removed a section of the bill to empower prosecutors to go after public officials who illegally trade on insider knowledge.

Brat had a field day with this and other examples of Cantor performing the typical duties of a House leader: to carry water for well-heeled Republican donors. Brat’s campaign became a “textbook example” of right-wing populism, as he blasted away at Cantor’s complicity with K Street, TARP, the big banks and “crony capitalists.” In fact,

Brat’s rhetoric also echoes some themes heard in Occupy Wall Street and other progressive movements of recent vintage. Many left-wingers would nod in approval at Brat’s denunciation of Wall Street and business malefactors and their supposed domination of politics and media.

Well, keep those champagne bottles corked. Brat’s populist messaging was useful to unseat an establishment Republican, but, in reality, this was just verbal misdirection out of the Rand Paul playbook. Brat will become one more member of the House wing-nut brigade. Governing will become more difficult. The president’s agenda will be harder to achieve. 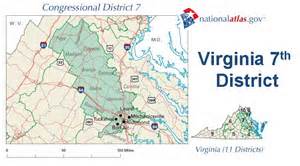