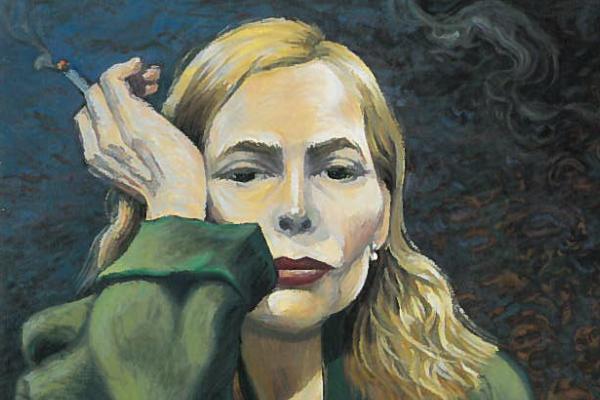 A self-portrait by a recording artist who found joy through painting. Source: jonimitchell.com.

“I sing my sorrow and I paint my joy.” Seven enduring essentials about Joni Mitchell. 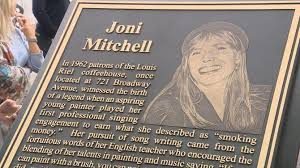 In a respite from the constant scuttlebutt concerning Joni Mitchell’s alleged declining health and monastic lifestyle, a celebration took place this past weekend.

The Canadian city of Saskatoon, Joni’s adopted hometown, announced an “overdue” recognition of the local musical legend by naming a river walk in the center of town Joni Mitchell Promenade. The naming ceremony and the unveiling of a plaque happened last Sunday, June 10.

Joni watched a live stream of the event at her Los Angeles home. Lifelong friend Sharolyn Dickson was there on her behalf.

In the spring of 2013, Joni granted a lengthy interview to Jian Ghomeshi of CBC news: The National, a Canadian Broadcasting program. Joni was interviewed in the comfort of her California “hacienda” and she was both relaxed and feisty, guarded and outspoken. Here is a manageable 16 minute excerpt, copyright CBC and courtesy of YouTube:

The old saying, “what doesn’t kill you makes you stronger,” surely applies to Joni Mitchell. At age nine, she contracted polio in an epidemic and spent weeks in isolation, singing at the top of her lungs. Joni recovered from polio with a renewed resolve to explore her creative talent.

On March 31, 2015, Mitchell was found unconscious in her LA home. As expected, the internet howled with rumors and there was speculation that she was in a coma. That turned out not to be true, but her speech and mobility took a hit.

It was confirmed Mitchell suffered a brain aneurysm. But she’s back on her feet. She’s started to make public appearances, most recently to visit old friend and lover James Taylor backstage at the Hollywood Bowl on June 1, 2018. 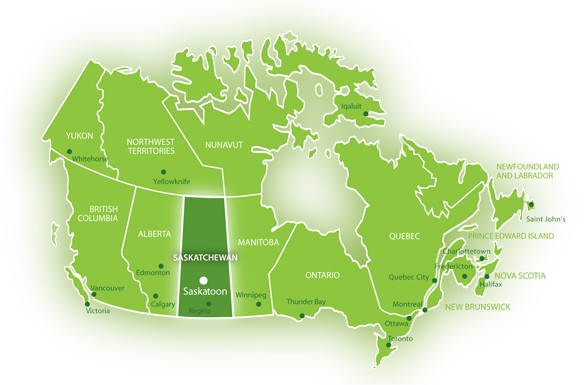 Two years after her polio ordeal, Joni moved with her family to Saskatoon, Saskatchewan, and to this day she calls it her hometown.

Mitchell divides her time between Los Angeles and her 80 acre country home in Sechelt, British Columbia (BC). She famously said in 2006, “LA is my workplace, but BC is my heartbeat.” 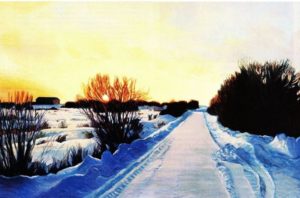 I have always thought of myself as a painter derailed by circumstance.”
–Joni Mitchell

That’s Joni’s artwork on most of her albums.  Her devotion to painting is rooted in her awe of Van Gogh and Matisse and her sweet memories of the prairies of rural Canada. She told the Toronto Globe and Mail, “Because I am so busy and I think of myself as a painter, I desperately guard the time I have to paint. Because painting is obsessive, I forget to eat. I forget to sleep. It’s not like it’s a voluntary thing. I’m driven to paint.”

Joni got pregnant by an ex-boyfriend from Calgary in late 1964. At that time in Canada, “the pill” was unavailable and abortion was out of the question. Quietly, without her family’s knowledge, she gave birth to a baby girl in February 1965. Unable to care for her, Joni placed her daughter, Kelly Dale Anderson, up for adoption.

Mitchell makes tender reference to motherhood in the song, “Little Green,” off her 1971 album Blue. Here she is singing the song at the Cafe Au Go-Go in New York City in 1967. The video is published by Victor Hageman, copyright unknown, courtesy of YouTube:

Joni and daughter were famously united in 1998. Kelly lives in Toronto with two children of her own.

Joni Mitchell’s 1976 album Hejira was a critical breakthrough, more experimental, though not as “radio-friendly”  as her earlier smash hits. (The Hejira song “Amelia” is my personal favorite.)

Remarkably, Joni wrote most of the songs while driving alone, guitar in tow, from Maine back to California. That is the reason why there are no piano-based songs on the album. Perhaps being alone with your songs for days makes them more uniquely yours. Joni said as much in 2006: “I suppose a lot of other people could have written a lot of my other songs, but I feel the songs on Hejira could have only come from me.” 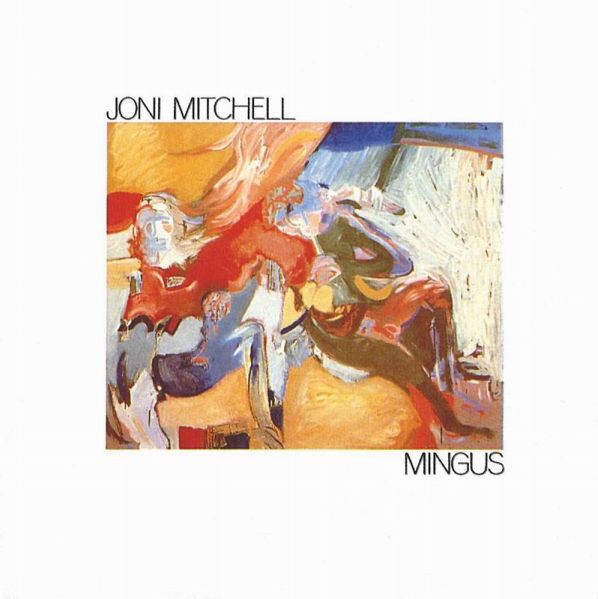 Growing up in Canada, Joni’s most treasured album was titled The Hottest New Group in Jazz. She remembers, “So I saved up and bought it at a bootleg price. I consider that album to be my Beatles.”

Around 1978, after the release of her Don Juan’s Reckless Daughter,  Joni got word that Charles Mingus, the great jazz bassist, bandleader and composer, wanted to work with her. It made sense: Mitchell’s jazz proclivities were clearly emerging, especially in the song, “Paprika Plains.” They began collaborating on an album, but Charles Mingus died before its completion.

Mitchell finished the tracks and the album Mingus was released in 1979. It was her first album since her first not be go gold…not sell a half-million copies. Undaunted, Joni went on tour to support Mingus with jazz all-stars that included Pat Metheny and Jaco Pastorius. 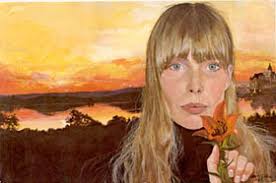 A publication called AllMusic wrote, “When the dust settles, Joni Mitchell may stand as the most important and influential female recording artists of the late 20th century.” She was perhaps the first woman in popular music to be accepted as an artist fully and equally with men.

All of her awards, her rankings, her tributes, come with the caveat approximating, “the highest entry for a female artist.”

We are fast approaching the time when that male/female distinction will become irrelevant.

Joni Mitchell didn’t ask for it, but she helped lead the way.