The Making of Queen’s ‘Bohemian Rhapsody’ 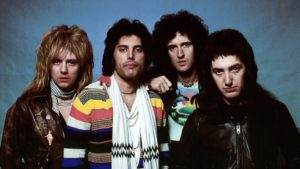 The vision of a shy Indian schoolboy named Bulsara became a pop masterpiece.

Here is Queen’s official video of the song and, according to Rolling Stone, “it practically invented the music video seven years before MTV went on the air. ” Courtesy of YouTube: 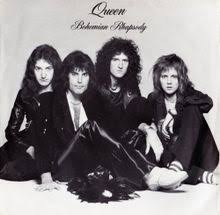 Serendipity. How to explain how a random group of individuals can come together at a certain time and place, and co-mingle their unique talents to create pop music magic?

It is certainly serendipitous that a band named Queen, like the Beatles over a decade prior, had in its ranks three powerful voices to pull off one of the most adventurous and innovative recordings in pop music history. Bonus round: it was the drummer, Roger Taylor, who occupied the high (vocal) register. What good fortune. (Mercury-middle register; May-low.)

The band clicked even though two of their four members were quite the opposite. Drummer Roger Taylor, the wild child with flowing golden locks (the lead photo does not do him justice) was the flip side of guitarist Brian May, the methodical “mad scientist” who built his legendary guitar, the “red special,” from scratch.

May patiently spent up to four weeks working on one guitar sequence. The desire for perfection both united the group and had them fighting like cats and dogs over, say, a change of key. “But,” pointed out Queen manager John Reid, “it was always about the music.”

And then there was Freddie. 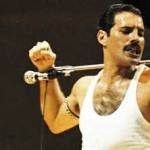 The man we know as Freddie Mercury was born Farrokh Bulsara in Zanzibar City, off the coast of the African country of Tanzania. The family had money: Freddie’s father Bomi worked as a High Court cashier for the British colonial government. When he was eight, Freddie was sent to a boarding school in India. He immersed himself in western culture by listening to the English pop charts on the radio. “We all wanted to be Elvis,” lifelong friend Bruce Murray remembered.

Some teachers recalled that Freddie (he adopted the Anglicized first name around that time; Mercury was adopted as a stage name later) began to use the term “darling” to address other males. His mates figured, “It was just Freddie being Freddie.”

When Freddie finally made it to London in the early sixties, people just assumed he was British because of his boarding school accent. His antics on stage were over-the-top in the early days, but the man could sing. 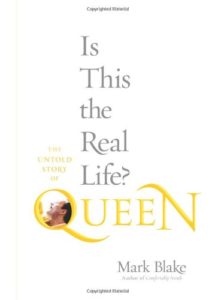 This wonderful book is my source for much of the material on creating “Bohemian Rhapsody.”

A Night at the Opera

Fast forward to August 1975. British pop sensation Queen was working on its fourth album (A Night at the Opera) and set up shop at the Rockfield Studios in the English countryside.

Queen had charted two songs, “Keep Yourself Alive” and “Killer Queen,” but worldwide success still eluded them. The boys in the band naturally had no idea that a song their vocalist was working on would change their lives completely. 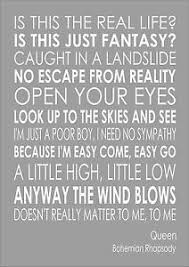 The seeds that were to be “Bohemian Rhapsody” was on a slip of paper that Freddie Bulsara had been carrying around for about five years. He called it “The Cowboy Song” because the lyrics started, “Mama just killed a man.” Queen producer Roy Thomas Baker had first heard the song in early 1975 when he visited Freddie’s “flat.” According to the book, here’s how Baker said it went down:

So [Mercury] sat me down on the piano, played the first part and said, ‘this is the chord sequence,’ followed by the interim part, and I could tell it was going to be a ballad. He played a bit further through the song and then stopped suddenly, saying ‘this is where the opera section comes in.’ We both burst out laughing.

As it turned out, Freddie Mercury was deadly serious. 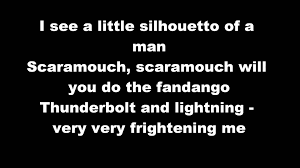 “We were all a bit mystified how he was going to link these pieces,” admitted guitarist Brian May.

May, Mercury and Taylor reportedly sang their vocal parts continually for 10 to 12 hours daily for one week. The song took three weeks to record, with some sections requiring up to 180 separate overdubs. The final version clocked in at five minutes, 55 seconds.

According to Brian May, “Bohemian Rhapsody” was well within Queen’s wheelhouse: “We wanted to be the group to do the heaviness of hard rock, but also have harmonies swooping all over the place. We thought there was real power and emotion in that combination.” 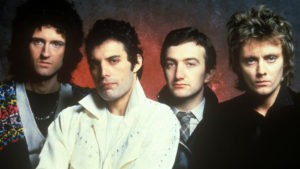 Queen’s record company EMI at first refused to release “Bohemian Rhapsody” as the album’s first single, citing its length. After some subterfuge involving a supportive local disc jockey playing the song an entire weekend to enthusiastic response did EMI give the green light.

It was a good decision on EMI’s part. “Bohemian Rhapsody” is the United Kingdom’s third-best-selling single of all-time. The iconic song populates many “top rock songs” lists.

Ultimately, “Bohemian Rhapsody” is a monument to two quaint notions: Believe in yourself. Hard work pays off.