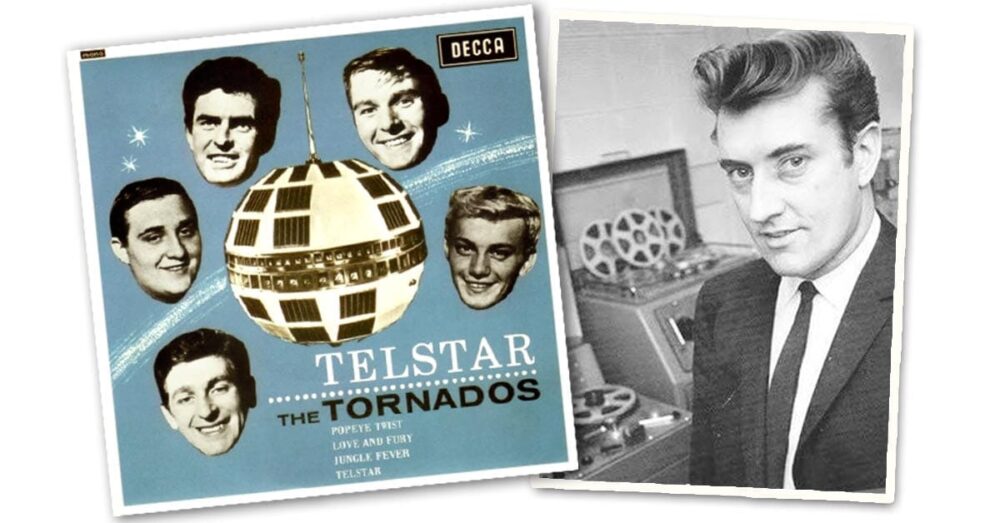 The rise and fall of ‘Telstar’ creator Joe Meek, who never saw a dime in royalties from his sixties megahit.

1962. I was barely out of elementary school and found great pleasure keeping close tabs on the provocative sounds coming out of my AM radio. It was the dawn of the rock era and we seemed stuck in a period after Elvis retreated to Hollywood and right before the Beatles landed in New York to take command of popular music. Everything was up for grabs.

The year was dominated by Chubby Checker doing “the Twist.” Other dance crazes had their 15 minutes: “The Loco-Motion” (Little Eva), “The Monster Mash” (Bobby “Boris” Pickett), “The Mashed Potato” (Dee Dee Sharp), a line dance called “the Hully Gully,” and “the Wah-Watusi” (the Orlons).

The Four Seasons with lead singer Frankie Valli brought their three octaves of pure cane sugar with “Sherry” and “Big Girls Don’t Cry.” Nineteen sixty-two was the year of “The Lion Sleeps Tonight,” “Duke of Earl,” “Breaking Up Is Hard To Do,” “Hey! Baby,” “Sheila,” and “Johnny Angel.”

By the end of the year, a completely different sound from England in the form of a keyboard instrumental shot up to #1 on the Billboard charts. “Telstar” was embellished with “distinctive electronic sounds” that strived to emulate its namesake: The Telstar Communications Satellite, which was launched into orbit on July 10, 1962.

Here is a three-plus-minute video of the Tornados performing “Telstar,” published by Classic Hits (Stereo) via YouTube:

So how did such an eccentric song enjoy such popular success? The numbers are eye-popping: The song reached #1 on the Billboard Hot 100 in December 1962 and hung around the American charts for 16 weeks (25 weeks on the UK chart). “Telstar” was the first British entry to hit #1 on the American Hot 100 until the Beatles ripped that to shreds.

Much of “Telstar’s” success has been attributed to Robert George “Joe” Meek, “the song’s producer, sound engineer, and composer (we’ll get to him). Meek’s London home recording studio was the scene of significant achievements in such recording techniques as “multiple overdubbing, close miking, the compressor, sampling, and reverberation.” His sound experiments would become crucial to “Telstar’s” rocket ship sound effects.

But were the sound effects crucial to “Telstar’s” commercial success? Let’s not discount Joe Meek the composer. That simple and striking ditty on the Clavioline keyboard had me humming along to the song whether it was playing or not. I truly believe in this sampling of infinite wisdom: Melody is king. 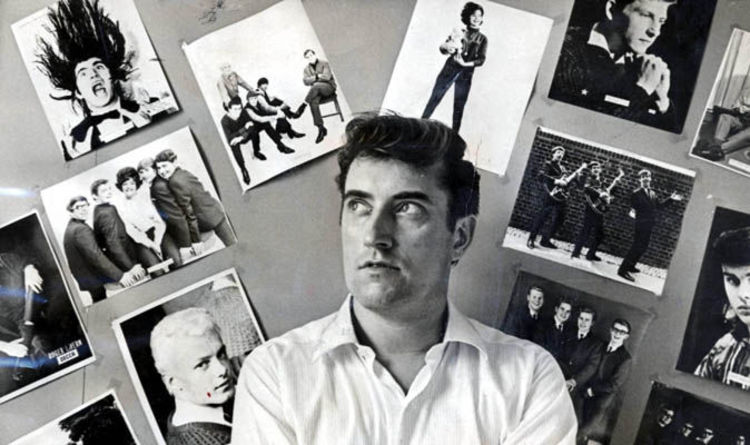 In those days of physical recorded products, a #1 hit would return serious coin. It’s such a shame that Joe Meek never saw any of it.

In March of 1963, a French composer named Jean Ledrut filed a lawsuit accusing Meek of plagiarism. Ledrut claimed that the melody of “Telstar” was copied from “La Marche d’Austerlitz,” a portion of the score for the 1960 movie Austerlitz. (Since Austerlitz wasn’t released in the UK until 1965, Meek had a credible case maintaining he had never heard the score.)

Joe Meek’s mental health was always at best fragile, and this humiliation plus the blow to his finances brought on high-profile confrontations and alleged drug-taking. I’ll spare you the rumors; it wasn’t a good time.

Of course, the lawsuit prevented Meek from receiving royalties for his most successful song. The lawsuit was finally decided in Meek’s favor in 1967. But Meek wasn’t around to savor his success.

On February 3, 1967, Meek shot his landlady Violet Shenton to death and then turned the single-barrelled shotgun on himself. Witnesses told police Meek complained about excessive noise and the landlady brought up months of back rent. It’s anyone’s guess whether a royalty check or two could have saved two lives. 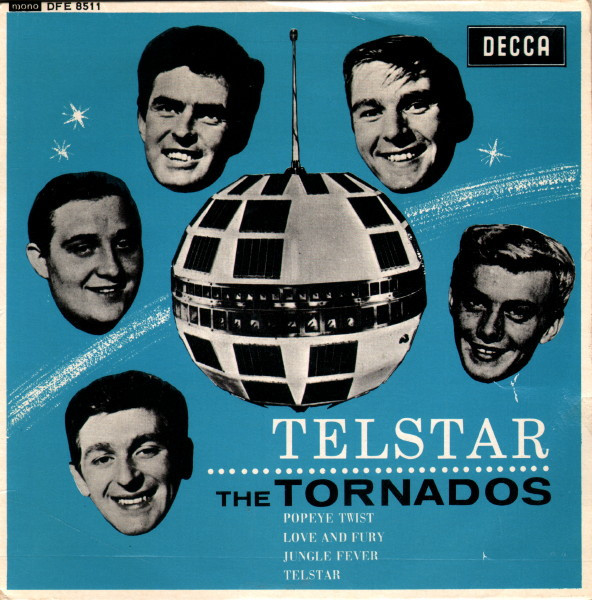 In the tragedy’s aftermath, Meek’s family and friends discovered thousands of unreleased recordings that were later dubbed “The Tea Chest Tapes.” Among the treasure trove of material were vocals by David Bowie and Tom Jones and instrumental contributions from Jimmy Page, Ritchie Blackmore, Denny Laine, Mitch Mitchell, and many others. In September 2020 Cherry Red Records purchased the entire collection for the purpose of archiving and releasing Meek’s posthumous legacy.

Meek is now considered one of the most influential sound engineers of all time. The British-based Music Producers Guild created the “Joe Meek Award for innovation and Production” in 2009 as a “homage to [the] remarkable producer’s pioneering spirit.”

The NME, formerly a fanzine called the New Musical Express and now a pop culture website based in England, ranked Joe Meek the greatest producer of all time. NME explained:

“Meek was a complete trailblazer, attempting endless new ideas in his search for the perfect sound…The legacy of his endless experimentation is writ large over most of your favorite music today.”