Libraries are under attack, too. Source: Gadsen Times

The chaos over acceptable books is a dress rehearsal for what conservatives really want: public school privatization.

DeSantis has willed the gerrymandered Florida legislature to pass bills linked to the so-called “culture war.” It’s a useful way to distract voters from demanding that their elected officials find solutions to “skyrocketing housing costs, [a] broken health care system” and other issues of actual importance to Floridians. Here’s a sampling of DeSantis’s “accomplishments:” 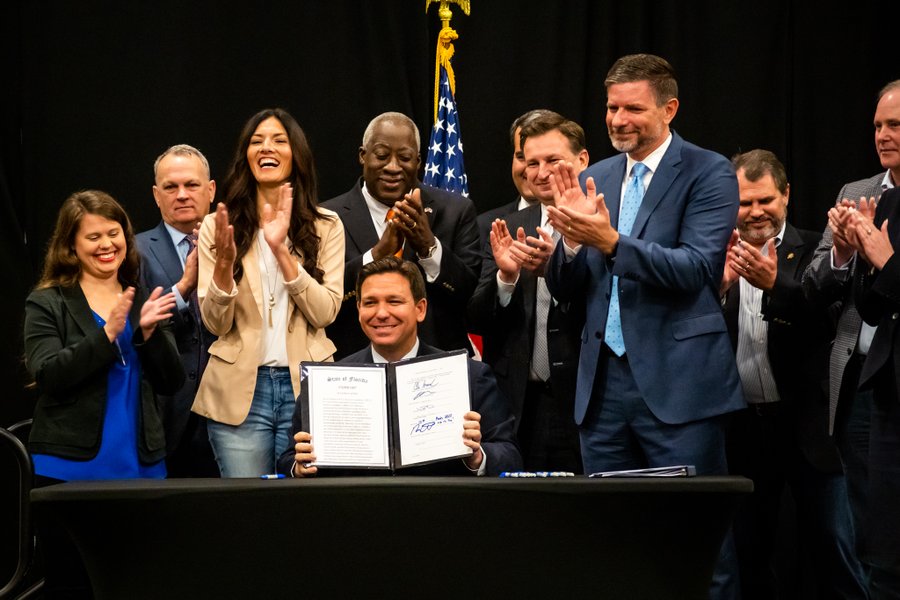 In March 2022, DeSantis signed into law HB 1467 which invited parents and other conservative-leaning groups such as Florida Citizens Alliance and Moms for Liberty to challenge books in school libraries that they deemed “pornographic” or “age-inappropriate,” both highly subjective depictions. Under the microscope were traditional public schools but not taxpayer-funded charter schools.

The website Salon described the chilling effect of the Florida law:

Florida teachers have been sharing examples of the culling process on social media, with multiple examples of books featuring Black characters being cut… On Facebook, a mother…posted a photograph from her daughter’s classroom of a wall of bookshelves roped off with pink tape, with all the books reversed so the spines didn’t show. The mother told a local reporter that a teacher was close to tears as she explained she was worried she’d get into trouble if parents complained about her classroom library.

You wonder why teachers are leaving in droves.

Florida Freedom to Read co-founder Stephana Ferrell spoke with Salon about the long game of this scrutiny over books:

This whole narrative of not trusting the curriculum or what’s available in our libraries serves the purpose of creating distrust in our public education system. Florida Citizens Alliance’s ultimate goal is parents moving their kids–using taxpayer dollars–over to private, for-profit education where they’re not subject to teaching [students] about sex ed or evolution.

One totally outrageous example: in Florida’s Escambia County, a teacher challenged 117 books she described as prejudiced and racist. One was a children’s book about a Black female basketball player. 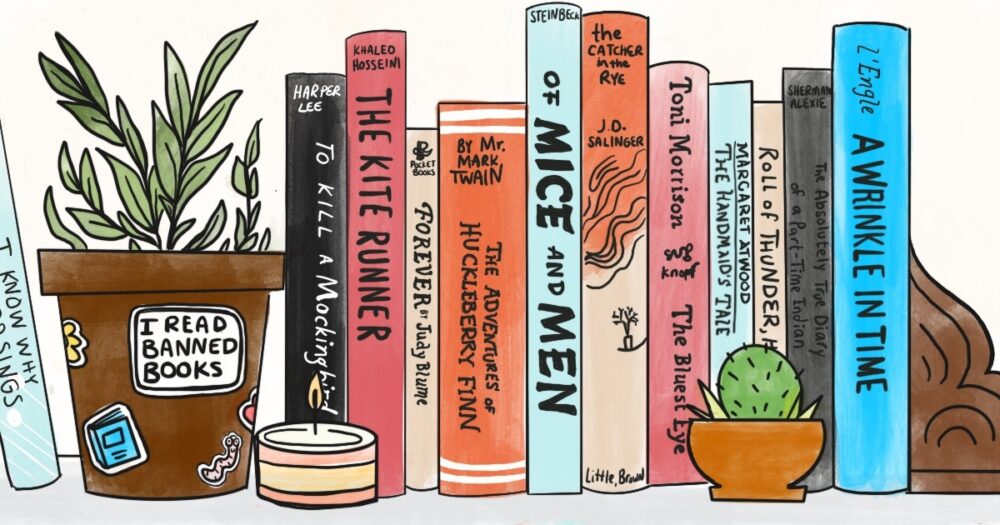 All of these mainstream books have been banned or censored throughout contemporary American history. Source: Let Grow

On its website, PEN America says that it “stands at the intersection of literature and human rights” to protect free expression in the US and globally. Obviously, book censorship is one of its primary concerns. PEN has published data on documented book bans that have either been reported to PEN or tagged by the media.

Between July 2021 and June 2022, PEN’s Index of School Book Bans lists 2,532 instances of individual books being banned in the US, affecting 1,648 book titles and 1,261 authors. You should click on the Index. You will be shocked.

The bans occurred in 138 school districts in 32 states. Texas and Florida had the most (what a surprise). 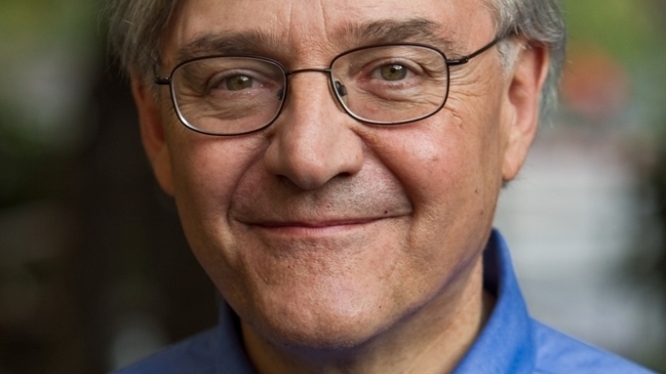 E.J. Dionne Jr. writes an Op-Ed column for The Washington Post on national policy and politics. Photo by Paul Monig

I must happily disclose that EJ. Dionne is my favorite Washington Post Op-Ed columnist. Born in Boston, Dionne is a Harvard grad and a Rhodes Scholar. Aside from his column, over which he has toiled for almost 30 years, Dionne has found the time to write nine books, mostly about politics from a liberal perspective.

Dionne wrote a column on Dec. 18 about…well, I’ll let the title speak for itself: “Book banning is bad policy. Let’s make It bad politics.” Dionne is concerned about “a new round of censorship having sturdy roots in the right-wing movement uses slogans around ‘parental rights’ to defend removing books from libraries in the name of ‘protecting’ children.”

He says most Americans agree with the following:

[We] heartily agree that parents should have an important say in how schools work and how public libraries serve our children. What we’re against is a willful ideological minority imposing its views on everyone else, dictating which ideas should be forbidden…

Dionne agrees with the notion that Americans from all walks of life want their children to learn a history that celebrates its strengths and examines its failures. If students are better informed about their country’s past, they might not be doomed to repeat past failures.

Dionne concludes that “A vast majority of parents want their kids’ schools to be open and welcoming settings for education, not minefields in a culture war designed primarily to goose conservative turnout at election time. Opponents of book bans represent the mainstream. We should not be afraid to claim it.”

The point is, our conservative brethren have raised yet another issue meant to divide us by picking fights most of us don’t even want to have. But we must: It’s time to call them out.