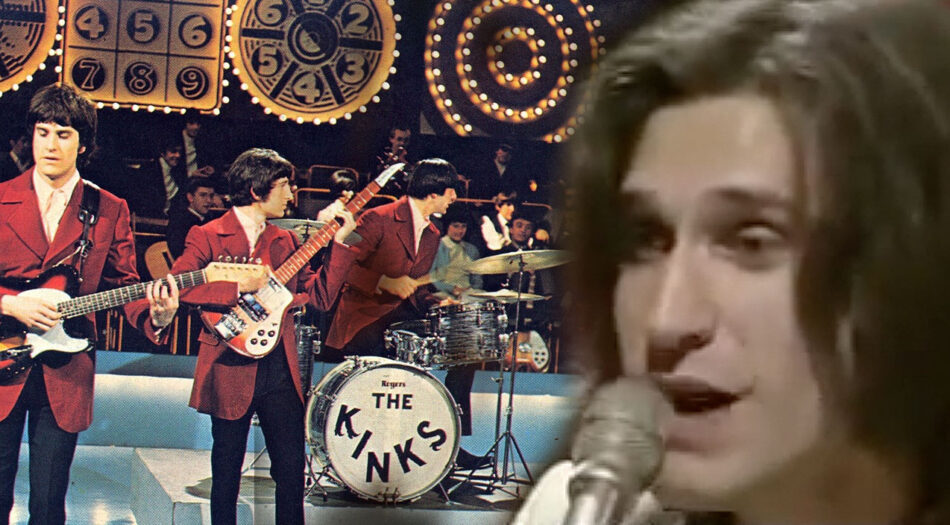 The Kinks, with songwriter Ray Davies in the foreground. Source: Society of Rock

Ray Davies was an unlikely songwriter to lead a sexual revolution. He just wanted a hit record.

Lola…a light-hearted song about gay acceptance. The Kinks, as in, uh, kinky. It sounded like the perfect combination to teach mainstream rock about gender and sexual tolerance.

Ray Davies and the Kinks

The Kinks were in the first wave of the so-called sixties British Invasion that followed the Beatles to the American shoreline. The Kinks were guided by lead singer and songwriter Ray Davies. Even in the early rock days of teenaged chest-beating, Davies separated himself from the pack with his good humor and sentimentality.

Among the British invaders, the Kinks were hard to categorize. In 1964, they recorded two precursors to heavy metal, “You Really Got Me” and “All Day and All of the Night.” The following year, the Kinks turned the tables on expectations with their sly commentary on English society manners, “A Well Respected Man,” which confirmed Ray Davies’ affinity for social satire. 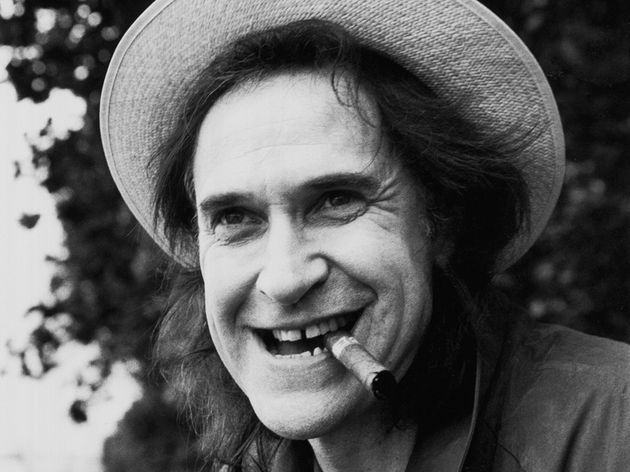 As the calendar was about to flip to a new decade, the Kinks weren’t happy about the fact that they hadn’t scored a hit since “Sunny Afternoon” in 1966. Their first American tour starting back in 1965 was a horrorshow of sparse crowds, short sets and clashes with promoters. It got so bad that the American Federation of Musicians effectively banned them from touring in the country until 1969.

Davies, along with his brother, Kinks’ guitarist Dave Davies, realized it was a make-or-break moment. Even the Davies boys’ father Fred could feel it. In a London pub over the 1969 Christmas holiday, Fred put his pint down and told his boys, “you need one thing–a world hit. Write another world hit.”

A hit would, uh, hit the spot. Most Americans hadn’t even heard of the Kinks. The year 1970 would change that.

Let’s watch the Official Lyrics Video of “Lola,” 3+ minutes short, published by the Kinks via YouTube:

The origin of “Lola” was purely casual. As songwriters do, Davies began by engaging in wordplay that was whimsical and nonsensical. Without showing the lyrics to the band, Davies presented a verse that approximated, eh-lo-a-lay lola, la-la, la-la, lola, to the amusement of his one-year-old daughter.

“I wrote Lola to be a great record, not a great song,” Davies told Daniel Rachel, author of The Art of Noise: Conversations with Great Songwriters. “Something that people could recognize in the first five seconds of the song. Even the chorus, my…daughter sang it back to me. I thought, this must catch on.

“I added the transvestite stuff later.” 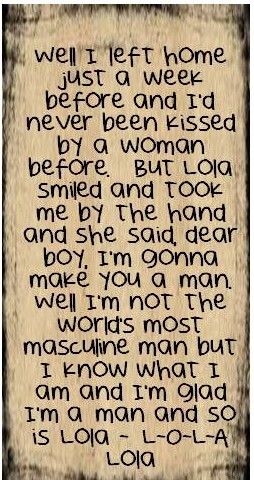 Although “Lola” was sung in the first person, the sexual encounter involved the Kinks’ manager, according to The Kinks: The Official Biography. The manager got drunk at a nightclub in Paris and started dancing with whom he thought was a woman. Toward the night’s end, the woman’s “stubble” started to show, the manager was too drunk to notice, the woman beckoned him home and…

Well, that might be the official version. Songwriter Davies told a different version to Q Magazine in a 2016 interview. Davies: “I was dancing with this beautiful blonde, we went out into the daylight and I saw her stubble. I said ‘No, thank you.’  It was based on personal experience. But not every word.”

Leave it to Davies to not create too much of an uproar for a song that was meant for the charts. “The subject matter was concealed,” Davies told Rolling Stone, alluding to listeners’ lazy intake of lyrics. “It’s a crafty way of writing. I say,  ‘She woke up next to me,” and people think it’s a woman. The story unfolds better than if the song was called, ‘I Dated a Drag Queen.'”

And there was the line, “You drink champagne and it tastes just like Coca-Cola.” The BBC had a strict rule against commercial insertions in songs. So Davies interrupted an American tour and flew from New York to London to splice in “cherry cola.” Coke stayed in the states. Giving Permission to the Glam Crowd

With “Lola,” the Kinks achieved what mattered to them most: the record peaked at #2 on the British charts and went to #9 in America. The song, a nod to gay acceptance, was released two years before the first official Gay Pride parade took place on British soil. In fact, homosexual acts were outlawed in parts of the United Kingdom in 1970 and would remain that way for more than a decade.

It’s not that “Lola” suddenly opened the floodgates to sexual liberation in those repressed times. But certain things occurred, and certain people were affected.

Later that year, according to loudersound.com, “David Bowie wore a dress on The Man Who Sold the World‘s UK sleeve. Soon, he and T-Rex…were making sexual ambiguity common pop currency.”

Walk on the Wild Side

“‘Lola” encouraged other songwriters to explore related territory,” claimed Ray Davies, who has six sisters. “Before he passed away, Lou Reed told me that ‘Lola’ was a big influence on him. It was reassuring to him when he did ‘Walk on the Wild Side.'”

One more thing: would Freddie Mercury’s gay vibe have been tolerated and then embraced if it wasn’t for Bowie, Reed, Iggy and all that came before him, starting with “Lola?”

The Kinks were ambivalent cultural warriors but they released a song that had a sizable impact on human progress. Nobody can take that away from them.