At stake: $79 million in royalties for iconic song. It’s over but for wild swings of interpretation.

A handful of high-profile cases of song copyright infringement that harken back to George Harrison’s humiliating day in court seem to be popping up in courtrooms on both sides of the Atlantic.

There’s a new development in the Led Zeppelin copyright infringement case. Back in 2014, the estate of guitarist Randy Wolfe (stage name Randy California) of the band Spirit claimed that the arpeggio (opening guitar riff) of the seminal rock classic “Stairway to Heaven” was stolen from the Spirit song “Taurus.” Led Zeppelin opened for Spirit in their first American tour in the late sixties.

At stake was a portion of the $79 million in royalties that “Stairway to Heaven” has earned over the years.

In 2016 a court ruled in favor of Led Zeppelin. But two years later, a Ninth Circuit panel found numerous errors in the original proceedings and unanimously ordered a new trial.  Arguments were heard before the 11 judge US Court of Appeals in San Francisco.

On Monday, March 9, 2020, the Ninth Circuit Court of Appeals upheld the verdict that the arpeggio opening the classic song “Stairway to Heaven” did not infringe upon Spirit’s “Taurus.”

Here is a two-minute side-by-side comparisons of the arpeggios in question, published by BYUCopyright via YouTube:

Still open to wild swings of interpretation: Under what circumstances is an artist held accountable for copying another song? We’ll take a look at that. 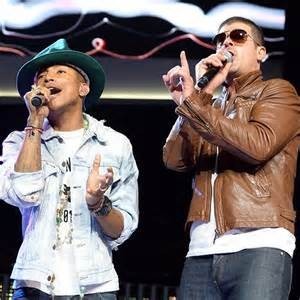 A few years ago, artists Robin Thicke and Pharrell Williams were ordered to pay the estate of soul legend Marvin Gaye the princely sum of $7.3 million for allegedly channeling Gaye’s “Got To Give It Up” to record the duo’s song, “Blurred Lines.” The copyright infringement case hinged not on whether the two songs were literal copies of each other. Rather, Thicke and Williams were held liable based on the judgment that they were “influenced and inspired” by Marvin’s song.

Just over a minute long, this video was published by Josh Chesterfield via YouTube:

Another copyright infringement case that made similar headlines lately involved British pop sensation Sam Smith and American rock icon Tom Petty. In 2014 Smith released “Stay With Me,” a song that shot to the top of the Billboard charts and was nominated for three Grammy awards. Just one problem: the song sounded “substantially similar” to Petty’s 1989 hit, “Won’t Back Down.”

Petty used back channels to press his point about the song’s likeness to his. Smith claimed he had never heard Petty’s song (we’ll get to that legality). Even so, the two artists signed an out-of-court agreement in which Petty and co-writer Jeff Lynne (you remember ELO) would share songwriting credit and royalties. The two song are strikingly similar. Listen for yourself to this 47- second video, published by ThatSongSoundsLike via YouTube:

Who and What Determine Song Copyright Infringement?

First of all, an artist need not travel to an office in Washington, DC, in order to get his or her songs copyrighted. As soon as lyrics are written on paper or lips touch a microphone, the work is copyrighted. (You might want to take that trip if you see legal drama down the road.)

It seems there are two circumstances that trigger copyright infringement: 1) Access to the original song, and 2) The infringer’s song is “substantially similar.” The legal definition of the latter is purposely vague so that it can be left to a judge and jury to make the determination.

The access part has it own problems: Even though the original song has become a ubiquitous part of American pop culture, it is theoretically possible that the infringer’s song is an independent creation, and the similarities are purely coincidental. Artists don’t live in a cocoon. The listen, they gather, they have influences. Music “leaks.” Again, courts provide the remedies.

Forbes magazine has a good take on this:

Proof of copying is necessary but not sufficient to determine copyright infringement. There must also be a substantial similarity to the prior work sufficient to constitute improper appropriation, where “substantial” means substantial to the degree as measured either qualitatively or quantitatively and “similarity” means similar in the eyes of the ordinary members of the intended audience. 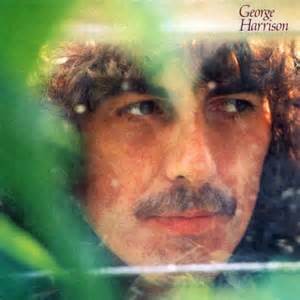 The issue of copyright infringement of popular songs perhaps gained prominence in the early ’70s in a case that broke the hearts of Beatles fans everywhere. George Harrison’s “My Sweet Lord” was his first solo single from his iconic album All Things Must Pass, and enjoyed a five-week run on top of the Billboard charts. Meanwhile the label that released a song titled, “He’s So Fine,” by an R&B group the Chiffons, filed suit against Harrison and Apple Records, claiming the two songs were…substantially similar. (They are indeed.)

The case took five years to be heard in court, while an embarrassed Harrison tried to settle with the Chiffons’ label, Bright Tunes. It was quite the spectacle and begged the question: why would ex-Beatle and prolific songwriter George Harrison steal a one-hit-wonder R&B song? In February 1976 the judge agreed: He didn’t believe Harrison purposely plagiarized the song, but that the two songs were almost note-for-note similar. Harrison was found guilty of “subconscious plagiarism” and was fined $587,000. After the full amount was paid, the judgment was dismissed in 1981. 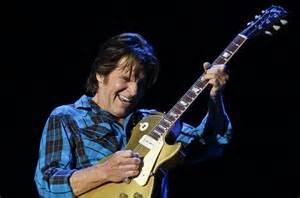 John Fogerty plays for his supper.

The Harrison case puts the imprecise nature of copyright infringement on lurid display. And then there’s the plight of rock legend John Fogerty. Fogerty founded the hit-making sixties rock band Creedence Clearwater Revival, wrote all of its songs, was lead singer and lead guitar, was basically the whole band…only to lose the rights and royalties to all of his songs to Saul Zaentz, the owner of CCR’s label, Fantasy Records. Saul Zaentz makes a crook like Allen Klein seem like a Boy Scoutmaster.

In 1985, Fogerty, now a solo performer, released a song on his Centerfield album titled “Zants Can’t Dance,” to perhaps register his displeasure of having his fortune and legacy stolen from him. Saul Zaentz filed a defamation suit, and then filed another suit claiming that a song from the Centerfield album sounded substantially similar to a CCR song which Zaentz now owned, lock, stock and barrel. Fogerty was thus accused of plagiarizing himself.

In a memorable rock ‘n’ roll moment, Fogerty went to court with guitar in hand and played both songs. The jury found him innocent of plagiarizing…himself. As for the defamation action, Fogerty wisely changed the lyrics of the song from Zants to Vants.