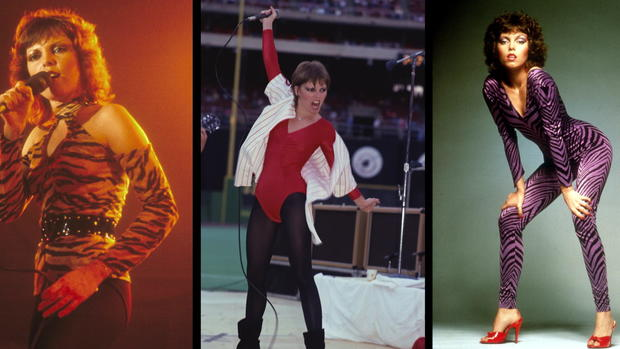 Pat Benatar made spandex and cat outfits a part of her stage persona. Source: CBS News

Recent Rock & Roll Hall of Fame inductee Pat Benatar gave us a soundtrack for the ’80s.

Last week, I posted an article that celebrated two very talented ladies, Carly Simon and Pat Benatar, who tore some chunks out of the glass ceiling that encases the Rock & Roll Hall of Fame (the HOF is painfully aware that around 90% of its members are male and is in correction mode).

The induction of Pat Benatar was a bit personal for me. I spent a lot of the ’70s in military service, and when I got back from overseas, punk and disco had taken over the clubs and the radio (it’s strange to say, but I love both punk and disco…equally. Read my article on them here).

As we heralded the dawn of the ’80s, it seemed to me a hybrid of the two genres was beginning to define “eighties music.” (Of course, it’s more complex than that.) And Pat Benatar seemed to be in the middle of it all. A confession: I had a big-time crush on Pat Benatar. That’s why it is my pleasure to bring you five cool things about her:

1) Pat Benatar and Neil Giraldo are one of the most durable rock ‘n’ roll power couples.

With notable exceptions and some because of tragic circumstances, rock ‘n’ roll’s power couples share a brevity that must be frustrating to fans who follow that sort of thing. Pat Benatar and Neil Giraldo are a notable exception to the fleeting nature of rock ‘n’ roll couplings: Together for 43 years and counting. 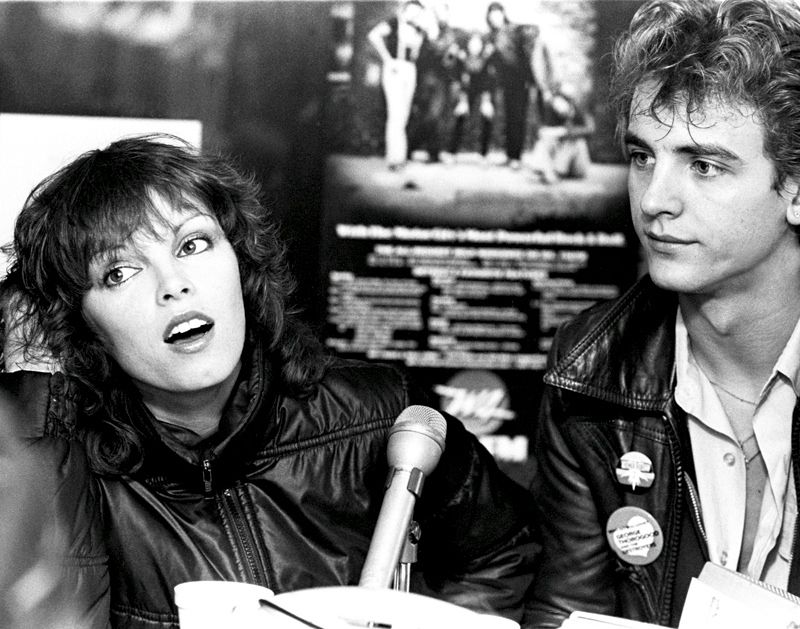 Pat Benatar and her guitarist and future husband Neil Giraldo were inducted into the Rock HOF as a team. Source: Brian McGregor White/Pinterest

When Pat Benatar signed with Chrysalis Records in 1979, she went looking for a partner, and “not a boyfriend,” as she mused in her memoir, Between a Heart and a Rock Place. Benatar:

I wanted a partnership, like Mick Jagger and Keith Richards had–an unrelenting back-and-forth between talented musicians…somebody who understood where I wanted to take my music. Chrysalis set up some time to audition at [the] rehearsal hall. [A&R man Jeff “Buzzard” Aldrige was talking about] a twenty-two year old kid who had been touring with Rick Derringer.

[When he arrived,] I didn’t turn around immediately. When I did, Buzzard was talking to this guy Neil. He stood there looking like Adonis…the most drop-dead gorgeous man I had ever seen in my life…Every nerve ending in my body lit up like 4th of July…I thought, Girl, you’ve just seen the father of your children. (Did I mention that I wasn’t looking for a boyfriend?)

It turned out that Giraldo had similar aspirations. “All I was looking for was a great singer,” Neil told CBS News. “I just wanted to find one that so I could write songs, produce, and make great records.

“We did ‘Heartbreaker’ first. And the minute we did it, I was like, ‘That’s it. I wasn’t looking back.”

People were genuinely surprised when Pat Benatar and Neil Giraldo made the 2022 class of the Rock & Roll Hall of Fame as a “package deal.” According to Ultimate Classic Rock, Pat Benatar has insisted ever since she was eligible in 2000 that the two be enshrined as a unit. “I’ve lobbied for the past 25 years to get him the credit he’s due,” Pat said.

2) ‘Catch a Rising Star’ with Belzer, David Brenner, Robin Williams, and the gang

So how did Judy Garland and her daughter Liza Minnelli figure so prominently in Pat Benatar’s rise to fame?

It was the mid-’70s and Benatar was a bank teller married to an Army private named Dennis Benatar, whose surname became Pat’s stage name when they broke up in 1978. Legend has it that Benatar attended a Liza Minnelli concert around that time and after the show said to herself, “I can do that,” according to her memoir. Pat decided to pursue singing full-time.

Amid several attempts as a freelance singer, Benatar auditioned for an amateur night at an Upper East Side Manhattan comedy club called Catch a Rising Star. Ironically, Pat sang the Judy Garland song, “Rock-a-bye Your Baby with a Dixie Melody,” which earned her a call-back by club owner Rick Newman, who would become Benatar’s manager in her early rise to fame.

Benatar became a fixture at Catch a Rising Star for three years, leading up to her signing with Chrysalis.

Pat was working on her fourth album, Get Nervous (1982), when Catch a Rising Star celebrated its 10th anniversary with a special on HBO. In one hilarious bit, stars Dick Cavett, Richard Belzer, David Brenner, Woody Allen, and other familiar faces argue about WHO DISCOVERED PAT BENATAR? This two-minute video clip is published by Barry Mitchell via YouTube:

Aside from Turner, who like Benatar won hers consecutively, Sheryl Crow also won Best Female Rock Performance four times…but not in a row.

4) Due to gun violence, Pat Benatar won’t perform ‘Hit Me with Your Best Shot’ anymore.

“You have to draw the line,” Pat Benatar declared in the summer of this year. “I can’t sing those words anymore with a smile on my face. I just can’t.”

The song to which Benatar is referring is “Hit Me with Your Best Shot,” off her biggest-selling album Crimes of Passion (1980). The song was Benatar’s first Top 10 hit on Billboard’s Hot 100. It sold well over a million copies in the US.

“Hit Me with Your Best Shot” was written by Canadian songwriter Eddie Schwartz, who pleads that the song title should be taken “metaphorically.”

Benatar made her declaration after the mass shooting of school children in Uvalde, Texas. “I’m sorry, but in deference to the families of the victims of these mass shootings, I’m not singing it,” Pat said. “The title is tongue-in-cheek, but you have to draw the line. I tell [fans], you want to hear the song, go home and listen to it.” 5) No, Pat Benatar was not ‘classically trained.’ Her voice just sounds like it.

Benatar’s mother Mildred worked as a hairdresser but was in fact an amateur opera singer. I can imagine the two of them listening and singing along to the latest Anna Moffo on their 1950s Victrola. Mildred saw to it that Pat receive lessons that locked in her five-octave vocal range.

But it was at Lindenhurst High School on the south shore of Long Island that Benatar started taking singing seriously. She continued her voice lessons and develop an interest in musical theater. Soon, Pat was playing Queen Guinevere in the school’s production of Camelot, marching in the homecoming parade and, in her senior year, performing a solo of “The Christmas Song” on a holiday recording of the Lindenhurst school choir.

It was only high school, but Pat got a whiff of stardom and found it intoxicating. Five years later, at the Liza Minnelli concert, Pat Benatar made her commitment.