Pete Townshend’s Politics Are All Over the Map

Did Woodstock Harden The Who’s Frontman? 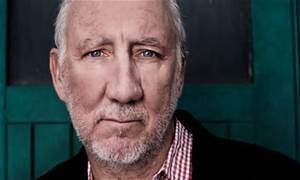 Peter Townshend’s legendary rise to rock ‘n’ roll fame and fortune came with some memorable downsides: The controversial charge in 2003 that he viewed child pornography (I believe he’s innocent). The man who struck Abbie Hoffman with a guitar at Woodstock (He probably didn’t).

Here’s another one: Pete Townshend has become one of those grumpy conservatives. We’ll take a look at that. 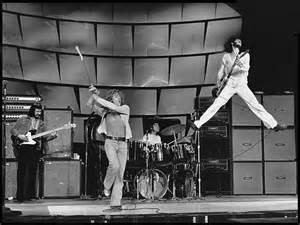 The Who in all their glory

As he established The Who as an A-List “maximum rock ‘n’ roll” hit machine, Townshend seemed to fall in line with the prevailing political correctness of rock entertainers in his day. He was named one of the biggest financial donors to the UK Labor Party. In a 1974 interview with Penthouse magazine, Townshend stated that while he was a practicing capitalist who reaped big rewards for his art, his ideals were “communist.” These and other of his “leftish” public utterances fall all over the calendar, and seem to contradict some major occurrences that unmistakably glue Townshend to the right of the political spectrum.

Woodstock: ‘Get Off My Stage!’

We’re all familiar with this story. While The Who were performing on the Woodstock stage, famous left-wing activist Abbie Hoffman grabbed a microphone to plea for support for fellow Yippie John Sinclair, who was jailed for a small amount of marijuana.

Townshend was reportedly “in a bad mood” when he took the stage. There is only questionable anecdotal evidence that he struck Hoffman with a guitar. But was Townshend making a political statement by his aggressive rejection of Hoffman? Or was it strictly territorial: a man invaded his space, and Townshend was in no mood for negotiation.

Two other occurrences feed the narrative that Townshend is a creature of the right: 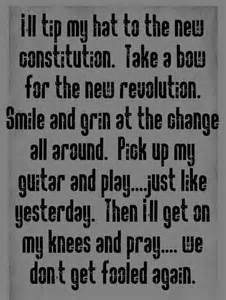 Lyrics to “We Won’t Get Fooled again”

The last line to the last verse of “We Won’t Get Fooled Again,” goes: “Meet the new boss/Same as the old boss…” This cynical view of revolution thrills conservatives, many of whom were left-wing revolution-types before rejecting it wholesale…vowing, we won’t get fooled again. The conservative magazine National Review ranked the song number one in its Top 50 conservative rock songs. (the Beatles’ “Taxman” was number two.)

When asked about the song’s meaning, Townshend smartly demurs. “It’s just about anti-politics,” is his standard reply.

“We Won’t Get Fooled Again” reminds me of another song by a prominent British band: “Revolution” by the Beatles. Recorded four years before the Who song, “Revolution” strikes the same cynicism about revolution, especially this line: “If you’re going to carry pictures of Chairman Mao/You’re not going to make it with anyone anyhow.” The primary songwriter of “Revolution,” John Lennon, would go on to be a very public peace activist.

So I get it. I was around at the time, and carried my share of revolutionary banners. I was totally committed to the cause. But I can also see Townshend’s and Lennon’s point (inasmuch as I can see into their hearts): There were way too many people yelling revolution without having the slightest idea of what it was, or where it led. The noise became deafening.

Was Pete Townshend courageously telling people to take a deep breath? Or was his song among a body of work that revealed his political bent? I guess we’ll never know for sure.