Trump’s Smears of Immigrants Recall ‘Red Scare’ a Century Ago 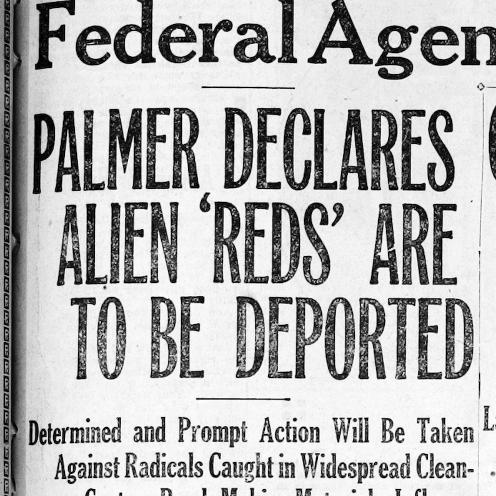 Echoes of today: Attorney General A. Mitchell Palmer targeted immigrants in his ‘Palmer Raids’ of 1919-20.

It turns out ICE isn’t the only goon squad in American history.

LinkedIn published a Seattle Times article detailing the Trump administration’s new initiative to abruptly discharge US Army immigrant enlistees without any explanation to the shocked soldiers, who had taken Army oaths. More than 15,000 immigrants had been recruited into a special enlistment program, with the promise of a path to citizenship upon earning an Honorable Discharge.

Will someone please tell the Trump administration that immigrants have been serving our military since 1775? We probably wouldn’t have won the Revolutionary War without them.

Just what are the Republicans up to? 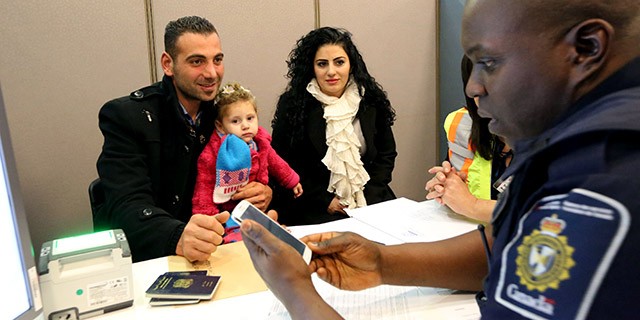 A Gallup poll that surveyed more than 1,500 adults in early June revealed that three out of four Americans say immigration is good for this country. The same sample told Gallup that immigration levels shouldn’t be decreased. A Quinnipiac poll taken last week: “Two-thirds of American voters oppose the family separation policy at our borders.”

Further, limiting immigration to fight crime is a solution in search of a problem. A recent report by the Pew Research Center confirmed that violent crime has fallen sharply since its peak in the early 1990s. Citing FBI data, the report also concluded that property crime declined 48 percent between 1993 and 2016 (the recent opioid epidemic might change that). This of course contradicts White House assertions that immigration is causing a crime wave in this country.

GOP Doubles Down on Demonizing Immigrants

This data has failed to penetrate Republican party leaders. Perhaps realizing the tax bill is permanently unpopular and that people want their quality health care, the GOP is making a bet that fear based messaging can turn out more of their base than the Democrats can turn out theirs.

The GOP’s policy on immigration can be perhaps summed up by a Donald Trump utterance at a May cabinet meeting:

We have people coming into the country, or trying to come in–we’re stopping a lot of them. You wouldn’t believe how bad these people are. These aren’t people, these are animals.

We’ve heard similar rhetoric before. To the history books! 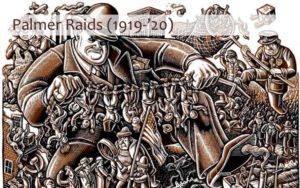 The Great Red Scare of 1919-20 unleashed a flood of hostility towards immigrants. Source: peoplesworld.com.

In the early 20th century, ten million immigrants, mostly from southern and eastern Europe, poured into the US. They totally changed the face of America, which had only 83 million people to begin with. By 1910, immigrants made up the majority of populations in several big cities, such as New York, Chicago and Boston.

Although the creation of an industrial America couldn’t have happened without immigrants, there were also by-products to this unregulated work (no child labor laws, no weekends, etc.): labor unrest, strikes and violent class conflict. A tiny sliver of this mass of humanity were anarchists. Some bombs went off. Acts that were deemed politically righteous in the old country were met with fury by America’s elite. Retribution was sought. 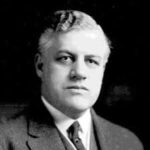 US attorney general A. Mitchell Palmer, a survivor to one of those bombs, was a very ambitious man. Born in a Pennsylvania small town and a graduate of Swarthmore College, Palmer yearned to be the Democratic nominee in the 1920 presidential election (he wasn’t nominated and the Democrats lost to Republican Warren G. Harding).

Egged on by FBI director J. Edgar Hoover, Palmer equated isolated bombing incidents to hordes of Communists and “fellow travelers” planning to overthrow the US government…”crawling into the sacred corners of American homes, seeking to replace marriage vows with libertine laws [and] burning up the foundations of society.”

Palmer in 1919 seized the moment by targeting immigrant gathering spots–clubs and cafes, mostly– in 12 American cities and commanded his FBI agents and local police to smash furniture and arrest everyone in sight. He even arrested those who had come to ask about a friend or loved one. 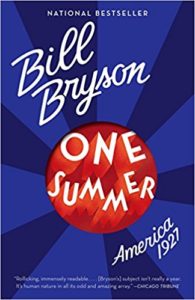 One Summer is great summer reading and a source for details on the ‘Palmer Raids.’ Image courtesy of Goodreads.

Pleased with the publicity for his first round of raids, Palmer ordered a second rampage in at least 78 cities, rounding up between six and 10 thousand people (accounts vary), wanton arrests without warrants, the beatings of innocent people, the needless destruction of property.

Detainees were held for weeks “in windowless corridors without adequate water, toilets or space to lie down.” Most were released without being charged for any crime.

In the end, no national conspiracy was uncovered (in retrospect, Hoover and Palmer should have had eyes on Lucky Luciano and Meyer Lansky and the birth of genuine organized crime). Palmer’s men seized a total of three pistols and no explosives. The failure to find evidence of a planned revolt ended Palmer’s political career.

I’ll drink to that. ICE, anyone?