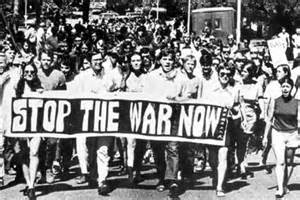 As protests go, this hardly reached the crescendo of those orchestrated at the height of the Vietnam War. We tend to wax nostalgic about them good ol’ days of student protest, with crowds in the tens of thousands…fighting the good fight…the validation of principles.

It’s deja vu all over again. The teachers and students in Jefferson County, CO, are on the threshold of a major accomplishment as a result of their disciplined skirmishes with school authorities…an outcome that largely eluded us during the Vietnam heyday.

The Power of Democracy

The Jefferson County clerk announced last week that a recall election for three county school board members will be placed on the November general election ballot. The clerk certified the recall petitions, which began circulating in July. The three conservative board members elected in November 2013–John Newkirk, Julie Williams and Ken Witt–angered parents, students and teachers alike by pushing for changes in the Advanced Placement (AP) US History curriculum.

The recall election has already drawn the attention of outside groups, including the Koch Bros.-backed Americans for Prosperity (AFP). The Colorado chapter of AFP made headlines in 2013 when, according to Politico, it spent $350,000 to run ads supporting conservative board members in the state’s Douglas County. Michael Fields, political director of Colorado AFP, recently admitted “going door-to-door and doing other grassroots work in [Jefferson County].”

How the Conflict Got Started

In the fall of 2014 in a leafy suburb of Denver, CO,  nearly one thousand high school students walked out of classes and took to the streets to protest what they called censorship of course materials and an encroachment on their right to learn the truth. The protests started in the Jefferson County school district, but spread to several other high schools in the greater Denver area. 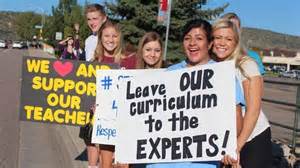 And it wasn’t not only the students doing the protesting. More than 73 percent of their teachers staged “sick-outs” during that time, causing the cancellation of classes at two of the schools. Students and teacher alike packed a Jefferson County board of education meeting, strenuously objecting to the actions of the school board. So what are these actions that have folks so riled up? 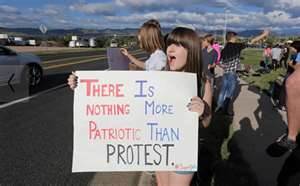 The three conservatives who were elected to the five-member county board of education constituted a new majority and went to work. They took a critical look at the AP US History curriculum, and deemed it “dominated by individuals hostile to traditional American history, rife with liberal themes, focusing on negative aspects and fails [sic] to give serious attention to American exceptionalism.” They ordered that US history curriculum

…promote citizenship, patriotism, essentials and benefits of the free enterprise system, respect for authority and individual rights. Materials should not encourage or condone civil disorder, social strife and disregard for the law. Instructional materials should present positive aspects of the United States and its heritage. 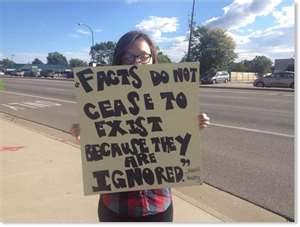 This liberal vs. conservative interpretation of American history is nothing new (Texas made headlines first). What was unique about this particular conflict is that students were demanding that they be a part of the process. A sample of their pleadings and observations are strong evidence that today’s students are all in when it comes to their education.

How will we learn from our mistakes if they don’t teach us about them?

It’s about how we treat students as learners, imposing education as something done to them rather than with them.

These are distinctly American topics. And the truth is, we have made some mistakes as a country. Talking about those mistakes, even disagreeing with them, is not “bashing.” That’s just pure…close-mindedness. 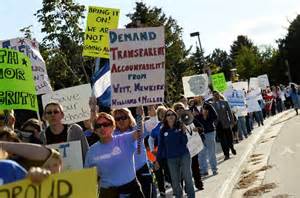 The wisdom of these students stood in stark contrast to the remarks of a one Pam Mazanec, who is a member not of Jefferson County’s, but of Colorado’s state board of education. In a Facebook posting, she declared that she had concluded this about American slavery:

Yes, we practiced slavery. But we also ended it voluntarily, at great sacrifice, while the practice continues in many countries still today. Shouldn’t our students be provided this viewpoint? This is part of the argument that America is exceptional.

Well, silly me: Perhaps the Civil War never really happened. Maybe Matthew Brady doctored all of those photographs. Maybe the good people of Gettysburg made up all of those memorials and war lore to get people to visit their downtown bistros.

The last word on the protests goes to Maggie Ramseur, a student at Jefferson County school district. “The point of civil disobedience is to break an unjust law [by] bring attention to it so that it may be rectified and be made just,” she said. “And that something I learned in Advanced Placement United States history.

Fighting the ‘Corporatization’ of Education

Apart from the recall election, a group of Colorado public school educators are promoting a documentary, titled Education, Inc., which aims to warn the rocky mountain community about “how hidden corporate interests–with deep pockets–are trying to influence elections, take over public education and turn a profit on the backs of students.” The film has been shown at house parties all over the state, including a screening at Arvada West HS in Jefferson County. Here’s the trailer:

By the way, the framework for Colorado’s AP US history was rewritten for this school year. But the changes were so minor and trifling, it seemed to suggest that everyone knew that the real battles were down the road.