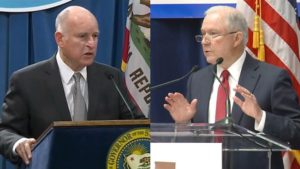 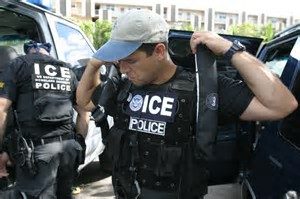 The irony wasn’t subtle. Not at all. In fact, it hit you like an 18-wheeler barreling down the highway.

Donald Trump’s Attorney General Jeff Sessions took their war on Sanctuary Cities to California last week to announce a federal lawsuit against three recent state laws that basically put some separation between local law enforcement’s mission of public safety and a renewed federal emphasis to capture and deport undocumented immigrants, including the DREAMERS.

The irony obviously is this: Jefferson Beauregard Sessions of Alabama, who was denied a federal judgeship in 1986 due to a history of racially insensitive remarks, has built his career advocating for “states’ rights,” the nullification of federal laws and Obama-era threats of secession from the US. Here is the same Jeff Sessions:

Federal law is the supreme law of the land. I would invite any doubters to got to Gettysburg or to the tombstones of John C. Calhoun and Abraham Lincoln…Open borders is a radical, irrational idea that cannot be accepted.

Sessions claimed that Sanctuary Cities were “crumbling under the weight of illegal immigration and violent crime,” a laughable assertion with a Trumpian lack of evidence (we’ll get to that).

After pointing out that the state laws in question were supported by California law enforcement, California Governor Jerry Brown let Sessions have it: 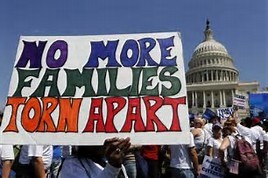 What Is a Sanctuary City?

The law in question, a 1996 measure cited by Sessions that requires cities and localities to provide immigration-related information (such as fingerprints) to the federal government, is not contentious; jurisdictions routinely comply.

But here’s a scenario: Local cops arrest a dark-skinned man with an accent and charge him with whatever crime he is suspected of committing. Fingerprints and a mugshot are sent to ICE. Local justice takes its course, and either the suspect is not charged or bail is set and paid. ICE routinely issues a “detainer” request, but unless it is accompanied by a warrant based on probable cause, so-called Sanctuary Cities will release that suspect regardless of his or her immigration status. After all, immigration enforcement is a federal duty.

Political agendas aside, there are practical considerations in play here. Having local cops “deputized” as ICE enforcers “makes it harder for police to work with undocumented communities and discourages victims and witnesses from reporting crimes.” There’s also a financial aspect: “ICE does not always quickly and entirely reimburse local governments for the cost of detaining people for longer periods.”

Our state laws work in concert with federal laws. Our teams work together to go after drug dealers and go after gang violence. What we won’t do is change from being focused  on public safety. We’re in the business of public safety, not deportation.

We’ve seen this B-movie before. We’re not doing their bidding on immigration enforcement and deportation.

But What About Crime? 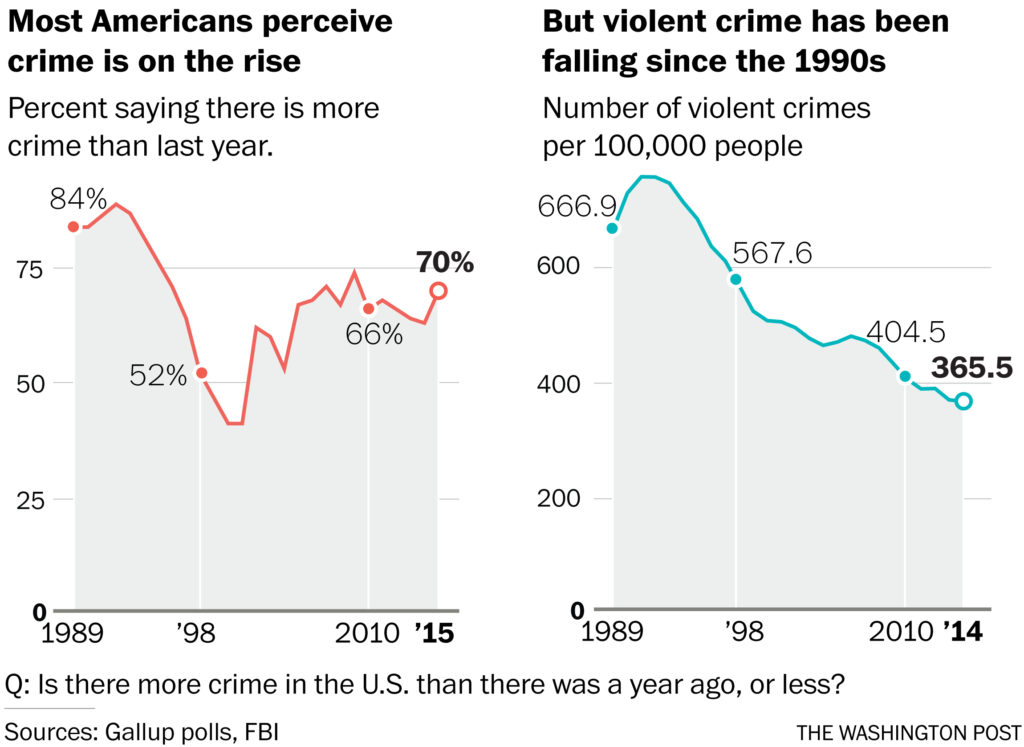 I’m very much opposed to sanctuary cities. They breed crime. There’s [sic] a lot of problems.

That was Donald Trump in an interview with Bill O’Reilly on Fox News, February 5, 2017. But is it true? I examined two fact-checking reports: The Washington Post Fact Checker and FactCheck.org. Please click the links for more details.

The Washington Post Fact Checker reported on several primarily university studies of hundred of jurisdictions claiming to be Sanctuary Cities. It awarded “Three Pinocchios” with this conclusion:

These studies found no statistically significant impact of sanctuary policies on crime…Sanctuary jurisdictions release inmates after their criminal case is complete, and extensive research shows noncitizens are not more prone to criminality than US-born citizens.

We find no statistically discernible difference in violent crime rate, rape or property crime across the cities. Our findings find evidence that sanctuary policies have no effect on crime rates, despite narratives to the contrary.

There is one veiled perk to this political lawsuit. From the LA Times:

We’re going to need those remaining California Republican-held seats to convert the House to Democratic rule. Bring it on, Beauregard.