Solar Battle Heats Up in Arizona 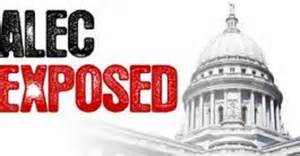 You’d think that in a state where there are anywhere between 264 and 313 sunny days per year, the prospect of installing solar panels would be a no-brainer antidote to rising utility bills. Not only would you be saving money, you’d be giving excess energy back to the utility grid.

In throwing a bouquet to its fossil fuel patrons, ALEC, which writes “model legislation” for conservative lawmakers, guided the state’s public utility commission to write rules forcing Arizona’s solar customer to pony up a “tax” for their ingenuity in harnessing cheap and efficient renewable energy. 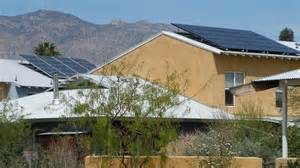 Last November, Arizona became the first state to charge customers a $5 a month surcharge for installing solar panels. The $5 amount was a compromise; the utilities group wanted to add $100 to a solar user’s monthly bill.

It’s deja vu all over again. The state’s utilities regulator, Arizona Public Service (APS), just this week ordered hearings on yet another rate hike for Arizona’s solar users. APS is proposing a fee of $21 a month, which would “significantly diminish the cost savings homeowners can realize when they make the switch to solar power.” 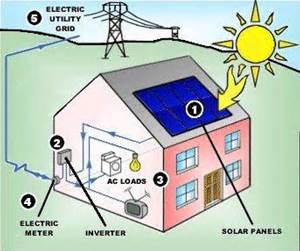 Arizona is one of 43 states that allows public utilities to purchase excess power generated by solar users. This practice, called net metering, “essentially runs electric meters backward when power flows from rooftop panels into the grid, giving consumers a credit for the power they generate but don’t use.”

Utilities are having none of that. A report by the lobbying Edison Electric Institute stated that net metering would “put a squeeze on profitability,” and warned that “it may be too late to repair the utility business model.” 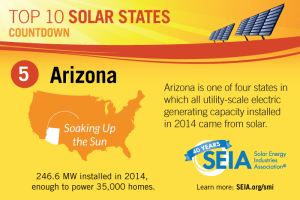 California is number one.

Higher utility bills aren’t the only concern for Arizona solar customers. A new, creative interpretation of Arizona state law might force solar users to pay property taxes on leased solar panels. In a state of 30,000 solar customers and growing, an estimated 85 percent who lease their solar installations could pay an additional $152 per year. The reasoning by the Arizona Department of Revenue: “Leased panels are more like merchant power plants and should pay property taxes like them.” That just speaks for itself, doesn’t it? The matter resides in an Arizona courtroom. 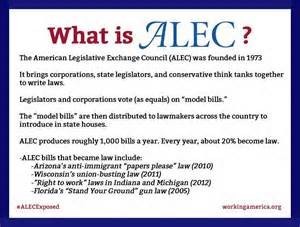 ALEC has mobilized a coalition of fossil fuel companies and public utilities to penalize homeowners who install their own solar systems. In the fight over solar incentives and deregulating the utility market, “ALEC has moved to dismantle clean energy laws in multiple states and has specifically identified net metering as a policy it intends to target this year, referring to homeowners with their own solar panels as ‘freeriders on the system.’”

The [utility] industry and its fossil fuel supporters are waging a determined campaign to stop a home solar insurgency that is rattling the boardroom of the country’s government-regulated electric monopolies…The battle has shifted to public utility commissions, where industry backers have mounted a…successful push for fee hikes that could put solar panels out of reach for many potential customers. 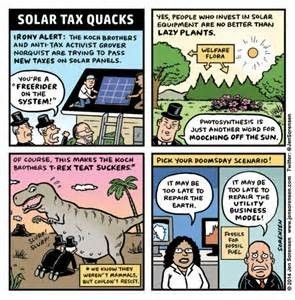