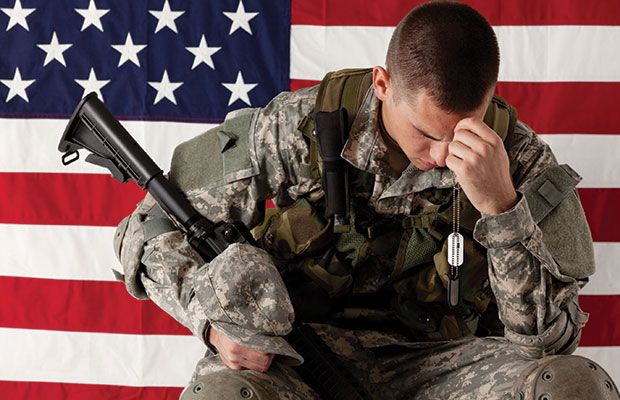 Trump’s cronies at his Florida country club have no US military or government experience.

Well, it seems Donald Trump is doing more than playing golf at his Mar-a-Lago country club in Palm Beach, FL.

Two weeks ago, I wrote about certain steps the Trump administration was taking to accomplish its ultimate goal of privatizing the Department of Veterans Affairs (VA). Since then, there ‘s been breaking news based on the investigative work of Pro Publica, a non-profit newsroom based in New York City, and a treasure trove of documents obtained by Pro Publica through the Freedom of Information Act. This is the way journalism is supposed to work.

Pro Publica‘s due diligence has shed light on the president’s attitudes toward transparency, accountability, the rule of law and especially…especially…Trump’s attitude towards our country’s veterans. 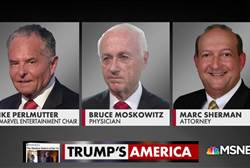 The documents reveal that three of Donald Trump’s confidants who frequent Mar-a-Lago are secretly engaged in shaping White House policy towards the VA and the nine million veterans it serves. These entreaties come in many forms, by phone or email from Mar-a-Lago to some high-ranking VA official. Whoever is on the receiving end has to realize that the instructions have the weight of a presidential order.

The three unlikely policy-makers are: 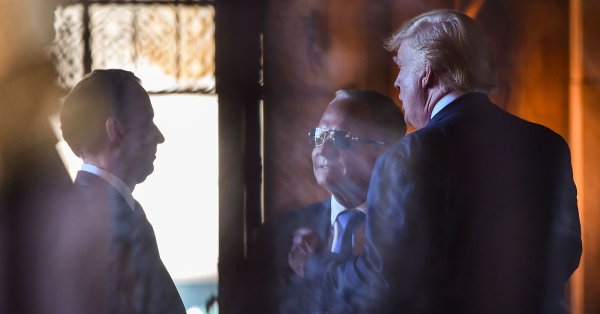 A sneak peak of Trump and his cronies inside Mar-a-Lago.

None of the Mar-a-Lago Three would go on the record with Pro Publica. They did, however, release a statement insisting that they merely “offered their help and advice on a voluntary basis, seeking nothing at all in return.”

It begs the question: Why would some rich guy go through all that trouble if his “advice” went unheeded?

According to Pro Publica, the Mar-a-Lago Three weren’t shy about dispensing their “advice.” They “bombarded VA officials with demands, many of them inapt or unhelpful.  On phone calls…Perlmutter would bark at them to move faster, having no patience” for a collaborative procedure that comes with democratic governance. 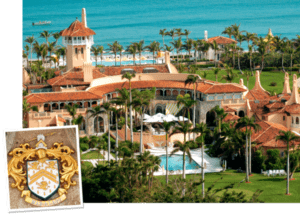 Mar-a-Lago, scene of the crime.

This particular arrangement is unprecedented in modern presidential history. Yes, some presidents had their informal “kitchen cabinets” (Andrew Jackson, Trump’s hero, coined the term), but none interacted with government agencies with presidential authority.

The Federal Advisory Committee Act of 1972 set parameters for outside advisers, making them subject to “cost controls, public disclosure and government oversight.”

Last Friday, Senator Tammy Duckworth (D-IL), herself a wounded warrior, called on VA director Robert Wilkie to cut ties with the Mar-a-Lago Three and remove their allies from the VA. Democratic Senator Jon Tester of Montana declared that the VA should be listening to its veterans, not political insiders.

This situation reeks of corruption and cronyism…The VA is being secretly run from the shadows of Mar-a-Lago by individuals with no accountability to taxpayers. [It is] unprecedented, disturbing and a profoundly unacceptable betrayal of our nation’s veterans.