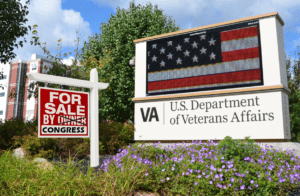 This veteran, along with just about every veterans group out there, oppose this scheme.

You know the Trump administration is up to no good when they float an initiative transferring a whole lot of wealth to the one percent under the guise of remedying the horrible specter of veteran suicides.

Who wouldn’t be for that?

The White House recently released a plan that would ultimately privatize veteran mental health care by out-sourcing it to non-VA providers. The Executive Order would at first offer vets transitioning out of the military–around 245,000 vets a year–to receive 12 months of free mental health care. Then, the veterans will then be counseled that they need not seek out a VA facility for ongoing care. Instead, they would have the “freedom of choice” to seek out a private sector mental health provider. 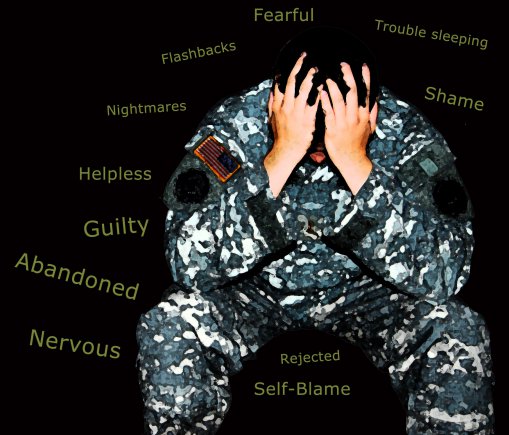 This is bizarrely counter-intuitive simply because soldiers and sailors experience mental health difficulties that are very specific to their professions. Wouldn’t it be best to lead them to a facility that has been treating veterans’ symptoms since the Revolutionary War? The VA’s only business is to address veterans’ complex needs, such as its stellar suicide prevention program and its treatment of Post-Traumatic Stress Syndrome (PTSD).

It is basic math that funding private sector providers will cannibalize the VA’s budget appropriation. This is right out of the Republican playbook: starve a government agency and thus diminish its effectiveness. ..and then grandstand the decline in services to make a case for privatization.

And then there are the individual costs.

“There are certain stories,” recounted Will Fischer of the veterans group VoteVets, “of people who have had their credit wrecked because they went off into the [private sector] CHOICE program and all of a sudden they were asked to pay bills that they couldn’t.” 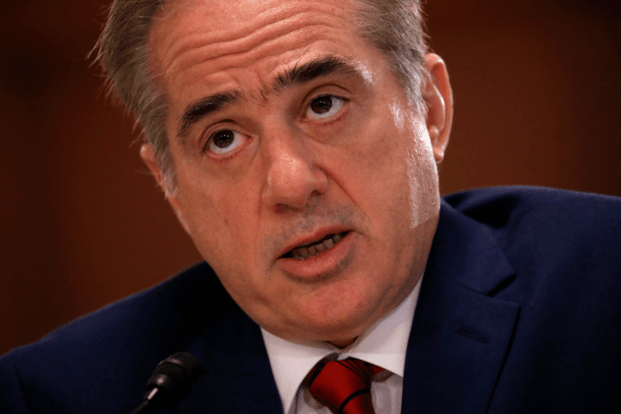 So who is pressuring the Trump administration to take these deceptive steps towards privatization?

Ask David Shulkin.  The fired VA administrator wrote in a New York Times op-ed piece: “They saw me as an obstacle to privatization.”

The “they” in his remarks included right-wing mega-donors David and Charles Koch, whose front group, Concerned Veterans of America (CVA),  seems to be the only veterans’ group that supported Trump’s privatization initiative.

“They’re a political lobbying firm,” said Louis Celli, a national director for the American Legion. “They’re not a veterans organization. They’re using veterans issues as a tool to push a political agenda.”

So why are the Koch Bros. suddenly so interested in veterans issues?

The Koch Bros. and their confederates would love to get their paws on the largest US government agency in terms of number of employees (377,805 in FY 2016). VA health care facilities include 153 medical centers around the country, 700 outpatient clinics, and 126 nursing home units.

The VA (actually the Department of Veterans Affairs) is also responsible for veterans’ benefits including the GI Bill (which got me through college); and for VA cemeteries and burial benefits. The new chief is Robert Wilkie, who was sworn in on July 30 after Trump’s original choice, Ronnie Jackson, was deemed unfit by Congress.

Ronnie Jackson was the Koch Bros.’ choice. It remains to be seen whether Wilkie will take the VA mission to heart.

The American Legion. Amvets. Vietnam Veterans of America. VoteVets. Just about every mainstream veterans’ organization opposes privatization. They know what their members know: The VA is a world-class organization designed specifically to meet the needs of veterans.

But instead of dropping quotes from these groups’ leaders, I’d like to tell you my story. After I got out of the Army in the mid-’70s, I was a healthy young man with no need for health care. Then a series of jobs offered health care as a benefit, but I don’t recall ever visiting a doctor.

In 2000, I accepted a position with no health care. I dropped in to my local (Philadelphia) VA not having the slightest idea about the status of my health. As long as I appeared fine, nobody seemed to care so either did I.

I discovered that I was to see a doctor twice a year minimum, and get bloodwork done beforehand so the doctor could inspect my “numbers.” She saw something–I won’t say what–and prescribed medication that might have saved my life.

Does your health care provider do that?

As a former substance abuser among a veteran population more susceptible to it, I was assigned a behavioral health counselor. There was a time in the early aughts (say 2004) when life was getting me down and I became vulnerable to falling back on some old bad habits. My counselor recognized it and suggested I see her every Friday for a month or more. I did so reluctantly. But deep down, I know she pulled me out of the swamp and I’ve been centered ever since.

Does your health care provider do that?

You want to privatize the VA? I would dust off my old warrior’s mask for that fight.