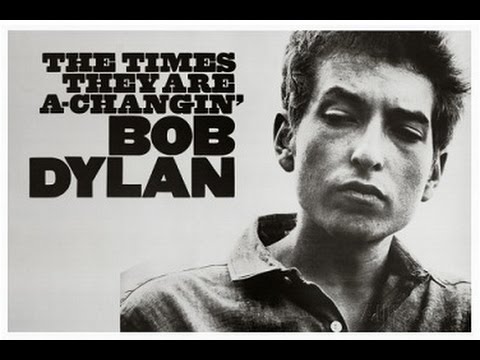 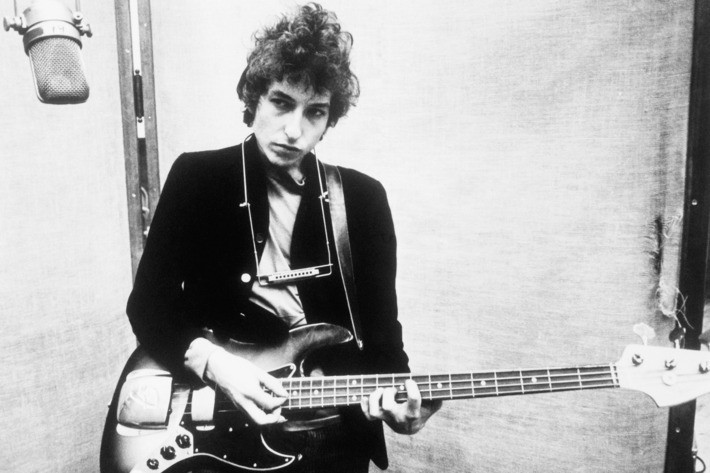 Bob Dylan, The Times They Are a-Changing’ 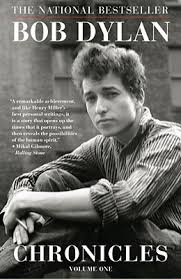 Bob Dylan, the most influential singer-songwriter of our time, moved to New York City to be close to Woody Guthrie, Dylan’s hero, who was hospitalized  nearby in North Jersey.

Dylan became a regular at the coffeehouses of Greenwich Village, where he was sure to play his “Song to Woody,” a tribute to his ailing hero. According to his book Chronicles, Volume I, Dylan required special permission to perform at some clubs because he was not yet 21 years old,

Dylan signed a record contract in the fall of 1961, soon after his 21st birthday.   Aside from his Woody Guthrie tribute, Dylan’s first, self-titled album contained covers of traditional folk songs and the blues.

But that would change very soon, as Bob Dylan’s songwriting chops surfaced with a vengeance.

In the winter of ’64, while America was fixated on the Beatles’ appearance on the Ed Sullivan Show, another musical milestone was being created not too far from where the Beatles landed.

That prior summer, Bob Dylan’s spirit was galvanized by the March on Washington and the murder of black civil rights activist Medgar Evers that gave the March its urgency. In New York City, he began recording his third studio album for Columbia Records.

The album, “The Times They Are a-Changin’,” dug deep into the consciousness of America’s youth. Bob Dylan became a very reluctant champion of the 1960’s protest movements. 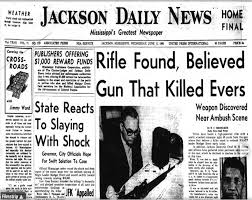 Mindful of the atrocities that culminated in Medgar Evers’ death (the song, “Only a Pawn in Their Game,” could have referred to Evers’ assassin), Dylan performed for voter registration activists in Greenwood, Mississippi in 1964.

Come mothers and fathers throughout the land,
And don’t criticize what you don’t understand.
Your sons and your daughters are beyond your command.
Your old road is rapidly agin’.
Please get out of the new one if you can’t lend a hand, for
The times they are a-changin’.

…and speaking of ahead of his time: 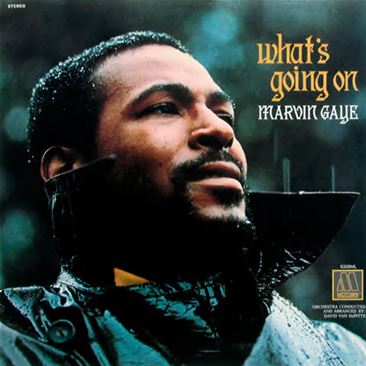 For Marvin Gaye, the circumstances of his death are not as important as his life as a creative innovator. The Motown artist with the three-octave vocal range always seemed to be ahead of his time, especially when it came to these career milestones: 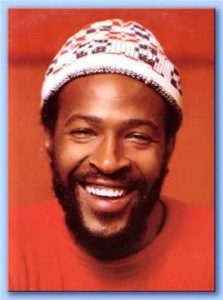 Gaye died of a shotgun wound inflicted by his father on April 1, 1984. People from around the world meet at Marvin’s star on the Hollywood Walk of Fame during the week of Apr. 1-5 to celebrate his music and his life.

Here is “What’s Going On,” the song and lyrics, publish by lyricsmanism in 2011, courtesy of YouTube: