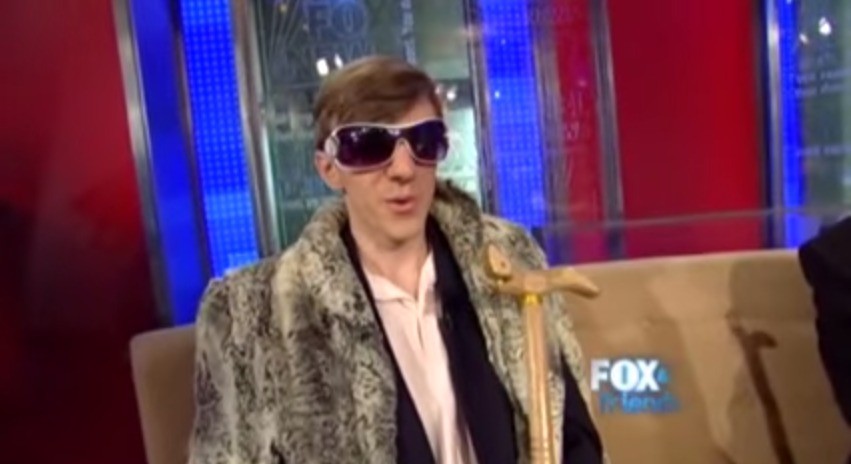 James O’Keefe in his pimp outfit. During the ACORN “sting,” he wore normal business clothing. The pimp outfit was for the sting video made public. Source: wonkette.com

Still waiting to hold this fraud accountable for ACORN’s demise.

I’m sure you’ve heard of this guy. His specialty is secretly filming encounters with subjects who work for, or are connected to, organizations or entities that conservatives regard as liberal and thus, are “fair game.”

James O’Keefe then selectively edits these video encounters in a way that misrepresents the context of the subject’s responses (e.g., editing in answers to questions asked long before) to create a false (and especially dark) impression of the subject’s intent. They are widely known as “sting” videos.

O’Keefe’s editing is not even cleverly done. A seventh grader would know that something is rotten in Denmark.

A Friend in the White House 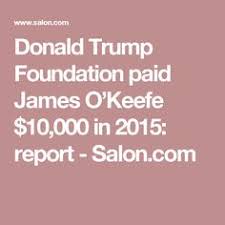 The video was dismissed but apparently Trump was impressed with a kindred spirit. Trump donated $10,000 to O’Keefe’s non-profit group, Project Veritas.

In fact, like many conservatives, James O’Keefe has cashed in under a Trump presidency. The non-profit’s recent tax return revealed that O’Keefe is paid an annual salary of $317,000. Not bad for some dude with a camera with one notch on his belt (ACORN–more about that later) and several high-profile failures (Planned Parenthood, Democratic Senator Mary Landrieu of Louisiana and National Public Radio, among others).

Right Winger of the Year 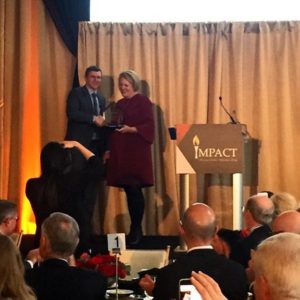 Last month, O’Keefe received an award from a right-wing organization, United for Purpose, for “going above and beyond in the defense of liberty.” O’Keefe accepted the award from the group’s president, Ginni Thomas, the wife of the silent and rabidly ideological Supreme Court justice.

The keynote speech was delivered by Trump surrogate Sean Hannity of Fox News.

The event was held in the Trump International Hotel in Washington, DC. Where else?

Amidst this villainous back-slapping, perhaps the biggest joke of the night  was that the ceremony was held very soon after James O’Keefe’s most embarrassing sting failure: trying to con The Washington Post into publishing a false story based on one woman’s dubious assertions. Of course the woman’s story was scripted by O’Keefe and his associates.

Here is a sturdy and convenient (under three minutes) summary of that O’Keefe blunder and its aftermath by MSNBC‘s Chris Hayes of the prime-time show, All In, courtesy of You Tube:

What James O’Keefe Doesn’t Get About Journalism

When James O’Keefe prodded that woman to lie to The Washington Post reporters, he naturally assumed that the Post would run the explosive allegations without any due diligence. That is so contrary to the way journalists operate, especially with a hot potato about a controversial US Senate candidate in Roy Moore.

There are over 400 colleges with journalism programs in the US. Do these “alt-right” characters actually believe that these schools teach students how to make up fake stories?

The fact is, the overwhelming majority of mainstream journalists, especially in legacy operations such as The Washington Post, are schooled properly and take their professions very seriously. Just like that reporter you see in the MSNBC story.

O’Keefe would know that if he actually spent any time in newsrooms or learning about how a tip becomes a story (or doesn’t). Instead of doing that, however, he has spent his time seeking to find people in media who affirm his preconceived notion that all reporters are part of a broadscale liberal cabal in which facts take a back seat to ideology. 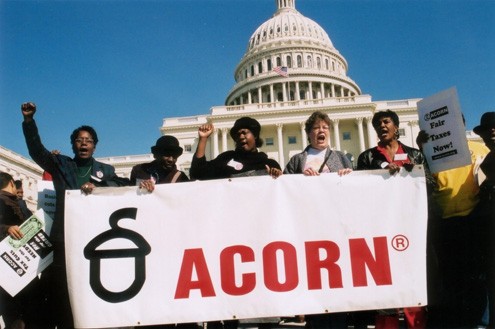 ACORN was once the most effective advocate for low-to-moderate income people.

There’s no need to recount or relitigate the familiar story of O’Keefe, supposedly dressed like a pimp but actually dressed in business clothes (he donned the pimp outfit post-production), trying to implicate overworked and baffled staffers from the Association of Community Organizations for Reform Now (ACORN) in criminal activities. The heavily edited videos implied conspiracy.

Despite being exonerated by both the California State Attorney General and the US Government Accountability Office, ACORN ran into a buzz-saw of opposition from Congress, which held some of its purse-strings. It disbanded in 2011. 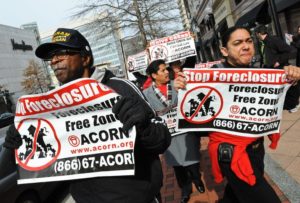 ACORN’s “actions” made a lot of rich people mad.

It seems more appropriate to summarize some of ACORN’s accomplishments:  the first successful minimum wage campaigns, getting poor people enrolled in the Earned Income Tax Credit, a successful class action suit and restitution for predatory mortgage lending, the enactment of the National Homestead Act for “urban homesteading,” a federal affordable housing bill sign by President Bush (43) and Project Vote, the most successful low-income voter registration drive in this nation’s history (and a factor in ACORN’s downfall).

Think about it the next time you see some smart aleck in a fur coat holding a video camera.