…but Not a Word About Pope Francis 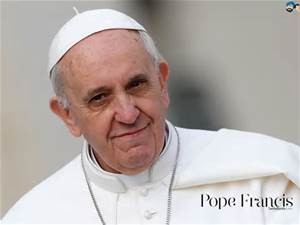 The “inspirational” leader of over 3.7 million Catholics in Pennsylvania…a third of its population.

I’ve driven the Philadelphia-State College round-trip so many times that I believe I can do it with my eyes closed. I have favored stops along the way, and I usually stumble into each place with typical road weariness and an ambition to get whatever done fast and get back on the road.

On my most recent trip over the holidays, I was struck by something that forced my eyes wide open.

At two all-purpose gas stations on Route 322 between Harrisburg and State College, I observed large rack displays of assorted books under the signage, “Inspirational Reading.” I found out that there were 27 or so like them on the road between Harrisburg and State College…750 displays in Pennsylvania and surrounding states…and 11,350 locations across the United States.

I further discovered that the distributor and “rack jobber” for these book displays is a company called Choice Books. The company is not a publisher; it just finds retail locations for its laminate displays and sells books. On its website, Choice Books asserts that it selects its books “to provide inspiring and wholesome reading material for shoppers across the US.” It claims to currently sell over 5.1 million books annually. Choice Books of Pennsylvania is one of its many regional distributors.

I feel inspired. let’s take a closer look at one of the book displays, this one located in Milroy, PA: 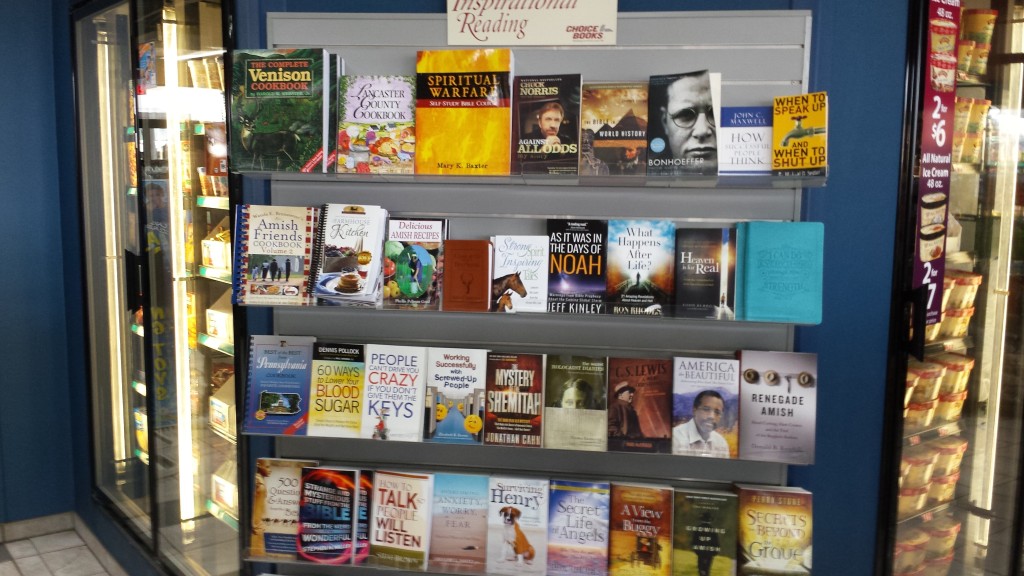 I am no expert on “inspirational” literature. But plain as day, there are two authors whose spiritual credentials are questionable, to say the least:

Both these gentlemen claim to be ministers. I suppose they can claim to be anything they want. I don’t know how much of their time they spend on “ministering,” but it has to pale in comparison to a true man of the cloth…a spiritual leader like Pope Francis. Despite occupying 20 web pages of recent book listings on Amazon, Pope Francis is nowhere to be found on any of the book racks I observed. 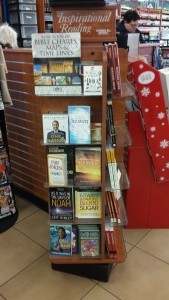 A “laminate spinner display” in Duncannon, PA. Yup, Ben Carson is there.

I am certainly not accusing Choice Books of being anti-Catholic. But it is a fact that Pennsylvania has the ninth largest concentration of Catholics in the country. Even tiny, typical Milroy, PA, is 28 percent Catholic, which is three points above the 25 percent national average. I asked Choice Books CEO John Bomberger how he makes his book selections.

“Maybe [books about Pope Francis] are out there,” says Bomberger, “but they’re not being presented to us. We do not promote any political perspective.”

CEO Bomberger pointed out that if Ben Carson were to run for president, his company would pull out of circulation Carson’s political book about “America, the Beautiful.”

Mr. Bomberger sounded sincere. If he is genuine, it seems clear that Choice Books was apparently given a set of rules of what passes for inspirational reading on America’s roadways.

As of today, it includes the likes of Ben Carson and Chuck Norris. That’s a damn shame, and it doesn’t have to be that way.

Good job Andy!!! I always laugh when I see “Inspirational” reading racks. They usually portray a very small slice of America, and certainly not one in which I feel I am a part of. I guess they figure that anyone who really wants to be inspired doesn’t have to think for themselves but just be told by someone one what that is supposed to be. I would rather think and ponder for myself….. When I hit that same rest stop, I’ll think of you…. …….and it will make me chuckle instead of making me mad.