Dump Trump? Winning Back the House Is Our Most Urgent Priority 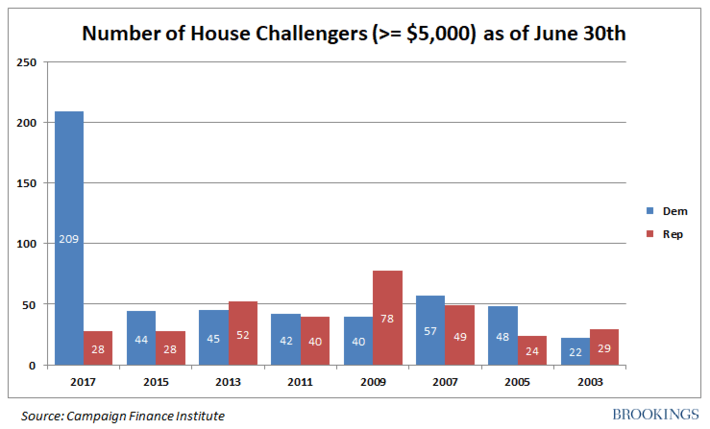 The dramatic surge of Democrats running for Congress in the 2018 election cycle is great news for the party.

The Republicans are sure to weaponize voter suppression and demonize our leadership. Democrats would be wise to deal with both. 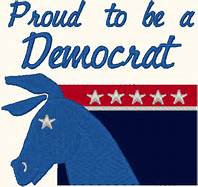 It seems too good to be true. In 18 of the last 20 midterm elections, the president’s party has suffered losses in Congress averaging 33 seats. Democrats need only 24 to retake the House of Representatives.

Currently in the House of Representatives, there are 23 Congressional Districts held by Republicans that Hillary Clinton won in 2016. Most of these Republican seats are clustered in the suburbs or outer reaches of metropolitan areas such as Philadelphia, Los Angeles, Detroit, Miami and Washington, DC.

Even if Democrats were to sweep those districts and hold on to the dozen seats held by Democrats that Trump won, they would still be one seat short of the prize.

Here’s the good news: the sheer number of Democrats running for office (see graphic above) will hopefully yield qualified candidates who will shake loose complacent Republicans in other competitive districts. And then there’s the unstable and untrustworthy blowhard at the top of the ticket who will continue to self-destruct.

Democrats need more than a good midterm election. They need a great one. But why is this so history-defying hard? 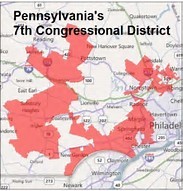 A flagrant example of gerrymandering is this suburban Philadelphia district. PA legislators used “packing and cracking” to assure their party’s dominance: “Packing Democrats into a limited number of districts, and cracking their influence by scattering them across districts in numbers too small of have an impact.” (Washington Post)

Redistricting Showdown in the Supreme Court

After the 2010 census, newly minted Republican majorities in statehouses throughout the country redrew congressional lines to favor their own party. Strict voter ID laws were also enacted.

The worst practitioners of partisan gerrymandering were Pennsylvania (see PA-7 map, above), North Carolina, Ohio and the state of Wisconsin. 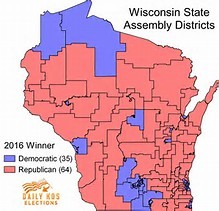 Lots of red in a competitive, battleground state

Wisconsin was always one of those typical battleground states where races were decided by a few percentage points. Donald Trump won the state by 22,000 out of 3 million ballots cast. (Green Party candidate Jill Stein received 31,000 votes.)

After the 2010 census, the Republican-majority Wisconsin assembly redrew the state legislative map. In the 2012 election, Republicans won 60 of the 99 state assembly seats while winning only 48.6 percent of the statewide vote. in 2014 Republicans added three seats (63-36), despite winning a bare majority of the vote.

Earlier this summer, the US Supreme Court agreed to take the case. SCOTUS has routinely tossed out electoral maps that sought to suppress racial minority voting. But partisan line-drawing has yet to be settled. Crucial swing vote Justice Anthony M. Kennedy has asked for “a manageable standard…to conclude that a state did impose a burden of restrictions on the rights of a party’s voters.”

Lead plaintiff  William Whitford is confident. “We think we have a standard.” This could be a game-changer for Democratic prospects in the 2018 midterms….if the decision is made in a timely manner. 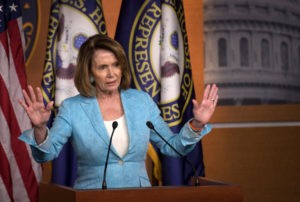 Despite being burdened by a presidential candidate that had the worst unfavorable ratings in polling history, Congressional Republicans in 2016 held their losses to six seats and actually won the national House vote by one percentage point.

They should thank Hillary Clinton. Hillary had the second-worse (to Trump, of course) unfavorable rating in modern polling: 55 percent unfavorable, according to Gallup. Her demonization by Republicans was thorough and demoralizing. FBI Director Jim Comey’s Oct. 28 letter to Congress sealed a deep cynicism among voters who didn’t know which way to turn. Among the 19 percent of voters who disliked both presidential candidates, House Republican candidates won by wide margins.

Bad news for House Republicans: Hillary Clinton won’t be on the ballot in 2018. But of course Republicans have selected another target. 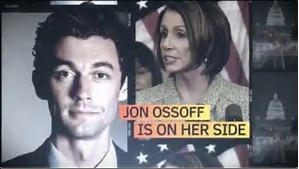 Democrats had a chance to show their new chops this past June when a dark red Congressional seat opened up in Georgia, and a young Democrat seemingly sent from central casting, Jon Ossoff, almost topped the 50 percent primary threshold to secure the seat outright.

Republicans obsessively pounded Ossoff with brutal mailers and TV ads portraying the Democratic candidate as a “puppet” of House Minority Leader Pelosi. In the end, the election was less a referendum on Donald Trump, as it should have been, and more on Nancy Pelosi.

“President Putin probably has a better approval rating in Georgia than Nancy Pelosi,” remarked David kim, a candidate in a neighboring district.

Ossoff lost a close one in a deeply Republican district. That should please Democrats as well as give them pause.

According to respected data-cruncher FiveThirtyEight.com, its updated projections have Democrats leading Republicans in the generic House ballot, 46-36 percent. Historically, according to FiveThirtyEight, “presidents tend to get more unpopular in the lead-up to midterms.” We’ll see.

The Russia investigation might rearrange our priorities. But we have no control over that. We can certainly influence our local elections.

As for the changing of the guard in House leadership, I am as conflicted as most. Sure, I’d like to take an easy target off the table. I just have a feeling this will be Nancy Pelosi’s decision. Forcing the issue could be a perilous pursuit, according to one Democratic strategist: