Donald Trump’s Incompetence Can Be Useful to Democrats 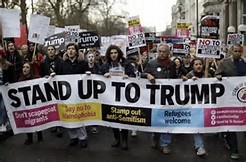 As Trump continues to unravel, Impeachment becomes the Republicans’ dilemma, not ours.

When I say Donald Trump is “useful,” most of me wants to run away from that phrase. Like you, I love my country: its diverse people, its history, its “exceptionalism,” its standing in the eyes of the world. It breaks my heart to realize that its most prominent citizen does not share my love of country.

Donald Trump does not love America. Mostly, he loves himself. He covets authority and, unfortunately for us, the US is the most convenient place where he can exercise it. He is a cruel man who seems incapable of laughter. 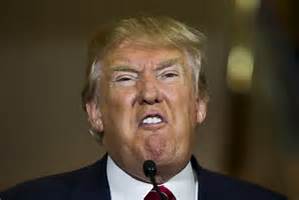 His policy agenda–transferring health care subsidies to the pockets of millionaires (a bill he probably never read), that house-of-horrors budget proposal in which Budget Director Mick Mulvaney characterized the receiving of government benefits as “theft” and “larceny,” the travel ban and outrageous cabinet choices–all seem more like an act of vengeance than a sincere attempt to improve the lives of Americans. Trump doesn’t care…or doesn’t know enough to care.

Trump’s refusal to release his tax returns and the obvious commingling of his office and real estate holdings is a reckoning waiting to happen. Seasoned and responsible officials in our government will find a way to lift the veil off of this betrayal of the office of the presidency.

Most of all, Trump’s seeming preference to be in the company of authoritarian leaders rather than our European allies is an alarming trait. This unprecedented mentality runs parallel to allegations that the Trump campaign colluded with Russian operatives to influence the 2016 presidential election. (How can you love America and conspire with its arch-enemy?) Trump’s alleged attempts to divert attention from this–to cover it up–has dusted off the prospect of the “I” word–impeachment.

Tempting…yes. But for Democrats, fraught with peril. 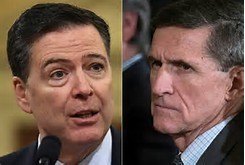 At least 23 House Democrats and three Senators, according to the New York Times, have signaled their intention to push for impeachment proceedings. Talkative Congresswoman Maxine Waters (D-CA) declared, “We can’t wait that long. He will have destroyed the country by then.”

Waters and the others must know that the math does not favor them. Republicans control both the House and the Senate. A vote to impeach Trump requires a simple majority in the House: 218 votes. As of this writing, 25 Republicans would have to join the 193 House Democrats to clinch the vote, and that’s assuming Democratic unanimity, which is not a certainty.

If it were to somehow clear the House, the  bill would go to the Senate, which would conduct an impeachment trial requiring two-thirds of Senate “jurors” to convict. That’s 67 Senators. There are 48 Senate Democrats. The math is daunting. 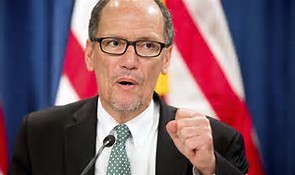 Be Careful What You Wish For

Besides pursuing something that is really beyond their control, Democrats and progressives need to consider these reasons why leading an impeachment charge would be a strategic blunder:

If the Trump presidency continues to unravel and a constitutional case for impeachment can be made, Democrats can force Republicans into a perilous Catch-22 over whether to own it. If Republicans refuse, they will likely fail to achieve much of their policy agenda, risk permanent damage to their party brand and weaken their future electoral chances. If they do own impeachment, they blow up the tenuous Republican-Trump coalition. Either way, Democrats can focus their energies on mass resistance and rebuilding an electoral majority.

A Lesson From the Hillary Campaign

The final nail in the coffin of any progressive involvement in the “I” word comes courtesy of Hillary Clinton’s 2016 presidential campaign. Trump’s flaws made him such as easy target, but we would have won those rust belt states if we had devoted more than nine percent of our messaging to issues that made plain putting government to work for working people…issues that poll much better than Republican “carnage.”

No use in reliving the past. Let’s take care of our end. We’ll pick up the pieces when the Republicans drown in their own bitter brew.