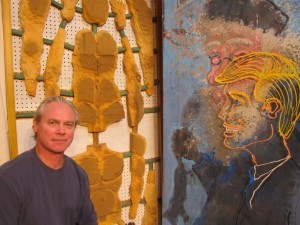 The author amidst his main gig.

Editor’s Note: Welcome to VINYL VIBE, an occasional column reviewing hand-picked jazz records from the personal collection of Karl Jones. Karl is a Brooklyn/Philadelphia visual artist whose art constructionist pieces have graced this website (check it out: https://andrewgoutman.com/karl-jones-art-constructionist/). As a past professional jazz guitarist, Jones headed up the Small Stream Jazz Ensemble, with the help of John Stenger, Behn Gillence and others. Karl still teaches guitar theory.

And the First Selection Is…

My platter choices are based loosely upon factors such as rarity, artistic intention and historical magnitude. Please retain those terms loosely in your grasp while reading this column. Other factors in play include: subjectivity, scholaristic fun & games, virtual public assembly for discussion of a said grooved object and a personal anecdote pertaining to a musical artist on that record.

And now lets reach into the hat and pull out a plum in the form of… (Off camera: an Andrew Cyrille drum roll.) 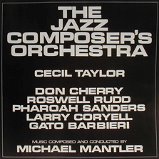 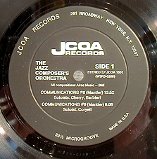 Impetus Austrian trumpeter and music student Michael Mantler comes to good old USA in the early ’60s and gets immersed in the New Thing. He’s forging the very free and compositionally open ‘64 Jazz Composer’s Guild with the  Bleys, Shep, Rudd, Taylor, Ra, etc. They give it their best shot but nobody could agree on what to eat for lunch: Shep wants a bag-o-nails, Taylor’s happy with tap water and Sun Ra wants to order out steamed tofu from Thothville.

The Guild melts down, but from the fire jumps a more disciplined and conceptually monolithic unit in the form of the Jazz Composers Orchestra in ’65, a leaner and meaner ensemble that plays Newport and then a thing at the Modern. The times required an all encompassing philosophy, involving not just composition and blowing over some mode, but business politics/ economic sustenance/whole artistic visions.

Late ’65 to early ’66 finds Mantler, C. Bley, Steve Lacy and crew, in an off-shoot group called the Jazz Realities touring Europe, looking for a sound and searching for a better name, hopefully. In June of ‘66, the vision becomes The Jazz Composer’s Orchestra Association, an incorporated non-profit organization. 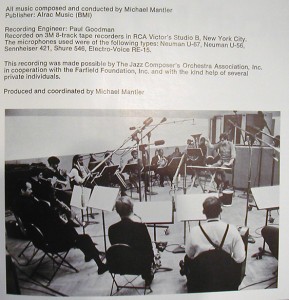 A photo from the boxed set

It’s a knee jerk nod to the fact that nobody wants to toss money at something that doesn’t exist: an age-old problem for artists. It’s not like you even have to be that Out to experience such a phenomenon. Can’t get a gig without a rehearsed band, can’t have a band without a gig. Writing compositions for this somewhat larger and more hooked-up ensemble gets going in earnest in late ’67 which sets the stage for this ’68 boxed set. Subsidy and control make odd bed fellows, but don’t bite the ear that hears you.

Upon initial perusal, this two-disc boxed set has the usual lengthy booklet to explain and document the New Object. One of the pitfalls for any Avant-gardist Rodeo, whether its aural, visual or both, is that the average dilettante is going to need some sort of  road map to justify the whole darn mess. Hey, if nothing else there are always the photos of Tod Papageorge, and that’s an historical pleasure. 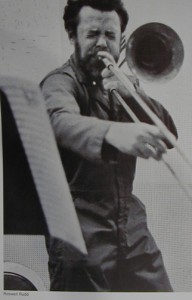 Reproduced in tiny scores that give new meaning to reading fly poop, poetry and arty ramblings round out the booklet. The LPs, adorned with their modern labels were recorded, pressed and distributed by RCA in NYC. The box itself poses an age-old problem for the maniac, which is how to keep an unslicked, silver-on-silver cover from getting scratched…poly sleeves were not all the rage in ‘68. An old friend, fastidious to say the least, was the original owner and even he couldn’t keep it pristine, bless his little heart.

The music, ah the music….or is it?…Sound pushing boundaries of the norm. Racism, Philistine culture, pop culture itself…nightclub owner nightmares and commerce rules are being commanded to cower before the New Artistic Manifesto. How do you organize free jazz and maintain creative indigenous ideas? Native birds sing songs all day; are they looking at the strange charts when we’re not? Is this sophisticated Euro/primitive American pioneering a good marriage? Festooned noise commissioned/composed by people tired of swingin’? Did they ever swing? Do they or you care? 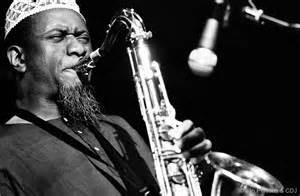 Leave the entertainer behind in the nightclub, honey, and let your eyes adjust to the light in this strange dark place. These are souls bleating out to any stranger that may pass by the alley entrance and stop if even for a moment. Love this sometimes raw tertiary music with odd scores, thematic schemes and cubby holes for soloists to blow into. Don’t be dismayed for not instantly adoring it. The magnitude isn’t revealed until many sittings.

Representational landscapes will have to be traded in for spontaneity, juxtapositions, strange lyrical tongues, free association, new idioms and purposeful eccentricity. Soloists and ensemble are making an attempt to be more intertwined, leaving behind the bop tradition of  each member of a group stepping out front to blow over a set of changes and then stepping back. 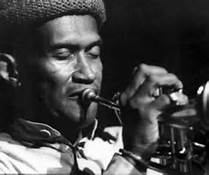 One of my favorite aspects of these six tracks is Don Cherry as some sort of  heraldic device leading the bull fight while Guernica smolders. His boppish beauty is almost too tasty compared to what the ensemble is cooking up. Barbieri has not the faintest idea of what to do when following such a lyrical menace. 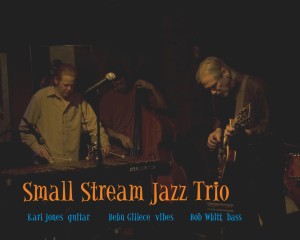 Personal Sideline: I met both Don and Eddie Blackwell here in Philly while working at The Foxhole doing the house sound in what was probably the winter of ‘77/’78. This was a relaxed and wonderful night involving only one mike. Don sat cross-legged on stage with the pocket trumpet and a small book of lines that he would thumb through, stop, say “oh yeah” and then blow on the little ditty he had just settled upon, leaving Eddie to join in with his small kit. Don, being the sweet cat that he was, took some time after the show to hang out and offer support to my being a nascent guitarist. Unfortunately Eddie was not well, and made like a wraith, suffering silently. 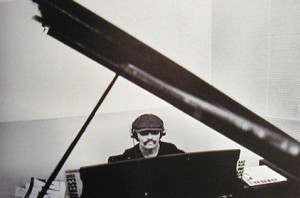 On piano: Cecil Taylor. Photo from the boxed set.

A lovely Swallow bass intro with Mingus seemingly lurking nearby, fantastic orchestral mood swings and Mr. Rudd! Bone and drum interplay don’t get any better. Second disc is all a bow to “Cecil Subjugation.” Cecil Taylor is a powerhouse, a perpetual flame at the powder keg, master of mayhem, one of the brightest constellations, and, oh yes, castanets for comic relief. The propulsion percussion is carpet bombing scary, great and leaves a huge impression in the ground. 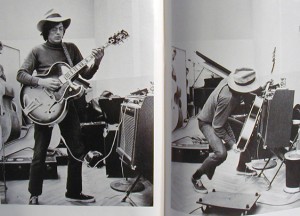 What would have been more interesting? Would have been nice if Lacy didn’t have to bolt for a European tour and had instead taken the solo spot given to Barbieri. Coryell sayin’ something besides “this Gibson large, sound is so small.” Some Ornette sensibility to replace Sanders’ patented freak out. A way to record five flippin’ bass players. Last on the wish list would have been to give Sun Ra a side just for comparison sake.

Thanks for listening. Until next time, chow baby, cat chow.