The Seductive Opiate ‘Cure’ That’s Causing Its Own Epidemic 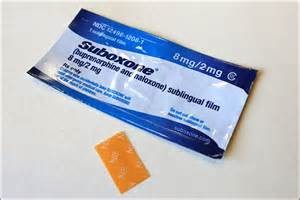 A heroin epidemic has taken hold in this country, affecting the unlikeliest of social strata, and there is but one point on which we can all agree: There is no easy way out.

By unlikeliest, I mean this opiate scourge has set foot on pastoral grounds that seem light-years away from the stereotypical urban ghetto…places like Vermont, on which I wrote about its governor devoting his entire state-of-the-state speech on their unfolding tragedy. Vermont soldiers on. It is by no means alone.

Unfortunately, we as a society are still a bit clueless when it comes to battling addiction. The old, go-to remedy eschews scientific scrutiny and works only with certain mind-sets. Newer solutions create consequences that can last a lifetime.

It certainly doesn’t help when the good works of medical professionals are countermanded by legal drug sellers whose first priority is profit-taking, and not problem-solving.

These are the three options for a person who wants to “kick” heroin or prescription pain-killers:

Why Is an Opiate a Cure for Opiate Addiction?

Good question! One reason has to do with a concept called harm reduction. That is, society (not to mention the suffering individual) is better served when the addict is safely ensconced in a program, and not out on the street searching for cash for that next bag of dope. Another reason, with lifetime repercussions, can be found in an article ominously titled, “Addiction Treatment With a Dark Side:”

The idea of using opioid substitutes to treat opioid dependence is based on the premise that long-term drug use profoundly alters the brain. 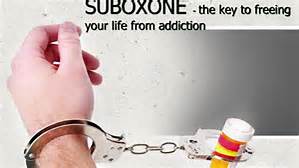 When Suboxone was first prescribed in 2002, it was hailed as a major breakthrough; a magic bullet. Addiction specialists had grown wary of 12-step programs, regarded as well-intentioned but lacking data accountability. Millions of people were being herded into a spirituality-oriented abstinence program wholly based on a book (“The Big Book”) written in the 1930s. Anecdotal accounts of relapses were appalling.

Remarkably, Suboxone was promoted by doctors as being non-addictive in those early days (sound familiar?). Hundreds of rehabs and methadone programs came on-board. But as months and years passed, the experiences of many opiate addicts proved otherwise. (You can find numerous threads of testimonials on the website The Fix. Simply type the word Suboxone in the search box. Be prepared; the stories are heart-wrenching.)

I won’t judge or seek blame for this betrayal of facts. Here’s the deal: buprenorphine is estimated to be 25 to 45 times stronger than morphine. Doctors of all people don’t seem to understand that Suboxone binds itself to the brain’s opiate receptors more powerfully than any other opiate. How can that be non-addictive?

That monkey on your back just grew to be a 500-pound gorilla. It could be your lifetime companion. 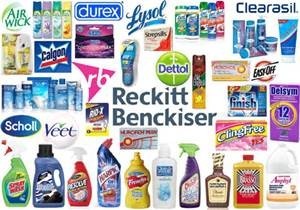 The original maker of Suboxone is barely a pharmaceutical company. The British-based consumer goods giant supplies many familiar brands, pictured above.

RB has a market value of at least $56.7 billion. At one time, full 21 percent of its operating profits came from Suboxone. The company was so dependent on Suboxone sales that when CVS removed the drug of its list of covered medications in 2013, RB’s stock plummeted 5.1 percent. But that was probably the least of its worries.

On December 3, 2013, RB’s Richmond, VA, office was raided by agents of the IRS and the Office of the Inspector General (OIG). The government’s primary concern was RB’s aggressive and anti-competitive behavior when it pivoted from tablet to dissolvable filmstrip to maintain its exclusive right to sell Suboxone when its patent expired.

In order to maintain its Suboxone monopoly, RB redirected its salesforce to sell the filmstrip only at the expense of its other products. RB’s sales reps earned bonuses for film-only sales and risked losing their jobs if they did not meet quotas. One employee alleged “fear-based messaging.”

RB eventually lost its bid to block rivals to make generic equivalents of buprenorphine. In late 2014, RB severed its pharmaceutical unit. The new company, whose stated mission is to make remedies for addiction, is named Indivior, PLC. 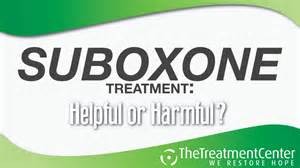 Families and loved ones of suffering opiate addicts are faced with choices that are unimaginable to folks who don’t have to go through it. My heart goes out to you (more than you know). This is a cautionary tale without a final conclusion. I can’t accept that responsibility.