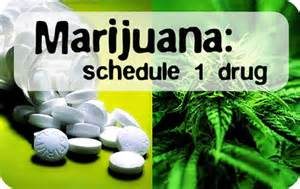 Right up there with heroin…

The War on Drugs’ Number One Casualty

After much anticipation (and with more and more states openly flouting federal law), the Drug Enforcement Administration (DEA) of the US Justice Department in mid-August refused to remove marijuana from its harshest legal classification under the 1970 Controlled Substance Act.

Schedule I drugs are judged to have a high potential for abuse and have no medical value. This handy chart shows that weed is deemed more dangerous than cocaine and meth: 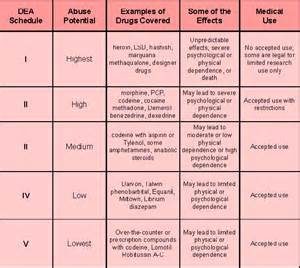 In the Name of Science

The DEA’s declaration includes phrases such as “the drug’s chemistry is not well-known,” “there are no adequate safety studies,” “the drug is not accepted by qualified experts” and “scientific evidence is not widely available.” The agency concludes that “the known risks of marijuana use have not shown to be outweighed by specific benefits in well-controlled clinical trials…”

This thinking creates a bit of a Catch-22: To change marijuana’s schedule, there needs to be a certain amount of scientific research…but government restrictions make it difficult to fund and conduct that research. In other words, 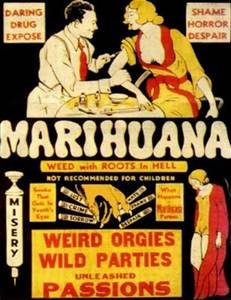 Rather than thoughtful approaches based on individual health and public safety (in other words, ironically, science), the prohibition of marijuana was nothing more than a tool to demonize immigrants and minority groups. It perhaps started after the Mexican Revolution (1910-20), when Mexican immigrants brought to America their language, culture and certain customs, like smoking “marihuana.” Cracking down on pot was a way to keep this immigrant population under the federal thumb. 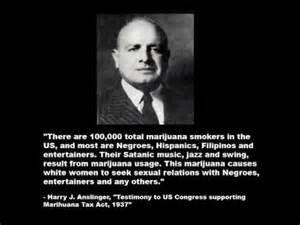 Harry J. Anslinger, the first commissioner of the Bureau of Narcotics

When Harry Anslinger was appointed chief of the Bureau of Narcotics by President Herbert Hoover in 1930, he was known as a bit of a loose cannon. He was a hardliner on Prohibition, and even suggested that buyers of illicit alcohol be subject to the same legal sanctions as bootleggers.

During the Depression, Congress pinched its penny with many federal agencies, and the Bureau of Narcotics was no exception. A great believer in the bully pulpit, Anslinger became convinced that frightening the public about marijuana would bring in the enforcement dollars.

Most marijuana smokers are Negroes, Hispanics, jazz musicians and entertainers. It is a drug that causes insanity, criminality and death–the most violence-causing drug in the history of mankind. 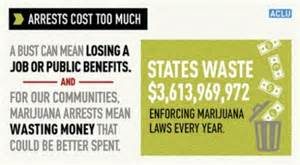 The Injustice of Marijuana Arrests

Despite all that we’ve learned and long felt, and despite its legalization by many states, the fact of the matter is: Marijuana arrests are the engine that still drives the failed War on Drugs. According to the Drug Policy Alliance, “In 2014 there were 700,993 marijuana arrests in the US…the vast majority (88 percent) for simple possession, not sale or manufacture. There are more arrests for marijuana possession every year than for all violent crimes combined.”

The War on Drugs is especially harsh on minority communities. According to the American Civil Liberties Union, “Black people are 3.7 times more likely to be arrested for marijuana possession than white people despite comparable usage.”