Like the Affordable Care Act, Trump is sabotaging something Americans clearly want.

There are lies, damned lies and…policy statements from the White House.

Last spring, the Trump administration beat a hasty retreat from its support of Attorney General Jeff Sessions’ declaration of strict enforcement of federal marijuana laws…the states be damned. (More about that soon.)

Trump didn’t even inform Jeff Sessions of his decision, an unprecedented menacing undermining of a Cabinet official.

In June, the president assured legislators, and Colorado Sen. Cory Gardner in particular, that he “really” supports bipartisan legislation that would allow state marijuana laws to persevere. The old chestnut “States Rights” was let out of its cage and given as a raison d’être. 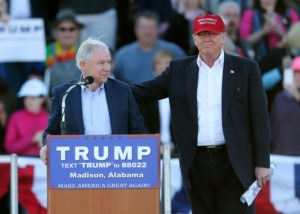 Like taxes, health care and family protections for immigrant asylum-seekers, here was another issue whose popular support seemed at odds with Trump’s “base.” A Quinnipiac poll found that 63% of Americans supported the legalization of marijuana.

According to document obtained by BuzzFeed News, this committee summoned 14 federal agencies plus the Drug Enforcement Administration (DEA) to submit “data demonstrating the most significant negative trends” about marijuana. Agencies were told to “identify marijuana threats; issues created by marijuana initiatives; and consequences of use, production and trafficking on national health, safety and security.”

This represents an unprecedented misappropriation of government resources (yep, you’re paying for it). There are thousands of government studies that utilize data and anecdotal information that reach an objective conclusion, hopefully resulting in the betterment of American lives. This study was designed to be one-sided, regardless of what the data revealed.

If the White House is actually spreading misinformation about marijuana to undercut states’ rights, it’s appalling but not out of the ordinary for President Trump and his gang of prohibition supporters. 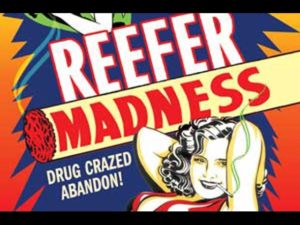 Rather than thoughtful approaches based on individual health and public safety (in other words, science), the prohibition of marijuana was nothing more than a tool to demonize immigrants and minority groups. It perhaps started after the Mexican Revolution (1910-20), when Mexican immigrants brought to America their language, culture and certain customs, like smoking “marihuana.”

Cracking down on pot was a way to keep this immigrant population under the federal thumb.

In today’s America, the War on Drugs is especially harsh on minority communities. According to the American Civil Liberties Union, “Black people are 3.7 times more likely to be arrested for marijuana possession than white people despite comparable usage.” 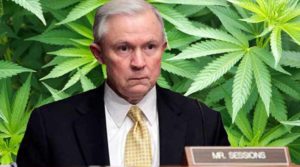 The Attorney General Reflects on the Ku Klux Klan:

I thought those guys were okay until I learned they smoked pot.

This comment by our attorney general, fact-checked by The Washington Post, was brought up in Senate confirmation hearings in which Sessions was denied a federal judgeship in 1986. It’s not so much the times have regressed; the US Senate has.

I raise this remark, plus the brief summary linking marijuana prohibition to racial discrimination, to attempt to draw a clear line of what’s happening here.

It is a fact that Attorney General Sessions last January rescinded Obama-era guidance on marijuana enforcement, and gave federal prosecutors the okay to enforce federal marijuana laws in states that voted pot legal. It was walked back only because of furious reactions from certain Republican senators and Trump’s retreat after reading the tea leaves.

Just like their in-house sabotage of the Affordable Care Act, the Trump administration is using the back door to deny Americans something they clearly want.

Are their ambitions guided by racism?

You decide. It’s pretty clear to me.