Merle’s ‘Okie from Muskogee’ Just Might Be In Rehab 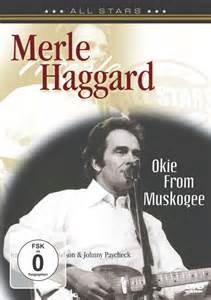 We don’t smoke marijuana in Muskogee,
We don’t take no trips on LSD,
We don’t burn our draft cards down on Main Street,
We like livin’ right and being free,
I’m proud to be an Okie from Muskogee…
–Merle Haggard, 1969

As recent violent confrontations between the police and minority communities have flashed across our TV screens, conservative commentators have chirped, almost in unison, “we told you so!”

Their point is approximately this: Seedy Baltimore and its blue state counterparts are reeling from decades of entrenched and corrupt Democratic rule. Just look at the battle-scarred neighborhoods, the poverty, the sense of entitlement…no respect for authority! Jobless moochers! (Cue Mitt Romney.)

This well-worn “blame the victim” scenario is passionately spun by clown-car agitator Breitbart: “…a near-half century of unbridled Democratic rule–and with it the proven failure of left-wing politics, the welfare state, union cronyism, poor policing and ravaged schools…” Conservatives like to point out that–no evidence required!–their beloved red states, ruled by Republicans, have been relative models of tranquility and respect for the law. 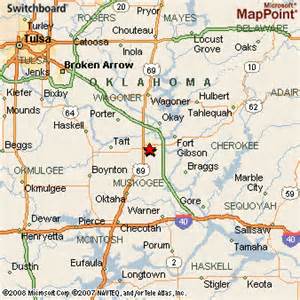 Muskogee, Oklahoma, population of 39,223…about the size of Altoona, PA or Beavercreek, OH…60 percent white…is the 11th largest city in this mostly rural state. Muskogee is located in Oklahoma’s second congressional district, which voted for Mitt Romney over President Obama by 68-32 margin. The second’s congressman, Markwayne Mullin, owner of a plumbing company, is a Republican just like the state’s four other congressmen.

In fact, it’s not just Oklahoma’s congressional delegation that flickers red. Every single executive office and legislative body in the state is controlled by the GOP. The governor, Mary Fallin, and her executive branch…secretary of state, attorney general, state treasurer, school superintendent, labor commissioner and every other…all Republican. The GOP enjoys majorities in both the state House (72-29) and state Senate (36-12). Once a reliable part of FDR’s New Deal coalition, Oklahoma has preferred the Republican candidate in every presidential election since 1968.

Like most everything else in life, things are not quite as they seem. Scratch the surface and peer beneath Muskogee’s idyllic, small-town tableau, and you might find some lyrics that, well, don’t quite fit.

According to Yelp yellow pages, there are 51 drug/alcohol rehabilitation centers that serve the town made famous by Merle Haggard’s iconic song. To be fair, only eight of the facilities are located in Muskogee’s city limits. Nevertheless…that’s a lot of rehabs for a town of 39,000+… a disturbing one rehab for every 765 Muskogee residents. (Actual numbers here are confidential.)

Perform an internet search on “drug crimes in Muskogee” and you will find page after page of human misery on display: drug users and their dealers being rounded up, meth labs being disassembled by Hazmat teams and smashed to oblivion, large numbers of thefts, burglaries and pharmacy arrests (more about that soon). 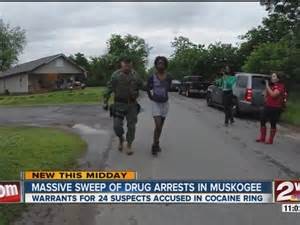 Crimes associated with drug use tend to be property crimes…because users constantly need cash. According to a real estate data collector, Muskogee’s property crime rate is 45 per 1,000 residents…compared to the state of Oklahoma with its 33 per. The national average: 27.3. Earlier this month, Muskogee police and US Marshalls took nearly two dozen crack cocaine dealers off the street in “Operation Green Giant.” The early morning round-up resulted in 21 arrests; three dealers were at-large.


What’s going on here? It is known that 80 percent of crystal meth in the US comes from Mexico. But it is expensive and usually diluted (“stepped on”) by the time it could reach the streets of small-town America. In its place, small meth labs sprung up all over the rural landscape, usually located in basements, garages or sheds in the woods. The “cookers” needed only scant knowledge of high school chemistry.

‘Meth Capital of the US’

It wasn’t long ago that Muskogee’s meth problems were declared “worst in the state.” In 2012 Muskogee cops busted up “about 400 labs,” compared to 173 in 2011. Then, Oklahoma authorities got smart and followed several other states in restricting the main active ingredient in homemade meth production: pseudoephedrine, commonly called “pseudo.”

Pseudo is the ingredient in cold and allergy medicine that acts as a decongestant. Prior to the meth scourge, cold pills containing pseudo could be purchased over-the-counter in bulk. The Oklahoma state legislature passed a bill that would require pharmacists to check photo IDs in order to track purchases of pills containing pseudo, and limit purchasers to 7.2 grams of pseudo a month.

It worked for awhile. 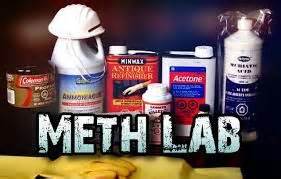 Imagine putting this stuff into your body.

Muskogee authorities are now battling what is called “smurfing,” a profitable practice for a person who travels pharmacy-to-pharmacy to buy the pseudo cold pills, and then sells the pills to meth cookers. This person usually possesses several false IDs. Smurfing is now a crime that could lead to jail time. There have been several high-profile arrests at pharmacy counters.

The meth epidemic found a second wind when cookers found a simpler way of making “home-brew” meth. The “one-pot” or “shake-and-bake” method goes like this, courtesy of KJRH-Channel 2 in Tulsa:

All Kevin needs is a 2-liter plastic soda bottle, or even a 20-ounce plastic bottle to cook a small amount of meth…”With 30 bucks (for ingredients), you could make a couple hundred bucks of meth,” Kevin says…Some but not all of the ingredients required to make meth in a one-pot cook include: pseudoephedrine…ammonium nitrate, found in cold packs; camp fuel, a common naphtha-based fuel used in lanterns; metal lithium and salt. It’s often said that cooking meth this way, which can be done in less than an hour, is as easy as baking cookies.

Currently, two states–Oregon and Mississippi–require a prescription to purchase cold pills containing pseudo. Both have enjoyed a substantial decline in meth production. Legislation is pending in Kentucky and a couple more states, but pseudo-prescription bills have failed in 16 states since 2010. It’s not hard to understand why.


A trade association representing over-the-counter medicines, the Consumer Healthcare Products Association (CHPA), has reportedly spent $486,053 to defeat the prescription legislation in Kentucky.  Even the Asthma and Allergy Foundation of America got in the action, declaring that “prescription laws put an unnecessary burden on consumers.” They have a point.

I have no quarrel with the good people of Muskogee, Oklahoma. I’m sure most of them are kind, hard-working people. To the folks involved in the drug trade: Hey, I’ve been there. I hope it gets better for you.