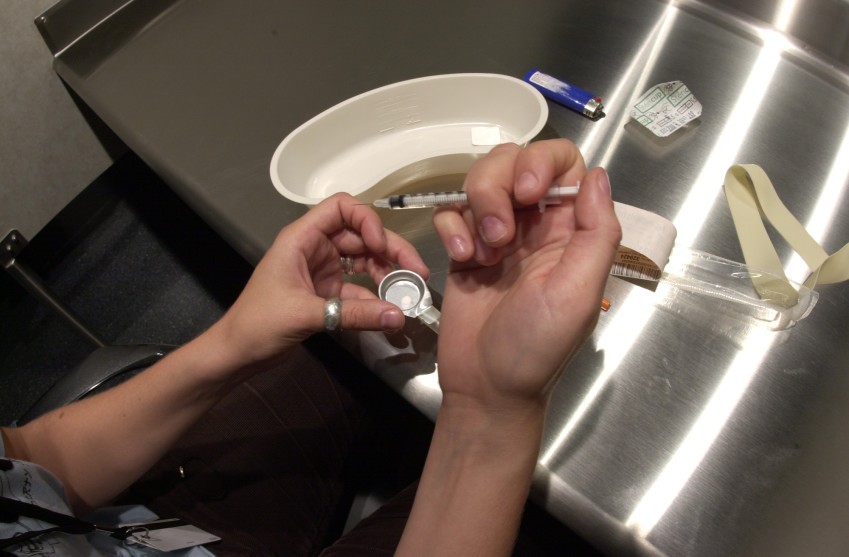 Logical next step in harm reduction:  Remember The Wire’s ‘Hamsterdam’?

Editor’s note: This is the 7th article published on this website about the opioid crisis and the so-called war on drugs. We intend to give this topic a renewed emphasis. To examine previous articles, just click on the tab titled DRUGS, which is located among the menu items across the lower part of the masthead. Thanks. –AG 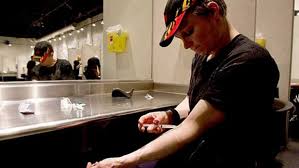 My hometown, Super Bowl-bound Philadelphia, can puff up its chest with another first-in-the-nation: the establishment of safe injection sites, supervised facilities where opiate addicts can shoot up without fear of reprisal or accidental death.

Just last year, Philly was the first US city to impose a tax on sweetened beverages that would fund universal pre-K in the city.

The injection sites follow other “harm reduction” initiatives in which Philly has been in the forefront: Needle-exchange programs and the widespread use of Narcan that reverses the effects of an overdose.

Philadelphia last year suffered the worst opioid death rate of any large US city. Over 1,200 people fatally overdosed in the City of Brotherly Love, one-third more than in the year 2016. This follows a national trend in which drug overdoses caused US life expectancy to fall for the second year in a row. Let that sink in for a moment.

My town is well-situated for the unenviable number one in overdose deaths. Philly is said to have the purest heroin around and it’s easy to get. The hub of the city’s opioid crisis is in a neighborhood called West Kensington which, despite constant police surveillance, remains an open-air drug market. (Full disclosure: the author is a former heroin addict who knew the streets of West Kensington by heart.) The neighborhood is right at a public transit stop and is a short drive from Interstate 95. 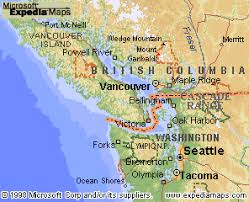 Although Philadelphia was the first city to approve safe injection sites, Seattle has set aside $1.3 million for a future safe haven for addicts.

Injection sites have been operating in Europe, Australia and Canada for years. One such site is just north of Seattle, in Vancouver, Canada. A facility called Insite opened its doors in 2003 in a particularly bad Vancouver neighborhood. Since that time, Insite has served more than 3.6 million drug addicts, who inject under the watchful eyes of staff nurses. More than 6,000 people have overdosed there but none have died. 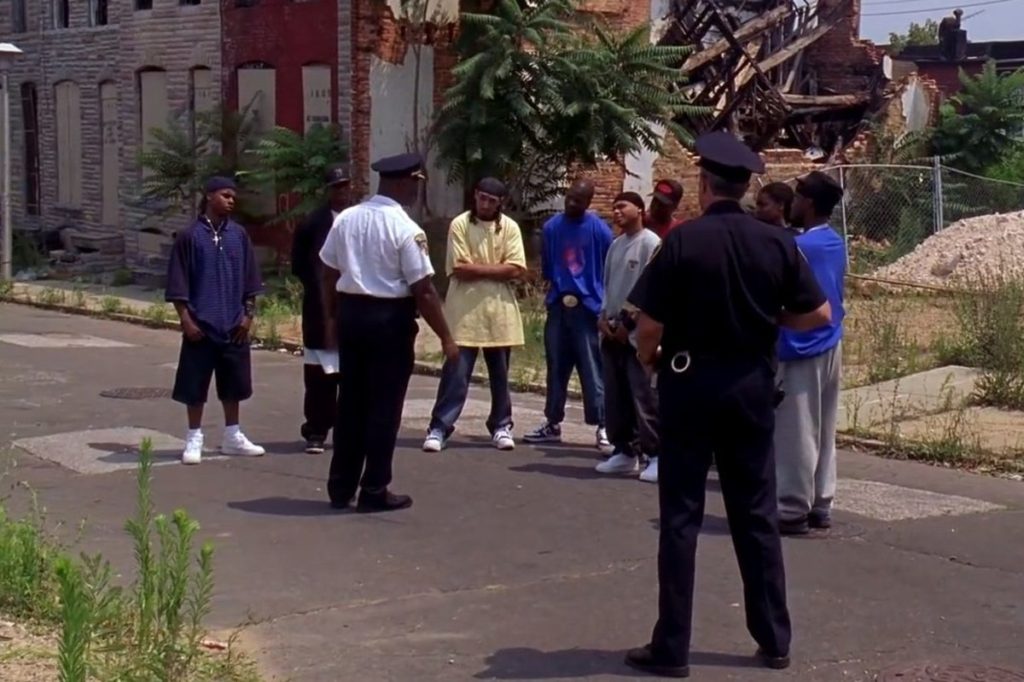 When it was announced that Philadelphia would establish safe injection sites for opioid addicts, a tweet-storm ensued in Philly over its symbolic parallel to several iconic episodes of the hit HBO TV series The Wire. Set on the mean streets of Baltimore, The Wire recounted the eternal battle between police and drug gangs. The show had a good run: 2002 to 2008.

Here’s the parallel: In season three of the show (2004), a police major named Howard “Bunny” Colvin (expertly played by actor Robert Wisdom of Prison Break and Nashville fame) takes harm reduction into his own hands by designating arrest-free zones in vacant lots (Hamsterdams) where dealers and users are allowed to transact business. Police merely insure that the zones stay put.

This is a tantalizing idea and perhaps a logical increment to harm reduction: Neighborhoods stay safer. Cops can monitor for excesses like overdoses. In the TV show, however, Major Colvin is found out and punished. But that was 14 years ago.

In my view, both safe injection sites and the mythical Hamsterdam are hard to cheer for in that they normalize aberrant behavior. However, there’s a new drug out there that’s giving a whole new meaning to harm reduction. 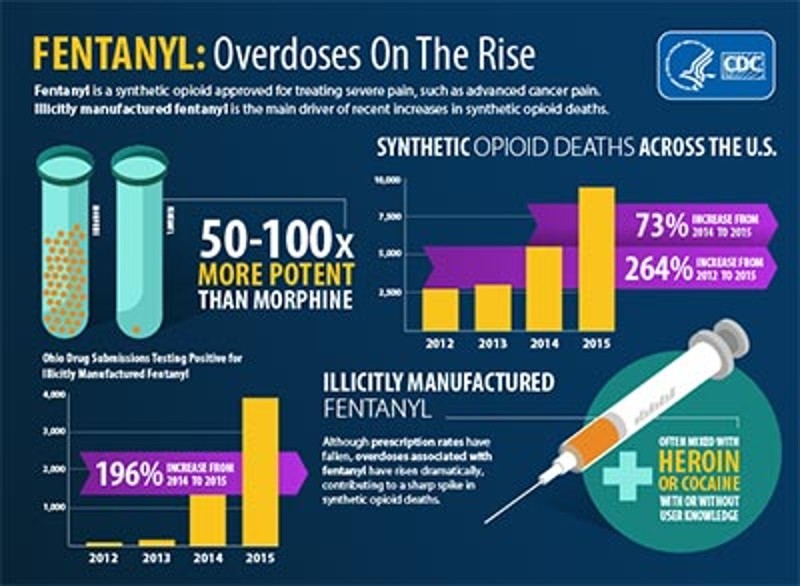 Fentanyl has two main sources: the pharmaceutical industry and the Mexican drug cartels. When a documentary was being made about the Joaquin “El Chapo” Guzman and the Sinaloa drug cartel, the filmmakers heard about the cartel making a drug so powerful and dangerous that the traffickers called it el diablito, or “the little devil.”

El diablito turned out to be heroin-laced fentanyl. We can only assume it gave El Chapo a competitive edge. Fentanyl is 50 times stronger than heroin.

This doesn’t mean that the pharmaceutical industry is off the hook. Fentanyl is only approved by the FDA for “breakthrough cancer pain.” But a whistleblower investigation “found multiple Fentanyl companies [are] facing investigations and indictments for allegedly paying kickbacks to doctors…to prescribe the drug ‘off-label,’ for reasons other than its prescribed use.” Stay tuned.

We’ve been looking at this like a drug epidemic,” said a CDC official. “This is a poisoning epidemic. Fentanyl is not a choice. It is a contamination crisis.”

If you walk the streets of West Kensington, you will see two different worlds. You can choose to observe the junkies and bounders who stand aimlessly alone or in groups, on the look-out for some sucker from the suburbs who needs help locating a dealer.

You can also choose to watch the neighborhood folks, mostly Hispanic, who transact the daily grind of every day life, watching their children, scraping to get by, deftly blocking out the chaos the surrounds them, perhaps wishing they had the money to get out.

These good people need some peace.

If safe injection sites catch on, can Hamsterdams be far behind?