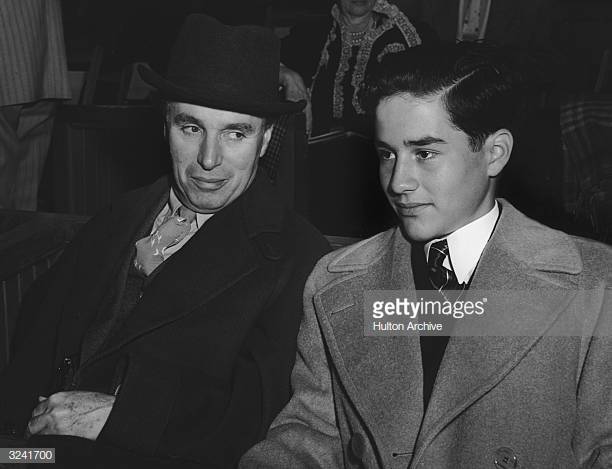 Dolya Goutman’s odyssey included a stop at Charles Chaplin’s mansion and a friendship with the screen legend’s two eldest sons.

I was momentarily at the center of it all, taking my first airplane ride from Philadelphia to Los Angeles. But for a boy of 15, there would be no sampling of the Summer of Love’s forbidden pleasures.

I was on a family vacation, seemingly joined at the hip to my father while he visited old friends from his time in the film industry. I loyally endured the endless “shop talk” and stale memories until one day, we parked our rental car at a Hollywood bungalow.  Out came this familiar-looking man to greet us. There was just something about him that brought a smile to me face, just as his father had done to millions before me.

It was Charlie Chaplin, Jr. 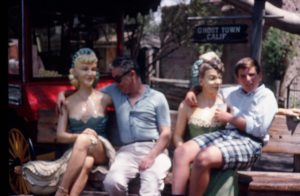 That’s Charlie Chaplin, Jr. mugging with a clay model on the left, my brother Tom on the right at Knott’s Berry Farm, 1967. Photo by Dolya Goutman.

My father’s improbable odyssey to the Main Line Philadelphia suburbs was far removed from the glamorous characters in, say, The Philadelphia Story, with its wealth and debutantes. To this day, I’ve never understood that myth.

Dolya Goutman was an immigrant from Krasnodar, Russia, whose family settled in Detroit after landing at Ellis Island. (The misspelling of our surname “Goutman” occurred at Ellis Island.) An art prodigy since he was a child, Dolya spurned the family business to accept a scholarship to the Art Institute of Chicago. He graduated in 1939. 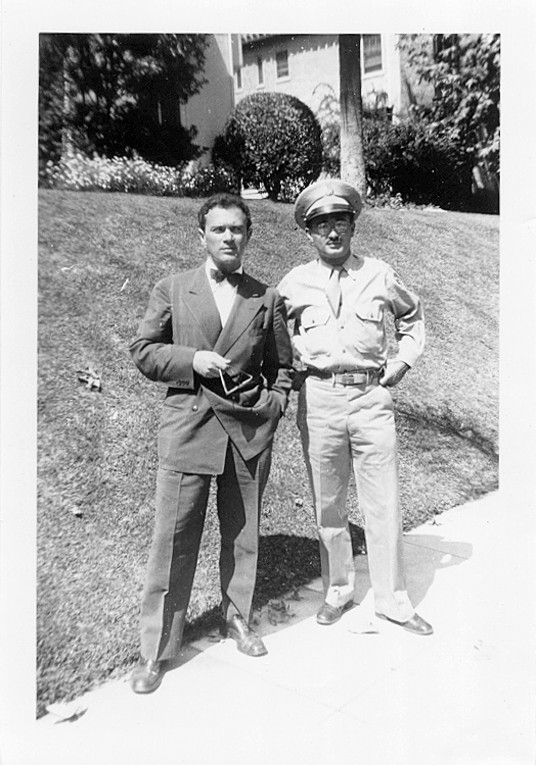 My father (L) with his brother, my Uncle Manny, in California, circa 1941. My dad would soon follow his brother into the Army at the advent of WWII.

After a fellowship in Mexico, where my father sat at the feet of famed painter and muralist Diego Rivera, he landed in Southern California. He became part of the emigree community that included noted Hollywood actors, directors and especially the gifted film composer Dimitri Tiomkin.

As Dolya followed his dream and became immersed in the thriving film industry, he was introduced to the great man: Charles Chaplin, who was politically active in protecting and nurturing emigree film creators. My dad was no slouch: He was art director for RKO, then Columbia, painting publicity portraits and artistic sets, including the Paul Gauguin art in the movie Moon and Sixpence (Tiomkin got an Academy Award nomination for the music). 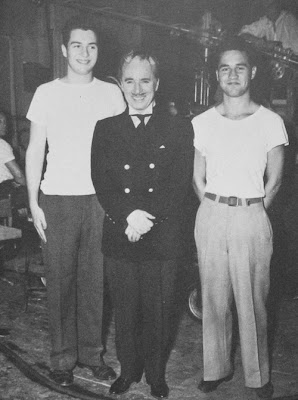 Charles Chaplin between his two eldest sons, Sydney and Charlie, Jr., in Los Angeles in the early ’40s. Source: rediscoveringchaplin.com.

Dolya immediately hit it off with Chaplin’s two eldest sons, Charlie, Jr. and Sydney. They were about the same age and shared a love for women, partying and doing whatever else young men do. They rented an apartment together. They were inseparable.

The three of them enlisted. My dad was sent to the Pacific Theater and then to Europe to be an interpreter. After the war, Dolya and the Chaplin boys resettled their lives in LA. They made perfunctory trips to the mansion. But things weren’t all well for Charles Chaplin.

Chaplin was dealing with some very messy romantic entanglements. More seriously, Chaplin was the target of a smear campaign orchestrated by FBI director J. Edgar Hoover, who was suspicious of Chaplin’s left political leanings. This was the beginning of the McCarthy era. (At one of the hearings, Chaplin was asked if he was a Communist. He famously responded, “No, I am a peace-monger.”) 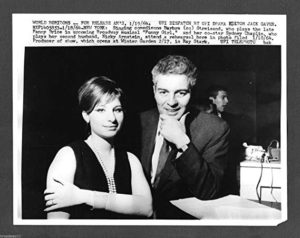 Sydney Chaplin did okay for himself, winning a Tony award for “Funny Girl.”

The political harassment became all too much for Charles Chaplin. After attending the 1952 London premier of his film Limelight, in which he cast several family members, including Charlie, Jr., he was denied reentry into the US on Hoover’s orders. That was later reversed, but Chaplin had already moved to Switzerland with his new bride Oona O’Neill. Chaplin made a triumphant return to the US in 1972 to accept an honorary Academy Award. He died in 1977.

Charlie, Jr.  died at age 42 of a pulmonary embolism. It turns out we visited him during the last year of his life. 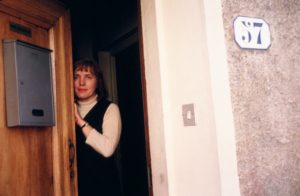 Lois Clair Goutman. My dad and mom met on a blind date in New York in 1947. Photo by Dolya Goutman.

A Happy Ending in Bryn Mawr

From his perch in California, Dolya set his sights on New York City as a place where he could sell his paintings. He visited in 1947 and while scouting galleries, a colleague talked Dolya into going on a blind date with a singer with the stage name of Lois Clair. Six weeks later, they married.

Also while in New York, Dolya met Bill Harcum, the grandson of the women who founded Harcum Junior College. (Bill is my godfather.) My dad needed a steady job and Harcum needed someone to head the school’s fledgling art department.  The next year, Dolya and Lois moved to Bryn Mawr, PA.

Lois Goutman got a job teaching speech and dramatics at the Baldwin School, about a block away from Harcum. My mom taught at Baldwin for 42 years.

No debutantes here. This is your typical Main Line story.