Pot & Gambling: Polar Opposite Symbols of our Cultural War 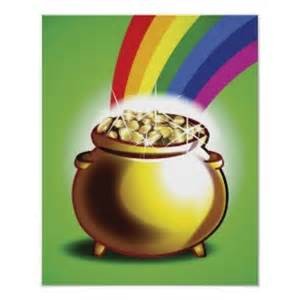 Two compelling tableaus that represent opposite ends of an enduring “cultural war” in this country took center stage in the past few weeks.

On one side, in the state of Colorado, the legalization of marijuana for recreational use produced long lines at marijuana sales outlets on January 1, the day the law took effect. The state is preparing for an influx of tourists, and…well, a multitude of public safety issues that any rapid social change would compel.

The state of Washington is up next, having had also approved a referendum to legalize recreational pot in the last election. The state is reviewing around 7,000 applications for licenses to grow, process and sell the stuff. At least five other states are carefully watching signature-gathering that would place pot legalization on the 2014 ballot. According to the LA Times headline, “This may be a year of legalization.”


Meanwhile, here in Philadelphia, PA, the state Gaming Control Board is holding hearings that would put a second gambling casino inside city limits. The applicants represent the cream of the crop of the region’s developers, who all have ambitious plans to use city space that is under-utilized and begging for…something useful.

What’s not to like? you ask. During the past four years ending in 2012, Pennsylvania’s cut from gambling revenue was $5.4 billion. The sum was more than any other state during that period, and more than New Jersey and Nevada combined. That’s probably because Pennsylvania taxes over half of a casino’s winnings. Las Vegas’s cut: 7.7 percent.

On the other hand, more than a few people are crying: Enough! Reports of children left in cars in casino parking lots have become commonplace in local media. There are now scores of casinos up and down the east coast, with latest gambling mecca cannibalizing the profits of those which came before. And now New Jersey is poised to launch its online gambling, with obvious implications. “This is a bad idea,” Roger Gros, publisher of Global Gaming Business told the Philadelphia Inquirer. “They should have waited to see how the market develops.”

So: What do marijuana legalization and casino gambling have in common? Obviously, both are regarded as cash cows for state governments starving for revenue. According to a 2010 study, legalizing marijuana would haul in $8.7 billion in federal and state tax revenues annually (assuming pot is taxed like alcohol and tobacco). This nakedly-driven profiting from human weakness has massive implications for the role of government, the arbitration of social problems and how much is enough. The situation in Philadelphia is the tip of the proverbial iceberg.


But, at some point their paths diverge, in a milieu of cultural symbolism, haves and have-nots, authority and power. Last November, New York Times conservative columnist Ross Douthat wrote an article titled “Pot and Jackpots,” which delved into this same topic (it is actually the only one I found). He made an excellent point about how differently pot and gambling were thrusted upon American pleasure-seekers:

There are significant differences in the ways gambling and pot have won America. The spread of casinos has been more of a top-down phenomenon, driven by states seeking revenue and an industry that’s free with campaign contributions. The permissive turn on marijuana has been a more (if you will) grass-roots affair—driven by activists and artists, influenced by empathy for the terminally ill, and hastened by public exhaustion with the drug war.

Not bad for a conservative.

The dominant socio-economic order in this country has always regarded gambling as its favored adult recreational activity (we’ll leave sex totally out of this). Anyone can plainly see this by the bells and whistles it flaunts: Booze. High rollers. Men in suits; women in gowns. Palatial hotels. Donald Trump. Sheldon Adelson. Wayne Newton. It’s the establishment, baby (insert Dean Martin’s finger-snap here).

On the other end of the equation, Americans who chose marijuana as their “harmless” vice haven’t done so well. Ever since the enactment of the Marihuana Tax Act of 1937 (spelling correct), which made pot illegal for all and taxed certain medical endeavors, enforcement has been selective, arbitrary and thoroughly discriminatory. (Fun fact: the first arrest for possession of pot after the law went into effect was a gentleman from Denver, Colorado.) A recent ground-breaking report by the American Civil Liberties Union tells the sordid tale:

Obviously, being arrested and convicted for possession of marijuana can have a devastating effect on one’s upward mobility. Especially in these times of economic upheaval, a stain such as a pot bust could slam employment doors shut. The enforcement of marijuana laws therefore subjugates and marginalizes a whole new class of people…obviously none of them “high rollers.” This is where the New York Times column has it wrong.  It is not the mere pursuit of pleasure that “dulls their senses and makes them easier to rule.” This is a clear case of a dominant authority exercising arbitrary power over a selective subordinate order, whether calculated or not. The harm is palpable. There are winners and losers here (pun not intended).


This is not an affirmation for the legalization of marijuana. (Full disclosure: I have never gambled in a casino. I quit smoking pot in 1981.) I have mixed feelings about it, especially when it comes to access. But I find myself cheering Colorado on. As an important skirmish in the cultural war, it feels totally righteous to chalk one up for the good guys.