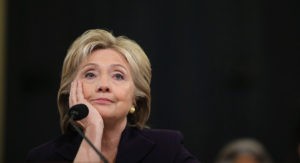 Hillary Clinton at the Benghazi hearing. She is once again being used as a punching bag, this time to divert attention away from the Russian collusion investigation. Source: Politico.

There’s no ‘there’ there. Republicans have abandoned any allegiance to the truth. 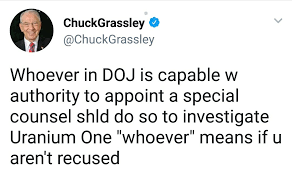 Senate Judiciary chairman Grassley (R-IA) is conducting one investigation. The House version is being led by Rep. Devin Nunes (R-CA).

With the Fox News-driven Republican echo chamber shifting to high gear, here’s what a thoroughly debunked and recycled Hillary Clinton “scandal” has wrought:

I can scarcely believe that I’m giving space on this website to scuttlebutt that has long since been repudiated, but this story isn’t going away anytime soon. Not with Mueller’s Russian collusion investigation in full-swing. Republicans are desperate to find ways to distract the American public from Trump’s Russia problem.

A gaggle of conservative media and Congressional Republicans claim that Hillary Clinton, while secretary of state, sent 20 percent of American’s uranium stockpile to Russia through a Canadian-owned company called Uranium One. In return, her Clinton Foundation received a $145 million donation from Uranium One through its principal investor, Frank Giustra.

These details were contrived in the book Clinton Cash, written by Peter Schweizer. The author is connected to the White House through Steve Bannon, who was chief adviser to Donald Trump until being ousted last summer. Bannon and Schweizer both worked for Breitbart News and are closely linked to uber-conservative donor Robert Mercer. Facts don’t get in the way of these guys. 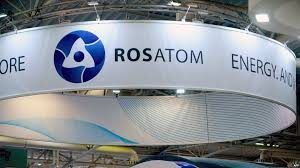 There is no–zero–evidence that Hillary Rodham Clinton sold 20 percent of America’s uranium to Russia and got paid for it. Where to begin? 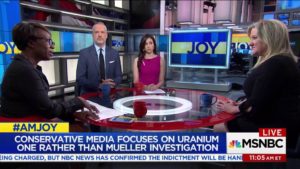 Like most Americans, it gives me pause to learn that my country is in this dirty business with Russia, our most detestable adversary that honestly makes ISIS look like F Troop. Uranium is a heavy metal (no, not Metallica) that can be enriched to fuel nuclear power plants and weapons.

But as Politifact notes, “The United States and Russia had for years cooperated on that front, with Russia sending enriched fuel from decommissioned warheads to be used in American nuclear power plants in return for raw uranium.”

Most important, lets not forget that the US and Russia hardly need any more enriched uranium for nuclear weapons. Each country has more than 4,000 stockpiled nuclear warheads.

Enough weapons that, if deployed, would end all discussions of US-Russia foreign policy.