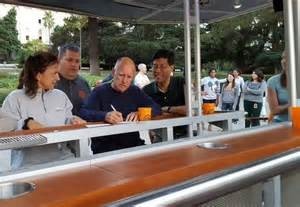 Sunny California, the 8th largest economy in the world, has been in the forefront of climate change initiatives under the leadership of Gov. Jerry Brown (D-CA).

On October 7, Gov. Brown signed into law a climate change law known by its legislative tag: SB 350. The new law included a mandate that Brown couldn’t get last time around: requiring utilities to purchase half their power from renewable energy sources like solar and wind by the year 2030.  Ironically, if the goal of 50 percent renewable energy is met by the year 2030, fossil fuels would then become the alternative energy source.

The Governor Had Plenty of Help

No one governor could have done this by him or herself. Brown had a key ally in Senate President Pro Tempore Kevin DeLeon (D-Los Angeles). A helpful backer was Pasquale Romano, the CEO of ChargePoint, the world’s largest electric vehicle charging network. Romano joined the governor at the bill’s outdoor signing ceremony.

Four years after the demise of Solyndra, the California-based solar panels maker that was once the Obama administration’s star pupil, California has doggedly and defiantly pursued clean energy. The state’s renewable energy capacity has almost doubled (to 25 percent) to lead the nation. Today, California is home to the largest wind, geothermal, solar thermal and solar photovoltaic power plants in the world.

Ah, yes…Solyndra. The solar firm went belly-up in 2011 after it defaulted on $535 million in federal loans. Solyndra became a convenient whipping boy for the president’s enemies and especially for fossil fuel magnates such as the Koch Bros. The brothers, through its Americans for Prosperity, spent $6 million on an ad campaign that sought to connect Solyndra’s troubles with the tenuous future of renewable energy.

The Koch Bros. managed to put on the 2010 ballot California Prop. 23, which would have suspended a 2006 law (AB 23) that required the state to cut greenhouse gas emissions by 15 percent. Prop. 23 was defeated by California voters by a convincing 23 point margin. The vote also gave Gov. Brown the opening he needed for a second stab at incentivizing renewables. 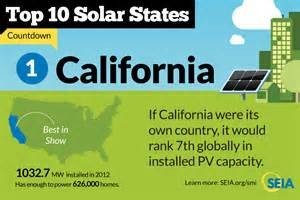 The governor signed landmark legislation in 2011 that mandated California utilities to acquire 33 percent of its grid capacity from clean renewable sources by 2020. 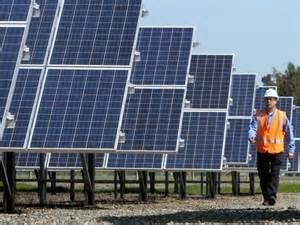 The Case for Renewable Energy

Renewable energy accounted for 11.2 percent of total energy generation in the US in 2013. The US Department of Energy’s Outlook on Renewable Energy in the US perhaps summed it up best:

On the jobs front, the solar industry employed 174,000 Americans last year. In California, according to the LA Times, “more [people] work in the solar energy industry than in all of the state’s investor-owned utilities combined.” Additionally, more than 75,000 Americans are employed in the wind power industry.

Next to solar and hydroelectric power, wind power has emerged as a key renewable energy player, supplying four percent of our country’s electricity. California ranks third in wind power generation, behind Texas and Iowa. 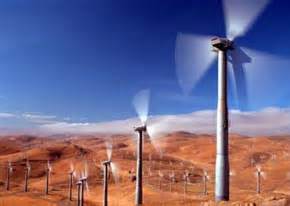 A wind farm in a California desert

Here’s an ironic twist to the future of clean energy. SolarCity, based in San Mateo, California, is now the largest solar installer and manufacturer in the world. In order to meet the growing demand for its solar systems, solar panels and even charging stations for electric vehicles, SolarCity has needed to acquire plenty of additional space. One of its new buildings: the old Solyndra factory. 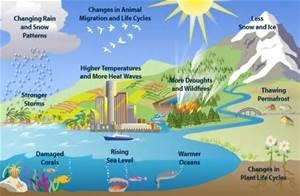 The consequences of climate change

The scientific evidence is of course overwhelming: greenhouse gas emissions generated primarily by fossil fuels cause climate change. With its long coastline and drought-stricken infrastructure, California is especially vulnerable to global warming.

The state is fortunate to have a leader who is not bound by the ideological restraints of climate change denial.

For California, there’s really no other choice.