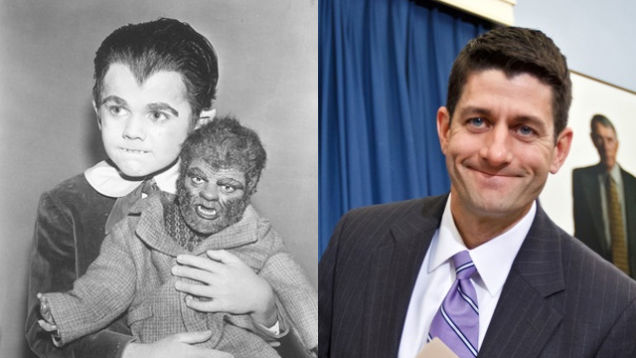 Ah, the kegger in college.

You always knew where the drinkers were: gathered around the keg of beer, priming the pump, wiping away foam, pouring beers, getting happy and buzzed…

Conversations were boisterous and frequently focused on the opposite sex. At one particular keg party, one girl whispered to her friend, ‘he’s cute but he kind of looks like that kid on that old TV show…you know, Eddie Munster.’ Laughter. Her friend responded, ‘But why is he talking about school stuff? So serious. What’s this Medicaid?’ First: ‘Let’s go find some fun guys.’

That conversation probably didn’t take place, but this one did: Speaker of the House Paul Ryan conversing with conservative columnist Rich Lowry at a National Review, uh, some annual event we’ll never attend. Asked by Lowry how he would deal with entitlements in light of the president’s campaign promise not to touch them, Delta Tau Delta pledge Ryan answered:

So, Medicaid–sending it back to the states, capping its growth rate. We’ve been dreaming of this since you and I were drinking out of a keg.

The Rich Get Richer 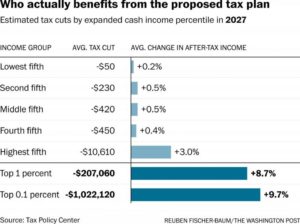 The US House of Representatives last week passed a budgetary “framework” that probably surpassed Paul Ryan’s wildest (and sudsiest) dreams. It contained all sorts of goodies for the wealthy among us…you know, the folks who don’t need tax relief. Some lowlights: 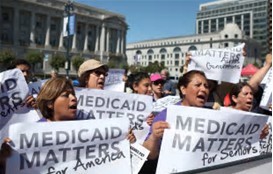 Senate Minority leader Chuck Schumer: “Not many Americans know that the president and the Republicans are going to try to pay for some of those tax cuts by slashing programs [that] seniors and middle-class Americans rely on.”

Taking a cue from their House colleagues, a current Senate budget resolution “would lead to a $1 trillion cut to Medicaid and a $473 million cut to medicare over the next decade,” according to a staff report. The proposal provides no details on how the cuts will be implemented. Judging by the failed Affordable Care Act repeal, Ryan’s fantasy–“send it back to the states” in the form of block grants–will be the likely method.

This action would rock the foundation of President Trump’s campaign promise, tweeted May 7, 2015, on entitlements: “I was the first & only potential GOP candidate to state there will be not cuts to Social Security, Medicare & Medicaid. Huckabee copied me.” 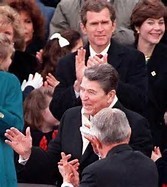 Probably the closest George W. Bush ever got to Ronald Reagan…but they shared the same tax fate.

Donald Trump seems to be following in the footsteps as his Republican predecessors, Ronald Reagan and George W. Bush. Each enacted tax cuts soon after assuming the presidency and they shared similar results that didn’t meet expectations. Specifically: 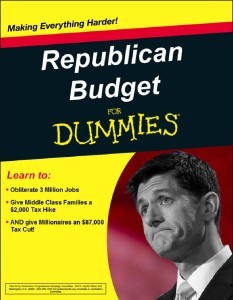 The Republican tax plan is predicated on the lie that tax cuts will create jobs and growth. History tells us a far different story.

Tax Cuts Don’t Pay for Themselves

Since he has demonstrated little aptitude or appreciation of history, Donald Trump is not likely to learn from past missteps of Ronald Reagan or George W. Bush. Further, he can safely ignore non-partisan economic research from the likes of the Library of Congress’s Congressional Research Service, which was muzzled by Senate Majority Leader Mitch McConnell for rendering information not to the Republican’s liking. Here is its conclusion, by the way:

The results of the analysis suggest that changes over the past 65 years in the top marginal tax rate and the top capital gains tax rate do not appear correlated with economic growth. The reduction in the top tax rates appears to be uncorrelated with savings, investment and productivity growth. The top tax rates appear to have little or no relation to the size of the economic pie.

However the top tax rate deductions appear to be associated with the increasing concentration of income at the top of the income distribution.