Nuclear Brinkmanship: “My Button Is Bigger Than Yours”? 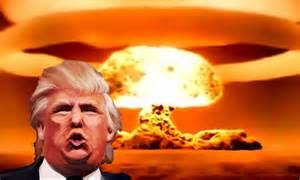 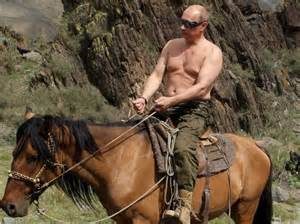 After nuclear armageddon, perhaps our only means of transportation is Putin’s companion. 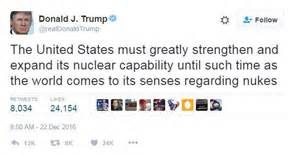 On the other side of the world, Russian President Vladimir Putin was of course no stranger to nuclear bravado. At the height of the Crimean War, Putin reminded world leaders that “It’s best not to mess with us. Russia is one of the leading nuclear powers.” At a 2014 conference in Germany, Russian participants told retired US generals that “any attempt to retake Crimea, or any military clash in the Baltic Republics, which have sizable Russians minorities, would be met with ‘nuclear force.'” Hold that thought.

Why a Nuclear Arms Race?

In the aftermath of World War II, a new world order emerged in which nuclear-armed world powers, with the US firmly in the lead, built their nuclear stockpiles to prevent a nightmare scenario of “mutually-assured destruction.” Many great motion pictures, like The Manchurian Candidate, captured this deadliest aspect of the Cold War. By the seventies, the US had 30,000 nuclear warheads, with Russia predecessor the Soviet Union possessing around 40,000 weapons. 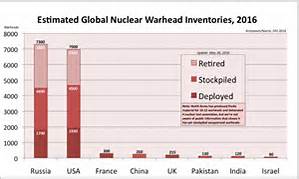 From that peak of weaponry, American presidents and their Russian counterparts have worked very effectively to reduce their nuclear arsenals. Thanks to the 2010 New Start Treaty, the US and Russia are permitted to deploy no more than 1,550 nuclear warheads each…still more than enough “to make the rubble bounce.”

If brute force is not the issue, then what’s the point of nuclear brinksmanship? Donald Trump has not shown his cards regarding US policy toward Russia, except to express admiration for Vladimir Putin (his 82 percent approval rating!). So perhaps the Russian president can provide us some clues. 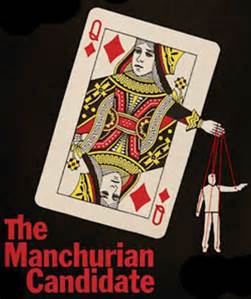 The movie The Manchurian Candidate is about Americans brainwashed during the Korean War, with their traitorous actions triggered by the Queen of Diamonds.

When former KGB Director Vladimir Putin took over the Russian presidency from Boris Yeltsin on New Year’s Eve, 1999, he could plainly see that his country’s place in the new world order was meager and subservient to the US…despite Russia’s parity with nuclear weapons. America, with an economy over ten times mightier that Russia’s, was at the core of the world’s financial and security apparatus. How could Russia compete with that?

Putin’s Russia has shown no inclination to “be like” America. According to Molly K. McKew of Politico,

This Russia does not aspire to be like us, or make itself stronger than we are. Rather its leaders want the West–and specifically NATO and America–to become weaker and more fractured until we are as broken as they perceive themselves to be…Putin’s Russia requires the United States of America as its enemy.

This war seeks, at home and abroad, to erode our values, our democracy, and our institutional strength; to dilute our ability to sort fact from fiction, or moral right from wrong; and to convinced us to make decisions against our own best interests.

This mind-set has become transparent with every new revelation about Russian cyber mischief that favored Donald Trump, who was perceived to be the weakest link in any realignment of the world’s most dominant players.

Now comes word of some sort of alleged Russian “dossier” containing damaging information about Trump. Could it help Putin hold the winning hand in a world crisis…ready to draw the Queen of Diamonds? 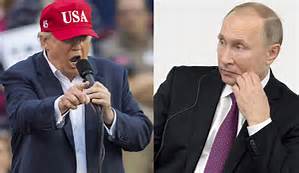 When Donald Trump started spouting his nationalistic nonsense during the Republican primaries, I would imagine Vladimir Putin rejoiced and did one of those arms-squared, low-stepping Russian dances. Here was the perfect guy, thought Putin, to diminish the prosperous liberal world order that had left Russia scrambling to keep up. And break up NATO? Where did I put that bottle of vodka?

Donald Trump and Vladimir Putin seem to be kindred spirits who share an authoritarian streak, a disdain for democracy and the rule of law and vengeful attitudes towards political enemies. But are they truly brothers in arms? Does Trump share Putin’s contempt for American exceptionalism? Does Trump subscribe to top advisor Steve Bannon’s propensity to tear it all down?

Is Trump a traitor…or is he compromised… or is he about to be played? Follow along with me with a purely hypothetical scenario. 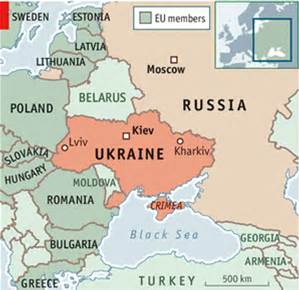 Even before the break-up of the Soviet Union in 1991, the Baltic states of Estonia, Latvia and Lithuania had one foot out the door. The countries have emerged as prosperous parliamentary democracies and members of NATO. All three countries enjoy per capita GDPs that are greater than Russia’s.

Yet, Estonia, Latvia and Lithuania have significant minority Russian ethnic populations. Thus, they are considered fair game for Russian restoration of its once empire. Remember, Russia paid no real price for its taking of the Crimea.

Let’s imagine that Putin’s Army deploys a Ukraine-style first strike on Estonia, with its 25 percent Russian ethnic communities. This would cause a global outrage as the world looks to the US and its response.

Article 5 of the NATO Treaty formally binds the US to come to the aid of any NATO member whose sovereignty is breached. This would create a real dilemma for a President Trump, who is on record as calling NATO “obsolete” and has said that the US would defend NATO allies only if the counties spent more on their militaries.

What would a Donald Trump do? Whose advice would he heed? Would he listen to his unhinged national security advisor Lt. Gen. Michael Flynn? There appears to be a part of him that would want to flaunt a muscular response. On the other hand, respect and a wide berth must be given to Russian president Putin, a leader who Trump “always knew was very smart.”

The press, the US intelligence community and the party establishments–all hated by Trump–would be howling for the US to respond. You can’t turn Eastern Europe over to the Russians! Can you? 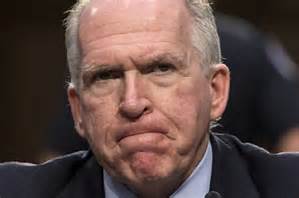 Yesterday morning, outgoing CIA Director John Brennan issued a warning to Donald Trump. Brennan asserted that Trump doesn’t fully comprehend the threat that Russia poses, and that the president-elect’s “war” with US intelligence is self-defeating. “The world is watching [Trump] very carefully,” Brennan told a Sunday morning news program. “If he doesn’t have confidence in the intelligence community, what signal does that send to our partners and allies as well as our enemies?”

Predictably, Trump took to Twitter to respond to Brennan. The tweet read in part” “Oh really, couldn’t do much worse. Just look at the build-up…of Russian nukes. Not good! Was this the leaker of FAKE NEWS?”

Somewhere in the Kremlin, Vladimir Putin is toasting his good fortune.