Back in the Day: The Wizard of Oz on TV

The Movie Premiered Before Our Time, but Television Sparked a Childhood Endearment 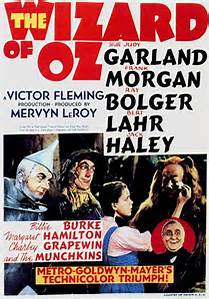 The Wizard of Oz was the Super Bowl of Its Time

What started out as a routine business deal between two entertainment companies turned into an much-anticipated family event that was cherished by millions.

Memories of  my annual viewing of The Wizard of Oz still give me a warm feeling. It never got old for me. I still love the color, the songs and the characters. The movie event often occurred between Thanksgiving and Christmas…adding to the magic of the holiday.

People don’t realize that it took The Wizard of Oz-creators MGM over 20 years to earn its money back. Throughout its theatrical release starting in August 1939, the movie lost about $1 million. In the book The Making of the Wizard of Oz, author Aljean Harmetz  parsed the deal:

This was the result of more of a series of accidents than any grand design. In 1956, CBS tried to lease Gone With the Wind from MGM for $1 million. MGM refused. As an afterthought, CBS made a $225,000 offer for The Wizard of Oz [per year, as it turned out]. MGM agreed and gave CBS an option to broadcast the film annually. Without the once-a-year repetition on television as a special, the film would not have been seen enough times for a new generation to become aware of it. Nor would it have become an event than just another movie. 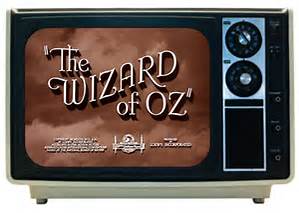 The TV Premier of ‘Oz

The first telecast of The Wizard of Oz took place on November 3, 1956, as a feature of the Ford Star Jubilee. The usually 90-minute Jubilee was expanded to two hours to accommodate the entire movie: the first Hollywood film to be shown uncut on a television network. But even with commercial breaks, the network came up short of time. And so the 1956 telecast had hosting segments that featured Bert Lahr, who played the cowardly lion; and 10-year-old Liza Minnelli.

The film skipped two years. But beginning in 1959, The Wizard of Oz became an annual television tradition, with yearly broadcasts until 1991. For some reason, it was not shown in 1963. 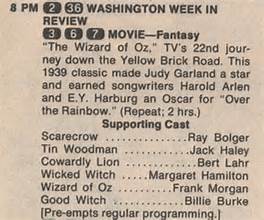 Of course you remember that the movie was shot in both black-and-white (the Kansas sequences) and what passed for Technicolor in those days. CBS chose to telecast The Wizard of Oz in color (paid for by its sponsors) even though very few people owned color TV sets in 1956.

The Wizard of Oz was the Super Bowl of its time.