Net Neutrality Not Dead Yet

The underlying conflict is a familiar one: the role of government to enforce fairness.

That iconic line, allegedly uttered by New York Yankees great Yogi Berra, then managing crosstown rival Mets during the 1973 season, was in response to a reporter’s question asking why his Mets were mired in last place. “It ain’t over till it’s over.” Sure enough, Yogi’s Mets started winning and ended the season atop its division.

The same can be said about the fate of net neutrality. After the 2016 election put the Federal Communications Commission (FCC) in Republican hands, Trump-appointed FCC Chairman Ajit Pai got his wish and net neutrality was officially rescinded on June 11, 2018.

Well, not so fast.

The States, the Courts and Congress

Fierce opposition to this gift to Republican corporate donors like Verizon, Comcast and AT&T has materialized on three fronts:

What is Net Neutrality?

Net neutrality is the principle that Internet Service Providers (ISPs) and the governments that regulate them must treat all data, traffic, content, websites, platforms, whatever method of communication, the same. No authority is allowed to block, speed up or slow down or give preferential treatment to any online content.

Some profound person came up with the analogy of the “dumb pipe.” That is, the water pipes in a city’s water supply system provide a steady stream of water to users without regard to the user’s identity or what the water will be used for…because it is unable to distinguish them…and discriminate.

A free, open internet is essential for small business start-ups and entrepreneurs to get their word out. Without net neutrality, perhaps Google or Facebook would have never launched and enriched our lives.

It is the way we’ve always enjoyed the internet. It preserves our right to communicate freely online.

During the Obama administration, the Federal Communications Commission (FCC) had eyes and ears on certain ISPs’ attempts to violate open internet rules. Specifically, both Comcast and Verizon were caught “throttling,” or slowing down, video streaming in order to allegedly incentivize  pricing schemes. AT&T was caught limiting access to FaceTime so that only AT&T customers could enjoy that application.

After the courts rejected two FCC attempts to craft net neutrality rules because they lacked a legal foundation, the agency under chairman Tom Wheeler in February 2015 came up with a remedy: classify the internet as a “common carrier” under Title II of the Communications Act of 1934. It held. People continued to enjoy the internet as they always knew it.

A Solution in Search of a Problem

As mentioned, the Trump White House nominated a Republican, Ajit Pai, to be the new chairman of the FCC. A former associate counsel for Verizon, Pai joined the FCC in 2007 and was especially outspoken about his opposition to net neutrality and  Wheeler’s “common carrier” remedy.

Predictably, the FCC’s Republican majority voted to phase out Obama-era net neutrality protections. The vote was just the beginning of a lengthy rule-making process in which public comments were solicited.

The public comments that were overwhelmingly in favor of net neutrality (see above polling) had to compete with bots (allegedly with the names of dead people) flooding the system with anti-neutrality nonsense.

But why would Pai and his fellow conservatives or libertarians oppose a reasonable trade-off with solid public support: That government playing referee is a fair price to be paid for a free and open internet?

Throwing bouquets to Republican corporate patrons such as Verizon, Comcast and AT&T is an obvious factor. But here’s another clue for you all:

It’s not just that the tweet makes no sense. The average internet consumer is being made to suffer because of Republican orthodoxy that refuses to accept that government–our government, the government we pay for–can play a constructive role in our everyday lives.

It is a curse we must do battle with constantly. 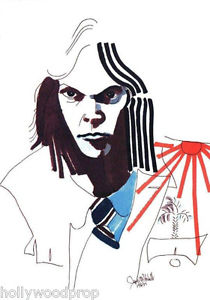