Veteran Candidates on Mission To Turn US Senate Blue

Can Democrats Retake the Senate? 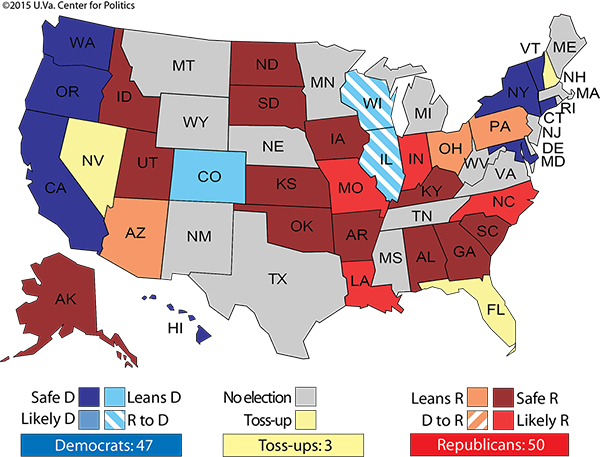 Larry Sabato’s crystal ball is a challenge to Democrats.

If you look closely at the numbers in the map, it would seem that super-pollster Larry Sabato’s “crystal ball” is not very kind to Democrats. Sabato is predicting that the Republicans will probably maintain their US Senate majority. This is in spite of the fact that Republicans must defend 24 seats…to only 10 for Democrats.

Sabato would be the first to tell you that these numbers are fluid…a January snapshot that can be capsized by any number of events (especially the presidential election). Here’s what I like: In three states that portend to be fierce electoral battlegrounds, it will be military veterans who will carry the blue flag. 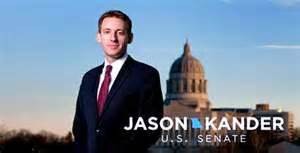 He’s got his proverbial work…

In the race for Senate majority, Missouri might be the hardest nut to crack. The entrenched Republican incumbent is a one Roy Blunt (R-MO), a member of the Senate GOP leadership team. (In those Senate leadership photos, it seems Blunt is always flanking Mitch McConnell on his left, looking like he’s just perceived flatulence.)

Democrat Jason Kander, recently elected Missouri’s secretary of state, is the Democrat’s best hope in this red state match-up. Kander enlisted in the Army Reserve right after 9/11. In 2006, Lt. Kander left his Kansas City law firm to deploy to Afghanistan, where he investigated groups and individuals suspected of engaging in espionage, drug trafficking and other corrupting activities for Al Qaeda and the Taliban. Kander now serves as an intelligence officer in an Army Reserve aviation unit.

He’s got a shot, according to the Kansas City Star:

Among Democrats this year, the Missouri Senate race has evolved from an afterthought to the trendy upset pick in 2016. The change is thanks to Secretary of State Jason Kander, a 34-year-old Army veteran whose fresh face and hawkish foreign policy have put incumbent Blunt on the defensive.

Kander has to quickly upgrade his fundraising. According to the January 14 elections edition of Daily Kos, Blunt has $5 million cash on hand, to $2 million for Kander. Recent polling numbers separate the two by up to 10 points in Blunt’s favor. But there’s time to close the gap. A lot will depend in Missouri (and elsewhere) on Hillary’s (or whomever’s) coattails.

In Illinois, She’s Got This 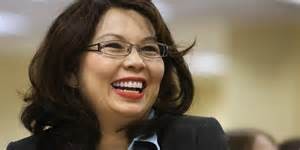 Polling has consistently put Congresswoman Tammy Duckworth (D-IL) at least six points ahead of Republican incumbent Mark Kirk (R-IL), who barely squeaked by his 2010 Senate election (he won by 59,000 votes out of 3.7 million cast). Kirk’s gift for the gaffe has not helped him.

Duckworth is the epitome of what politicos call a “deep bench” for Democrats.

After earning a Master’s Degree in international affairs from George Washington University, Duckworth became a commissioned officer in the US Army Reserve. She chose to fly helicopters…it was one of the few combat jobs open to women. Duckworth deployed to Iraq in 2004.

Tammy Duckworth sustained severe injuries when her Black Hawk chopper was hit by a rocket-propelled grenade fired by Iraqi insurgents. She lost her right leg and left leg below the knee in the attack. The explosion broke her right arm in three places and shredded tissue along her entire arm.

Here’s another first that Duckworth would wish weren’t so: She was the first female double-amputee in the Iraq War. After being promoted to Major at her bedside at the Army Walter Reed Medical Center, Duckworth was awarded the Purple Heart, Air Medal and the Army Commendation Medal with Oak Leaf Cluster.

Joe Gets It From Both Sides 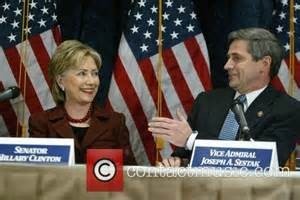 If he wins the primary, Admiral Joe will need plenty of help from this lady.

I wrote an entire post last August on the 2016 Pennsylvania Senate race, and it’s worth checking out for background. This was supposed to be a rematch of the 2010 Senate race, when maverick Navy admiral and ex-Democratic Congressman Joe Sestak lost by a tantalizing two points in an otherwise national Republican rout to Pat Toomey (R-PA), who now gets to be called the incumbent. 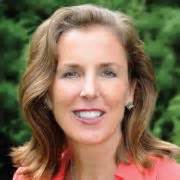 This time around, Joe has company: a primary challenge from Kathleen “Katie” McGinty, a reliable liberal and Governor Tom Wolf’s (D-PA) chief of staff before the likes of former Governor Ed Rendell and other party regulars came calling. McGinty said yes. The state Democratic establishment does not like Sestak and still holds a grudge from 2010.

For Pennsylvania progressives, this is a very unfortunate dilemma (similar to the Hillary vs. Bernie thing). McGinty keeps racking up organizational endorsements. Sestak meanwhile is taking “retail politics” to a whole new level.

As a veteran myself, I have to stick with Joe. You’ve got to  admire his spunk: He won a Congressional seat in a suburban Philadelphia district that had elected only one other Democrat since the Civil War. (He was easily reelected in 2008.) He graduated second in his class at the US Naval Academy. As his distinguished service earned him the coveted rank of Admiral, Sestak was selected by the Clinton White House for a national security position as director of defense policy.

Sestak or McGinty will face the aforementioned Toomey, who got lucky in 2010. I won’t get into Toomey’s leadership, his ideological blinders or his voting record. Well, except for one vote. It tells you everything you need to know about Pat Toomey.

Last fall, as Speaker John Boehner promised to “clean the barn” before departing, Congress voted to approve a bi-partisan fiscal deal that would set spending levels through September, 2016 and allow an increase in the national debt.  It was an historic agreement that not only remedied (at least temporarily) the budget brinksmanship that had plagued Congress, but also assured the full faith and credit of US debt obligations. The Senate approved it, 64-35.

Pat Toomey voted against it. He voted for chaos, financial calamity and worldwide humiliation. Let’s kick him out. 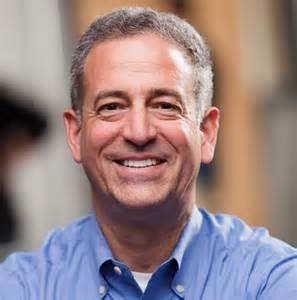 In Wisconsin, Democrat Russ Feingold is girding for a rematch with incumbent Ron Johnson (R-WI). Polling has been favorable to Feingold, who has outraised the incumbent. 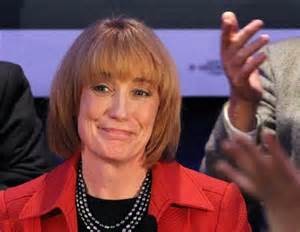 New Hampshire Governor Maggie Hassan is running against Republican Senator Kelly Ayotte (R-NH). They’re polling dead even in a race in which presidential “coattails” will be a crucial factor. 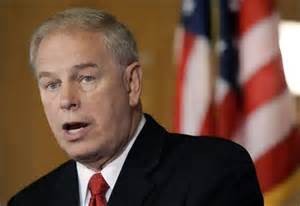