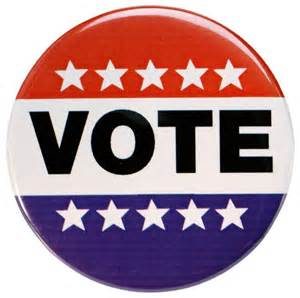 Let’s Not Forget the Hard-Fought Battles Over Voting Rights

I’m sure you’ve heard this is various forms: respected progressive columnist Robert Reich wrote in the online publication AlterNet that, yes, most supporters of Bernie Sanders will gravitate toward Hillary Clinton if Hillary wins the nomination. But he notes that a “good number” might sit out the election because of the “anti-establishment fury in the election of 2016 may prove greater than supposed.”

As well, social media are filled with pithy pledges of ideological “purity.”

This can’t be good. We’ve just been through the election of 2014, in which turnout plummeted to it lowest rate in seven decades. Among the reasons, according to the Brennan Center of Justice: “One in four eligible citizens can’t vote simply because they aren’t registered. Those who show up  are often met with hours-long lines, outdated voting machines or error-laden lists that prevent them from casting a ballot.” Are we adding monastic vows to the list?

It seems our democracy is in desperate need of repair. But in many states, the exact opposite is happening.

The tortuous history of universal voting rights has been well-document in the book The Fight To Vote. It is authored by Michael Waldman, the president of the aforementioned Brennan Center of Justice at the New York University School of Law. Waldman was a top aide and speechwriter in the Bill Clinton White House.

The Fight To Vote recounts bitter conflicts early in our nation’s history  on just who has the right to vote. At first, only white men who owned property could vote. In 1776, John Adams, who would become president 20 years hence, shuddered at the idea of all-inclusive voting rights. Adams:

There will be no end to it. New claims will arise. Women will demand a vote. lads from 12 to 21 will think their rights not enough attended to, and every man, who has not a farthing, will demand an equal voice with any other in all acts of state. 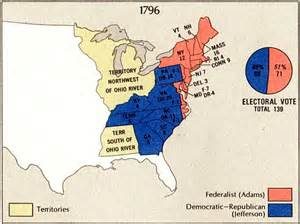 At the Constitutional Convention, according to Waldman’s book, Benjamin Franklin angrily squashed any talk of a wealth test for voting. Mouthing Franklin’s “democratic credo,” James Madison declared in the Federalist Papers: “The electors are to be the great body of the people in the United States.”

Voting rolls multiplied as more working people joined political parties. In fact, it was the fledgling Democratic Party and its leader Andrew Jackson, that would enjoy the doubling of voter turnout in the election of 1828 (from 1824). 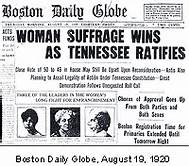 A century later, the resilience of American democracy was again put to the test. The so-called Progressive Era was said to inspire several amendments to the US Constitution, one of which would finally add women to the voting rolls.

In quick succession, Amendment 17 (ratified in 1913) gave citizens the right to vote directly for their US Senator. Amendment 19 (ratified  in 1920) said simply, “The right of citizens of the United States to vote shall not be denied or abridged…on account of sex.”

This historic win by women suffragettes came at a price: Wedged in the middle was Amendment 18, ratified in 1919, which banned the sale and manufacturing of alcoholic beverages (repealed in 1933). Some historians would link Prohibition and women’s suffrage as a “devil’s bargain,” in which one would not have passed without the other. There’s no doubt many women at the time wanted both and would surely be content with history’s verdict. 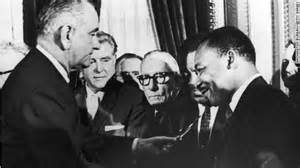 After the signing of the Voting Rights Act of 1965.

Speaking of Constitutional amendments, it was Amendment 15, ratified in 1869, that granted African-Americans the right to vote. Of course that wasn’t the end to it. Most laws enforcing the amendment’s provisions were repealed when Reconstruction ended in 1877. Jim Crow laws that used violence and electoral fraud to disenfranchise blacks gave rise to the modern Civil Rights Movement, which demanded that voting rights of racial minorities be protected.

Finally, it took a president from the south–Lyndon B. Johnson–to sign landmark legislation that codified voting rights enforcement. The Voting Rights Act of 1965 contained a special provision referred to as Section 5 that applied to only certain jurisdictions, mainly in the south, that practiced historically entrenched discrimination in their voting laws and practices. Section 5 had a “preclearance” requirement that prohibited certain states and localities from implementing any changes to their electoral practices without gaining federal approval.

In 2013, in Shelby County v. Holder, the Supreme Court struck down Section 5’s coverage formula as unconstitutional, questioning its relevance to current conditions.

Just as Citizens United opened the floodgates to “dark money” into our electoral system, the slackening of the Voting Rights Act has given certain states a license to restrict, confound and otherwise disrespect people’s voting practices. For example:

There have also been many positive developments in states that are considering automatic registration and the 30 states that allow online registration. Three states hold elections entirely by mail.

The whole point of this thumbnail history lesson is to remind you that social progress and voting rights go hand-in-hand. We’ve come a long way from the musings of John Adams. We did it. We built that.

To paraphrase Madeline Albright, there’s a special place in hell for Democrats who sit out an election because his or her candidate didn’t make it and the other one doesn’t pass a purity test. All of the social progress we have achieved thus far can be easily flicked away by Donald Trump’s baby-carrotted fingers.