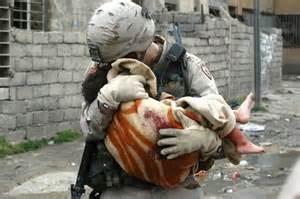 As scandals typically go, this one started with a “whistleblower.” According to Politico, it was in December 2013 when “Sam Foote, a doctor of internal medicine with the Phoenix VA, retired and began meeting with [a reporter] with detailed allegations that patients were placed on secret waiting lists and several died while awaiting care.” Dr. Foote also sent letters to several congressmen and to the US Attorney’s office. Finally, in April of this year, the VA “scandal” broke.

Lurid details followed. The VA was blamed for 35 veterans’ deaths while they awaited care…then it was 40 deaths. On May 30, Secretary of Veterans Affairs Eric Shinseki resigned. In June, “an internal VA audit…found that more than 120,000 veterans were left waiting or never got care and that pressures were placed on schedulers to use unofficial lists or engage in inappropriate practices to make waiting times appear more favorable.”

The alleged misdeeds on the part of VA officials will not be debated here. But what is sorely missing from the whole national conversation about the VA scandal is why it happened. How did the VA health system get so overloaded that authorities felt compelled to “cook the books?”

Our country’s recent war in Iraq–how it was fought and what that did to our soldiers–provides a significant clue. 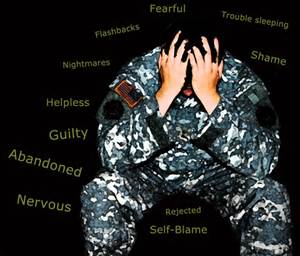 Post Traumatic Stress Disorder (PTSD) is a soldier’s worst nightmare…literally. According to a National Center for PTSD fact sheet, traumatic war experiences can cause several unwanted reactions in veterans, including: distressful memories or re-experiencing (“flashbacks”); difficulty falling or staying asleep and concentrating; irritability, anger or rage; remaining constantly on the lookout for danger (“hypervigilance”); shutting down and emotional numbing; depression; and self-blame, guilt and shame.

According to CBS News’ 60 Minutes, the US military began to notice additional stress and more psychological problems among its soldiers during the war with Iraq. During that war, fighting was up close and personal, with frequent difficult contact with a civilian population. Maj. Geoffrey Grammer, a psychiatrist, told 60 Minutes that he:

…likes to tell soldiers that they aren’t going crazy…they’re just having a normal reaction to a very crazy situation. Iraq’s guerilla war, where the enemy is invisible, but can strike at any time. Where ordinary objects, like cars and roadside debris explode with no warning. And where insurgents are dressed like civilians but are lethal combatants. 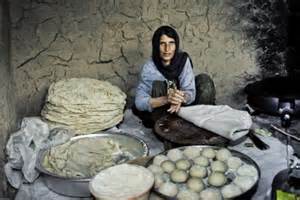 Just how prevalent is PTSD among soldiers returning from war? How widespread is this affliction that is causing the VA health system to burst at the seams? Here are the numbers:

So perhaps you are wondering why the emphasis here is more on Iraq than on the war in Afghanistan. The statistic is provided by the VA: PTSD affects an estimated 11 percent of Afghanistan war veterans, as opposed to 20 percent of veterans who served in Iraq. The reason cited by the Washington Post’s Wonkblog: “Combat in Iraq is not entirely like combat in Afghanistan. And research consistently concludes that veterans are returning from Iraq…with what appears to be a greater exposure to stressors and higher levels of PTSD.”

Remember all those deaths at the Phoenix VA mentioned at the top of this story? Well, those allegations might have been speculative with regard to cause and effect, and given the “tabloid treatment” in the national press. Investigators at he VA’s Office of Inspector General (OIG), an independent agency, found no proof that delays in veterans’ care caused any deaths at the VA in Phoenix. Acknowledging that the VA is “in the midst of a very serious crisis,” the OIG “was unable to conclusively assert that the absence of timely quality care caused the deaths of these veterans.”

To reduce wait-time, President Obama recently signed into law a $10 billion appropriations bill over three years that would pay for private doctors for veterans who are unable to get timely appointments at their local VA. According to the Huffington Post, “the new law includes $5 billion for hiring more VA doctors and other medical staff and $1.3 billion to open 27 new VA clinics across the country.”

Full disclosure: The author is a veteran who receives a good portion of his health care from the Philadelphia VA. He attributes his good health in large part due to the care he’s received there.